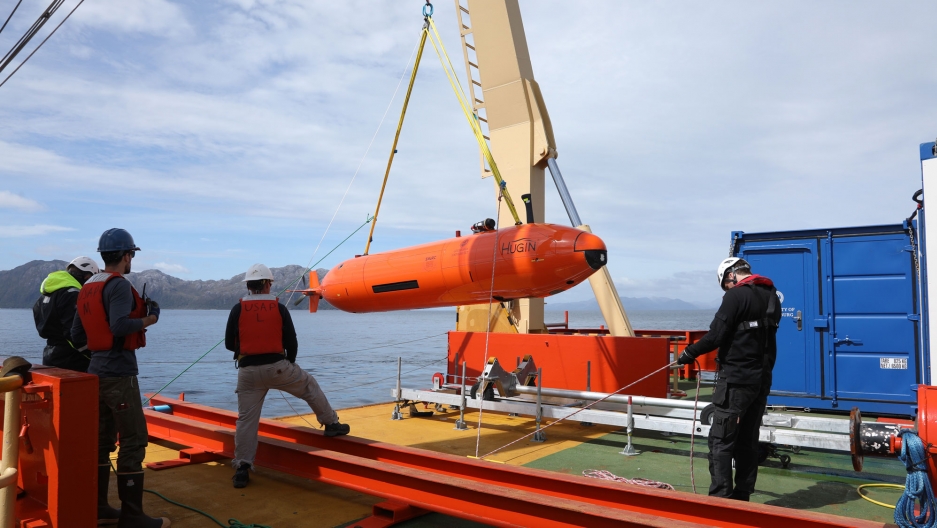 Researchers hoist the Hugin autonomous submarine onto the deck of the Nathaniel B. Palmer at the start of the ship’s mission to study Antarctica’s massive Thwaites Glacier.

Scientists aboard the icebreaker Nathaniel B. Palmer this week are getting their first up-close look ever at a massive Antarctic glacier that could play a big role in global sea level rise.

They think the Thwaites Glacier is melting and becoming unstable primarily because water that’s warmer and saltier than normal is reaching the underside of its ice shelf, which juts out into the sea. But they don’t know exactly how much heat that water is bringing to the area, or whether it’s been brought by changing wind patterns linked to climate change.

On this voyage, scientists are measuring the water temperature and salinity in front of Thwaites and looking at troughs and sediments on the seafloor, all in an effort to figure out how much this warm water may be getting piped in under the glacier’s floating edge, and what it might mean for the glacier’s future.

It’s a crucial question. Thwaites is increasingly unstable, and a rapid collapse could raise global sea levels by 1-2 feet over 50-100 years. 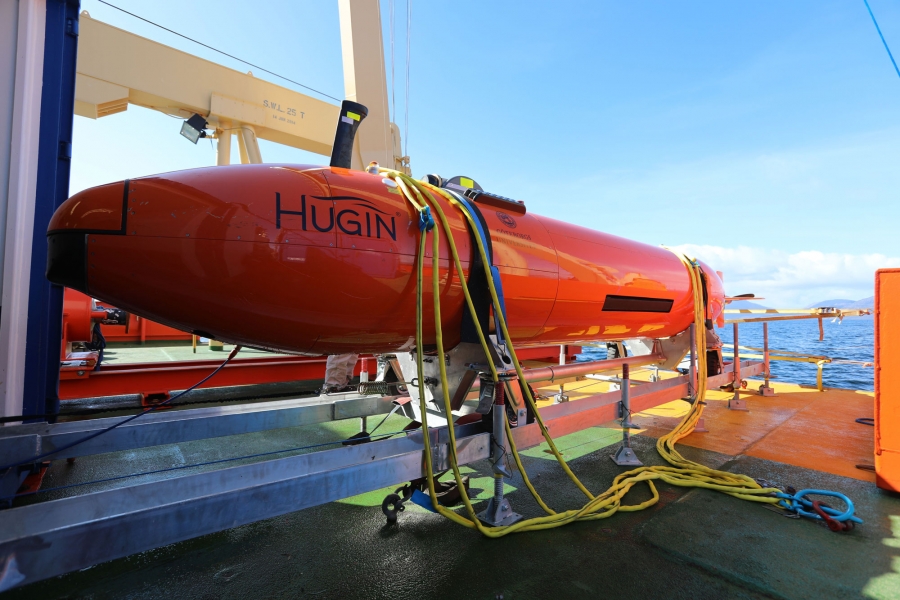 The Hugin on deck.

One of the newest scientific tools that they have on board to study all these things is an unmanned submarine called Hugin. It’s about the length of a shipping container and has roughly 20 sensors on it that track changes in the water and map the seabed. 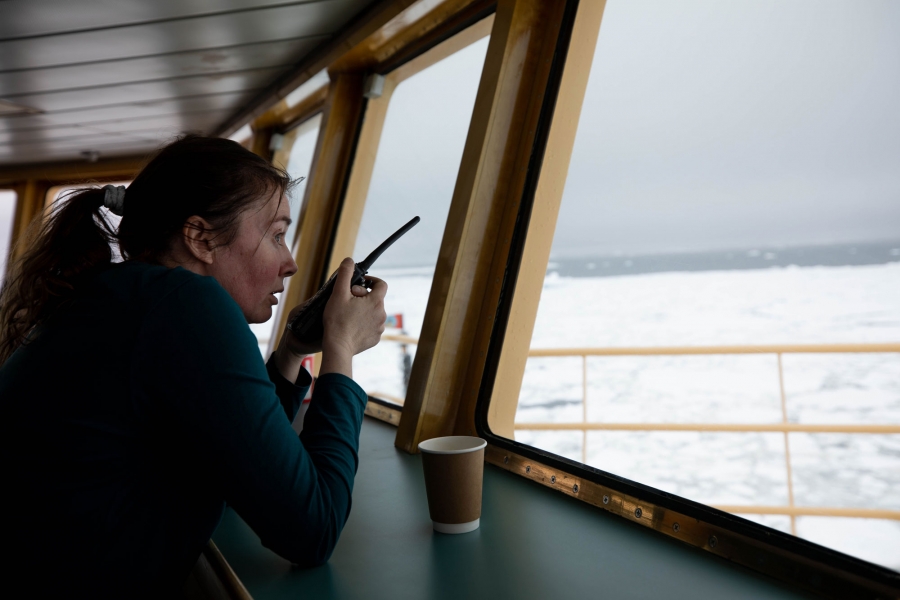 University of Gothenburg oceanographer Anna Wåhlin, director of the Hugin project, waits on the bridge of the Nathaniel B. Palmer for the Hugin submarine to surface in icy seas near the face of Thwaites Glacier. 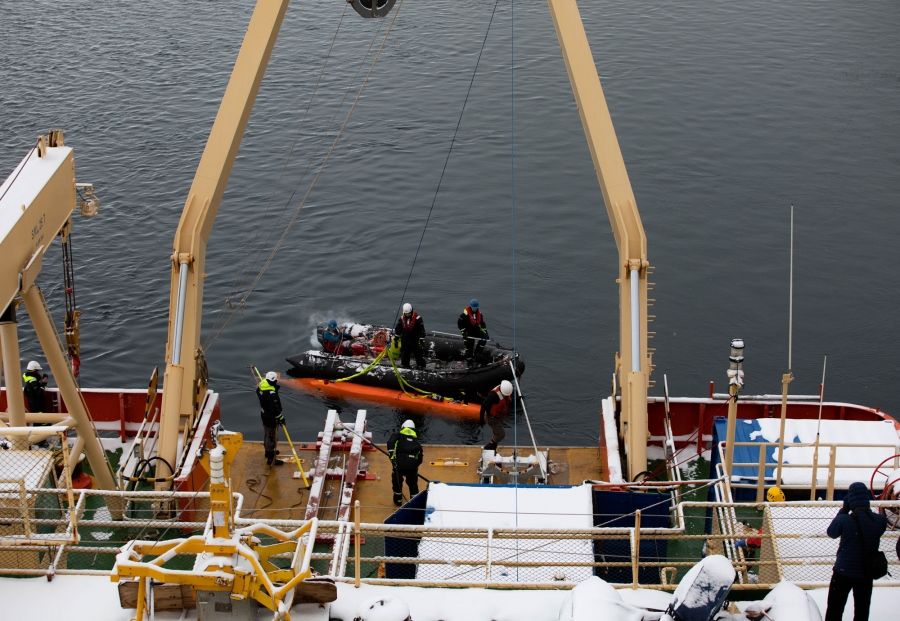 After wrangling the Hugin with a small Zodiac, the sub gets tied to a winch cable and hoisted back on deck of the Nathaniel B. Palmer. 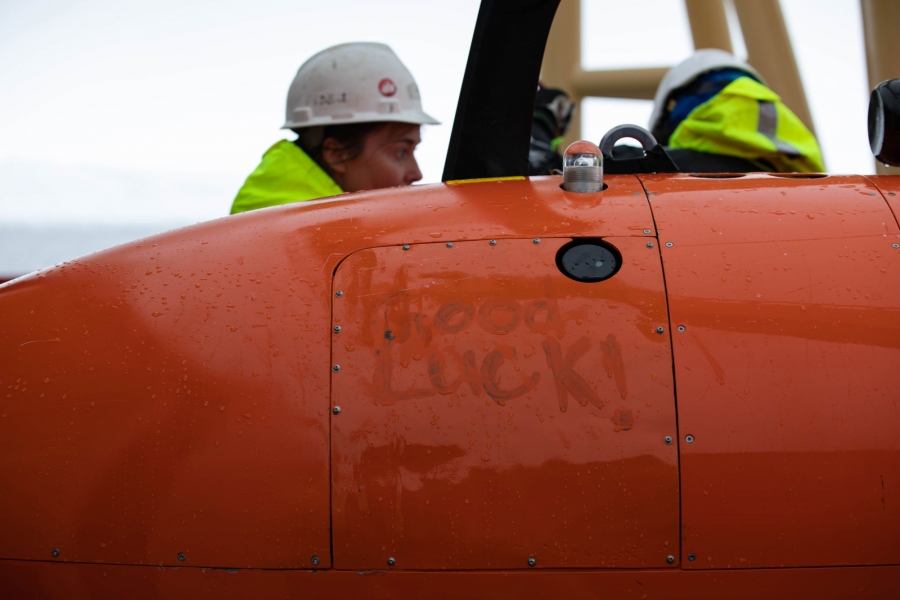 A good luck message on the side of the Hugin survived the sub’s 13-hour mission in the Amundsen Sea around Thwaites Glacier. 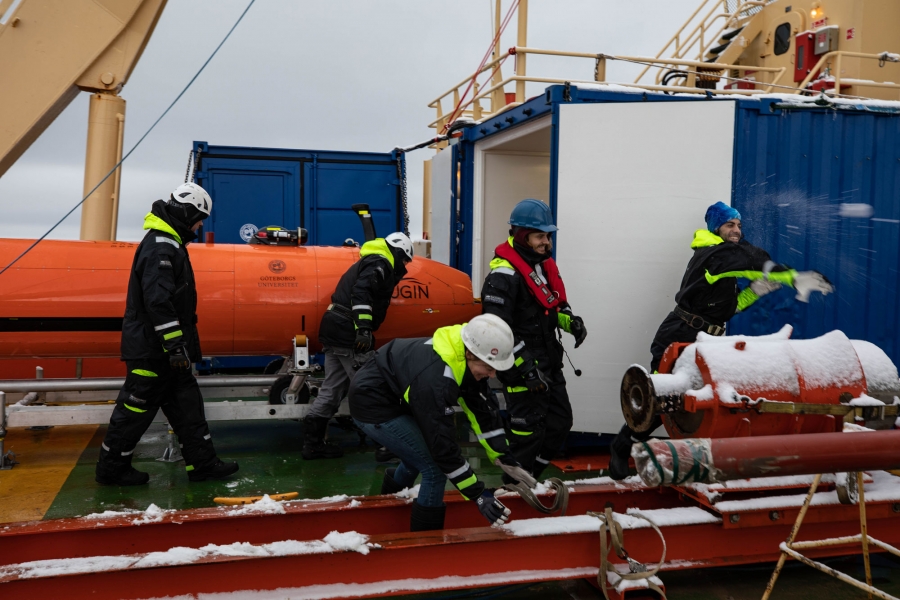 University of Gothenburg scientists have a celebratory snowball fight after the Hugin returns from its first mission near Thwaites Glacier on March 1, 2019. 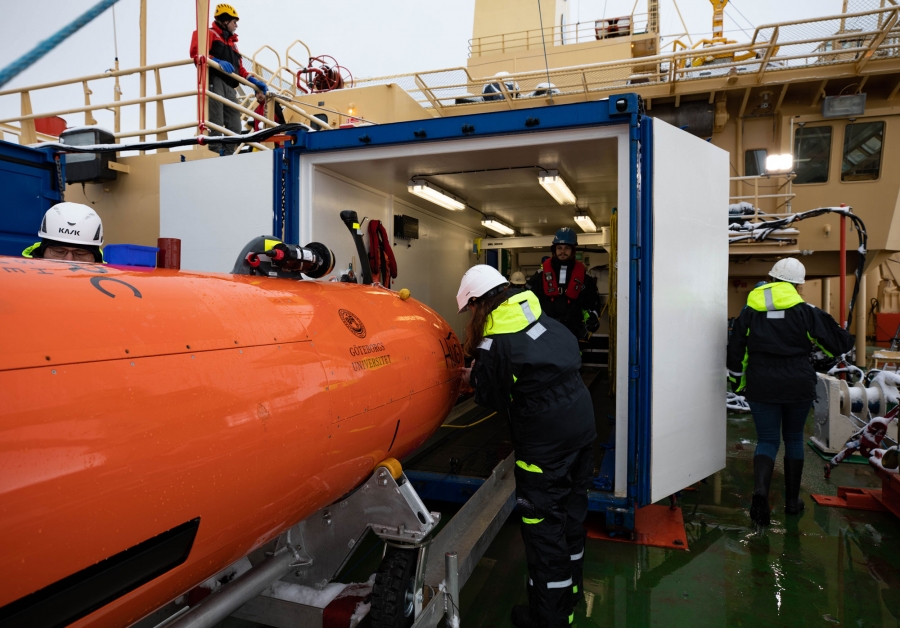 Aleksandra Mazur opens a panel on the Hugin to download data from its excursion. 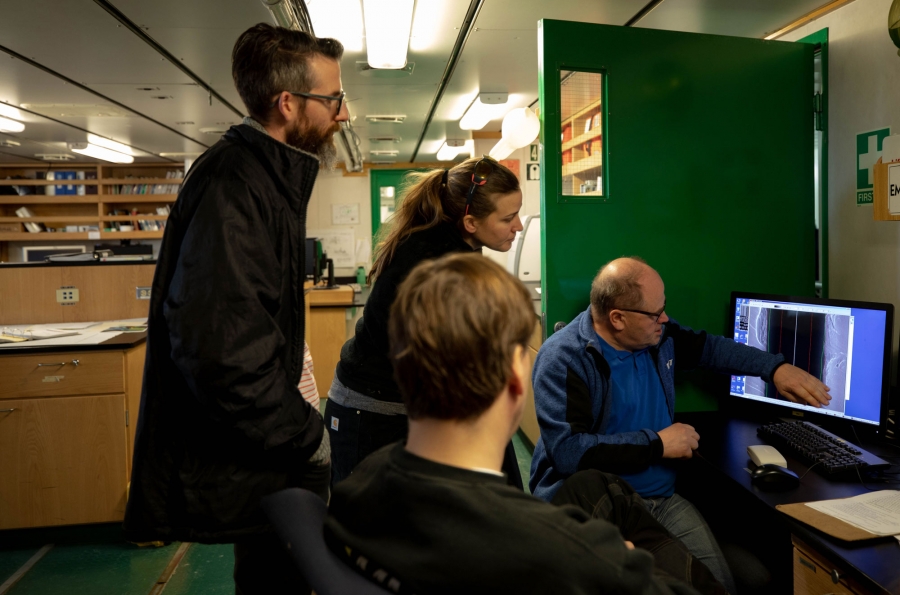 Scientists gathered in the ship’s lab to look at early images the Hugin captured of the seafloor near Thwaites.

Most of the data the Hugin collected on its first Thwaites mission still needs to be analyzed, and, there are more missions to come on this voyage. But whatever its discoveries, project director Anna Wåhlin says this first mission has already proved the value of high-tech, autonomous vehicles like the Hugin in the push to get a better understanding of what’s going on where the water meets the ice in Antarctica.