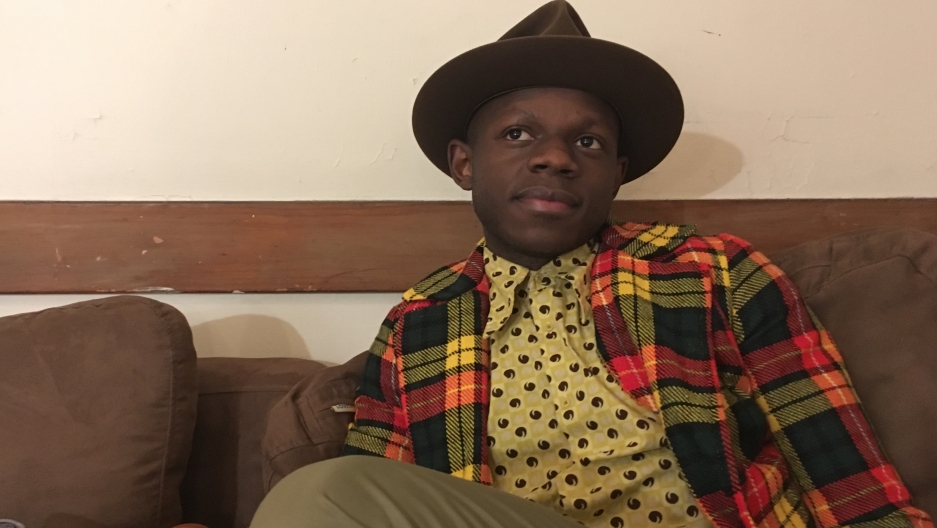 J.S. Ondara discovered he loved the music of Bob Dylan when he lost a bet.

Ondara was in high school in Nairobi when he got in a fight with another student over the song “Knockin' on Heaven’s Door.”

“So, we got into this fight, and we made a bet,” Ondara explained. “I lost a bet. But I got to discover the music of Bob Dylan and fell into this rabbit hole, which eventually led me to Minneapolis, to his home state. ”

When Ondara won the US visa lottery five years ago he swapped Nairobi for Minneapolis — “straight to the cold” — because of his love for Bob Dylan.

“It’s a very romantic thing to do, you know, do whatever my heart calls me to do,” he said. “I think it’s one of the reasons why I felt this sort of kinship with Dylan.”

(Dylan is from Hibbing, Minnesota, which is about 200 miles north of Minneapolis.)

So then, 20-year-old Ondara arrived in Minneapolis, planning to pursue a career in music.

His first goal was to start a band, but he quickly realized he didn't know anyone. So, he did it alone. He picked up a guitar, put the poems he'd written into melodies and started to "play open mics around Minneapolis, play shows and get feedback."

His first album, “Tales of America,” was released this month and a tour is scheduled for March and April — and locations are beginning to sell out.

The Tales of America tour begins in a few weeks in North America. My good friend @catclyde will be joining me for support. I’m thrilled to embark on my first headline tour and can’t wait to share this special moment with you. Tickets and more info at https://t.co/tV2N2ETd8B pic.twitter.com/tzYkZP70bG

Ondara’s debut album is an 11-song set about his life in the US. The first song is called “American Dream.”

He wrote 20 songs called “American Dream” before this — the 21st — made it onto the album.

“It's one of the songs that I suppose I toiled over the most in the record because I wanted a song called 'American Dream' on the album since it's such a pertinent thing to my journey coming here, but I didn't have it,” he said. “I think it's just me trying to deliberate on what the American dream, that idea, means or could mean from someone who's an outsider and what that would compare to, what it could be once you moved here and you've actually seen what life in America is.”