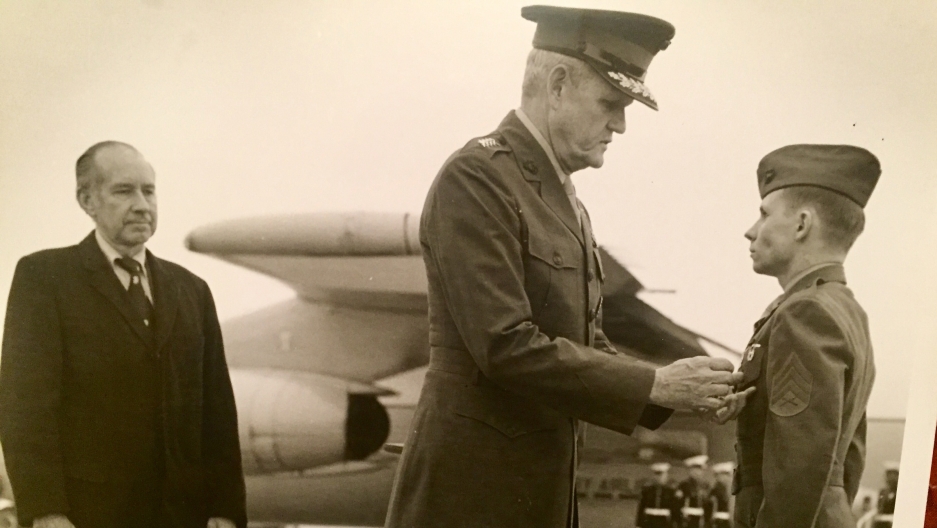 Many Americans remember the Iranian Revolution in 1979 for the storming of the US embassy and the hostage crisis that followed. That, however, was not the first time the embassy in Tehran was breached by protesters. The first time was on Valentine's Day in 1979. Marco Werman speaks with Ken Kraus, a sergeant in the Marine detachment protecting the embassy that day, about what he witnessed.

Many Americans remember the Iranian Revolution in 1979 for the storming of the US embassy and the hostage crisis that followed. That, however, was not the first time the embassy in Tehran was breached by protesters. The first time was on Valentine's Day in 1979.

The current government of Iran was born out of the violence and confusion that was playing out 40 years ago. Loyalists from the old regime of the Shah were refusing to go down without a fight. Marxist revolutionaries competed with the Islamists for leverage.

The staff at the US embassy watched nervously as the chaos swirled through Tehran.

Then, one day, it happened. Iranian revolutionaries scrambled over the wall of the embassy compound.

Ken Kraus was a sergeant in the Marine detachment protecting the embassy. He speaks to The World's Marco Werman about what he witnessed that day.

Listen to Ken Kraus' full interview with The World above. 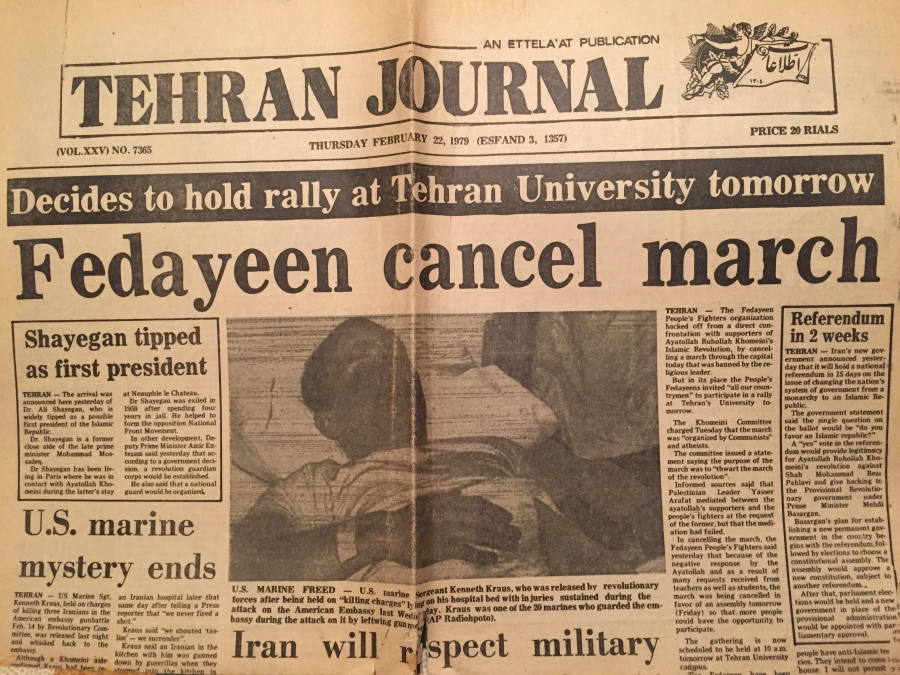 A newspaper clipping of the front page of the Tehran Journal, announcing Ken Kraus' release. Kraus was released by revolutionary forces after being held on "killing charges" during an attack on the American Embassy in Tehran, Iran. 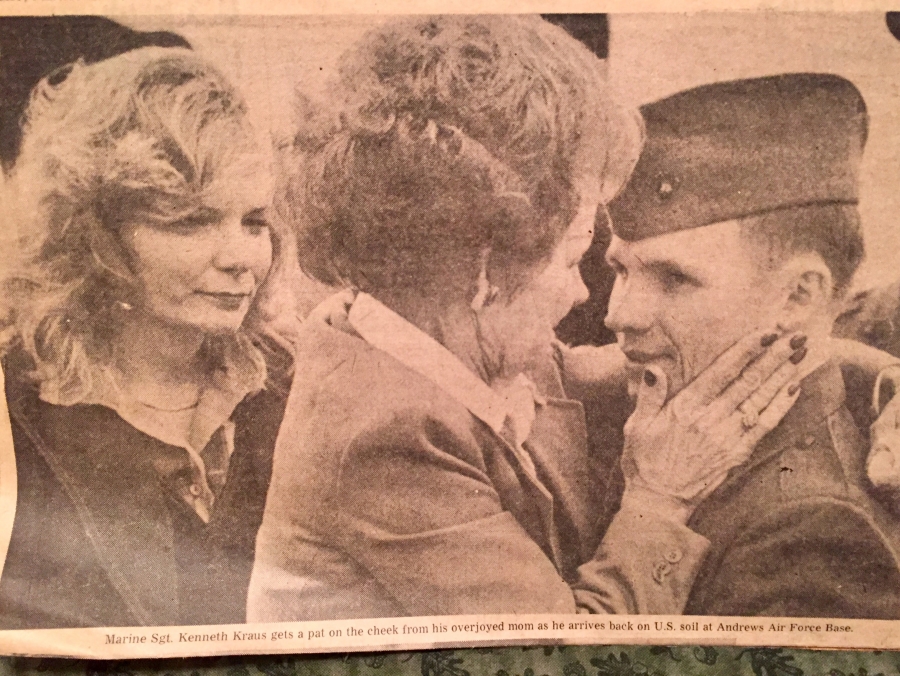 A newspaper clipping of a photo of Ken Kraus and his mother. The caption reads: "Marine Sgt. Kenneth Kraus gets a pat on the cheek from his overjoyed mom as he arrives back on US soil at Andrews Air Force Base." 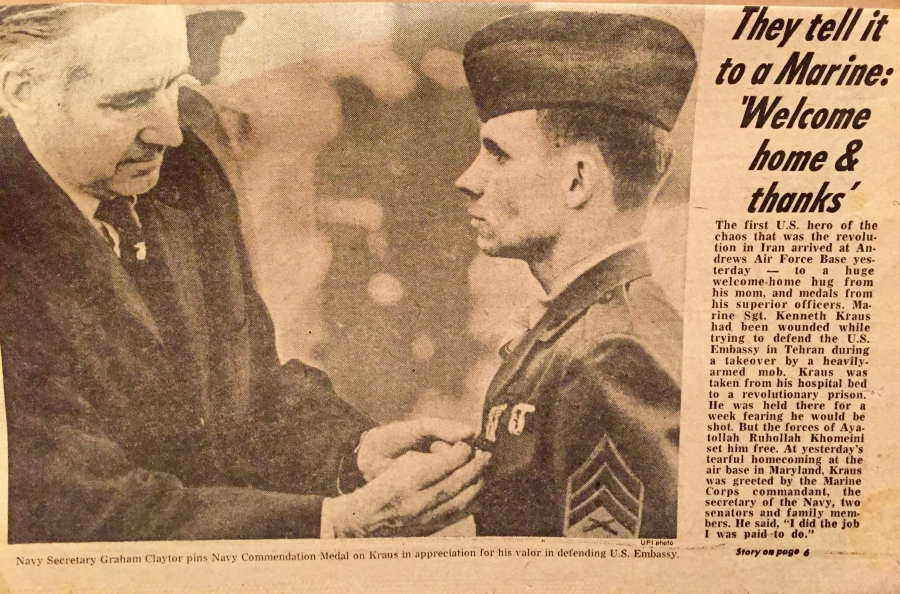