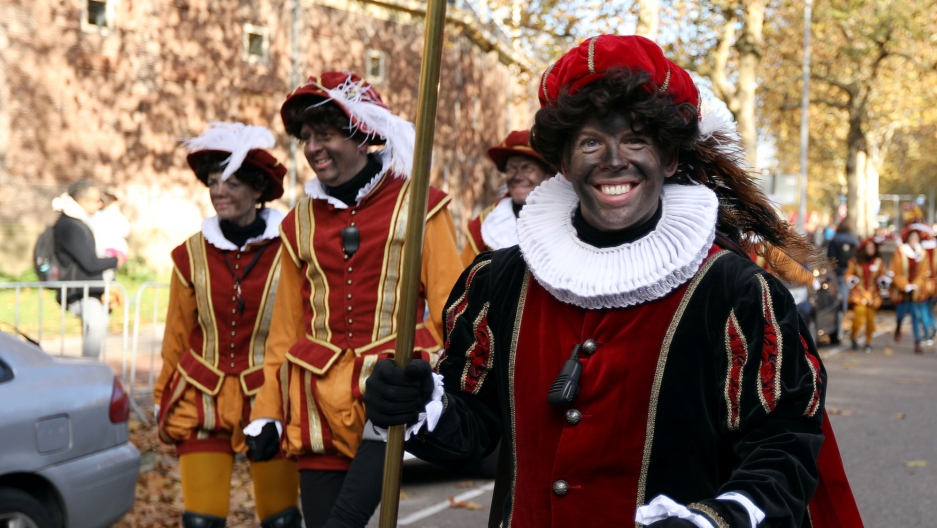 A group of men dressed as "Zwarte Piet" (Black Pete) — who is Saint Nicholas' assistant in a Dutch holiday tradition — are seen during a parade in Amsterdam, November 2018.

In the Netherlands, on the fifth day of December, Santa arrives with a helper. His name, translated to English, is “Black Pete.” If kids have been bad, Black Pete kidnaps them. In parades, he’s usually a white man in blackface.

Spain also has a Christmas-themed example. There’s a tradition of white people painting their faces black to portray a one of the three Wise Men. That also happens in Germany. During Persian New Year, parades in Iran traditionally feature Haji Firuz, a cheerful figure who is usually played by someone in blackface.

While these traditions date back centuries, America began to influence the rest of the world’s view of blackface in the 1800s. Those connections are being reexamined in light of recent incidents. Over the past week, governor of Virginia, Democrat Ralph Northam, refused calls to resign after admitting to wearing blackface in college. The state’s attorney general, Mark Herring, has also acknowledged appearing in blackface, sparking outrage. But lighter-skinned people coloring their faces to appear darker for entertainment isn’t a uniquely white American practice. 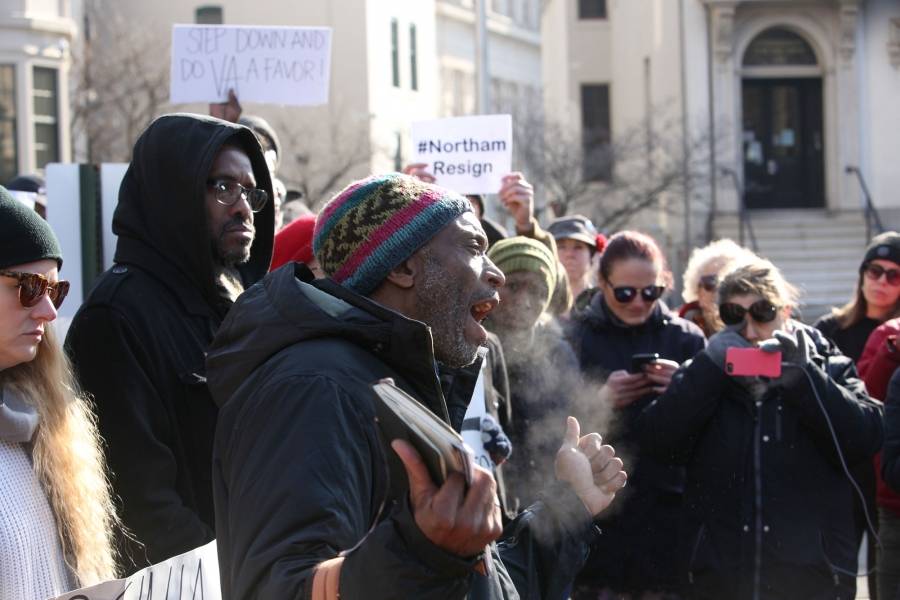 “And then from there, the culture spread out to other places,” Thelwell says.

Blackface minstrels toured Australia, India, South America, South Africa and other places in the world. They were seen as American and therefore exotic, Thelwell says. The shows passed on ideas and images of blackface to other cultures, which were then manifested in new ways. For example, Memín Pinguín, an enduring Mexican comic book character created in the 1940s, is depicted as a black boy with monkey-like features.

“Oftentimes the humor portrayed characters as noncitizens who were unfit for democratic participation in a majority white nation,” Thelwell says. “And oftentimes that humor would set up situations where, wherever black characters tried to be modern citizens, they would fail, and fail comically.”

White people started questioning blackface during the civil rights movement, Thelwell says. By the 1970s, Britain’s popular BBC TV program, “The Black and White Minstrel Show,” with its blackface song and dance numbers, was forced off the air.

“But still there were many British viewers who wanted it to continue,” Thelwell says. “It was eventually revived for a couple years — there were these holiday episodes, and the last televised show was 1978.”

After that, examples of people doing blackface popped up once in awhile in the news. Some white people would try it on Halloween. In Australia in 2009, American actor Harry Connick Jr. was judging a TV talent show, “Hey Hey It's Saturday,” when he was presented with a group of singers in blackface.

“I just want to say on behalf of my country, I know it was done humorously, but we’ve spent so much time trying to not make black people look like buffoons, that when we see something like this we take it really to heart,” Connick Jr. said on the show.

But in the last few years there’s been a steady drumbeat of international examples of blackface. 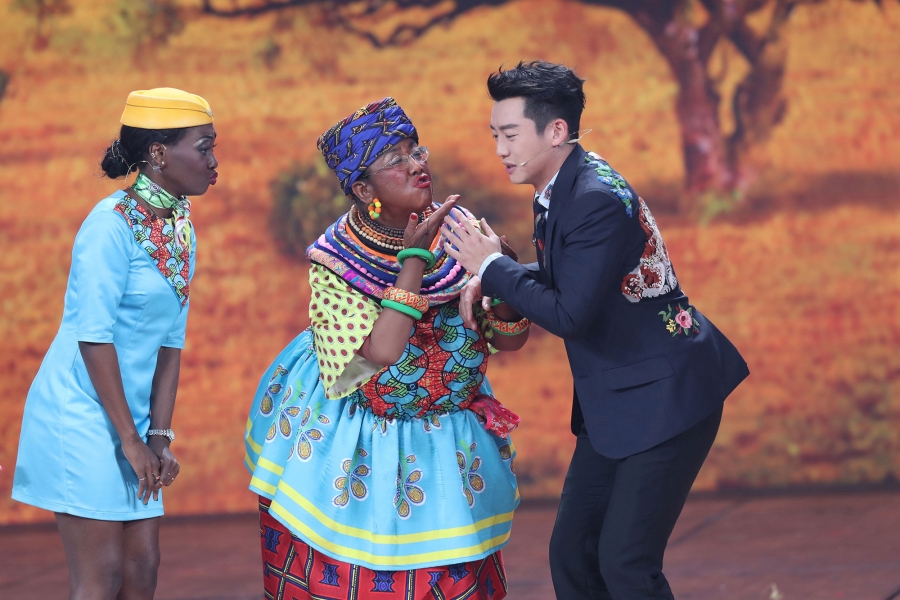 In 2017, a Malaysian beauty store chain apologized after putting out a commercial about a prince who falls for a woman’s voice. When they meet for the first time, the woman tests the prince’s sincerity by appearing in blackface. In 2018, China’s Lunar New Year TV show was criticized for a skit that featured a woman in blackface with an exaggerated rear end. Later that year, a TV actor in Kuwait apologized for appearing in a show with blackface to portray Sudanese people. And just this week, news hit that the Italian fashion brand Gucci was selling a black balaclava sweater that covers the bottom of the wearer’s face with a cutout of big red lips. Gucci apologized after complaints.

“It’s like what comes first? The chicken or the egg?” asks Mia Moody-Ramirez, a Baylor University professor who wrote a book called, “From Blackface to Black Twitter.” She says she’s not sure if there are more instances of blackface happening, or if the news is just covering them more because they’re a big topic on social media.

Movements — from #MeToo to #BlackLivesMatter — go international thanks to social media's reach. People everywhere can weigh in when something happens, anywhere. Moody-Ramirez has never seen as many reported instances of blackface as she has over the last year or so.

“We have definitely reached a tipping point,” Moody-Ramirez says. “Now that we’re talking about it more and dedicating more time to the topic, people in the future will definitely know that it’s wrong.”