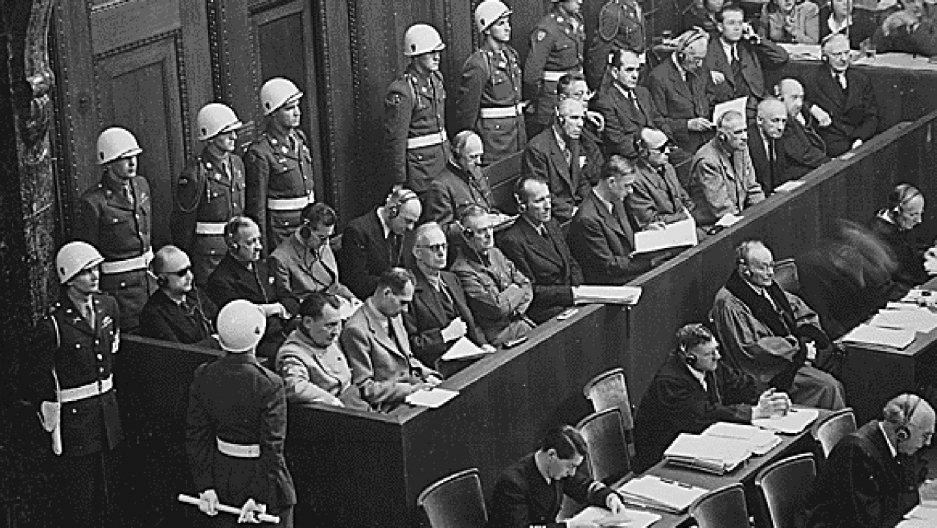 Here's something you don't hear every day: a Supreme Court justice grilling the top brass of the Nazi Party in court. But archivists are working to digitize thousands of old audio recordings of the Nuremberg trials, which will then be released to the public, likely in 2020.

During the course of the trials, which were held from November 1945 to October 1946, newspaper accounts detailed the events. Only a mere 50 hours of the proceedings were filmed, and the nascent television broadcast market was small. The court also published written transcripts of the trials, which run for thousands of pages.

At the same time, audio technicians recorded 1,942 black gramophone records. They offer a complete sound record of the trials. After the trials concluded, they were shipped to the International Court of Justice in The Hague.

“They were, in a way, forgotten,” said Ottar Johnsen, a professor of signal processing at the University of Fribourg. “Not lost, but forgotten.”

In 2006, Johnsen received a call that the Nuremberg recordings had been pulled out of the archives, and the International Court of Justice was looking for way to digitize them.

“They were, in a way, forgotten. Not lost, but forgotten."

Officials were concerned that the recordings, now 70 years old, were too old and fragile to play with a standard record needle. 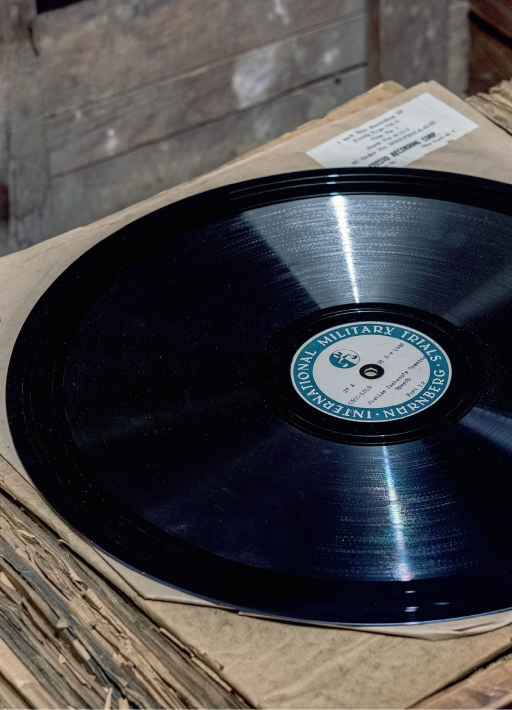 The gramophone records remained in the archives at the International Court of Justice for nearly 60 years before they were brought out to be digitized.

Luckily, Johnsen had been researching a solution inspired by Stefano Cavaglieri, a colleague at the Swiss National Sound Archives.

“It was a completely strange idea about taking a picture of a record, look at the sound and extract the sound,” Johnsen said.

A student named Sylvain Stotzer volunteered to help work on the idea.

“My typical teacher reaction was that it would not work,” Johnsen said.

After only a month, Johnsen and Stotzer succeeded in reading their first record. The process relied on a film photograph of the record’s surface taken in a darkroom. The physical grooves in records contain the sound, so a picture that reveals microscopic detail is crucial. The negative is placed in a high-resolution scanner, and the scanned image is put on a computer where an algorithm reads the sound from the image.

The International Court of Justice thought that Johnsen’s technology could extract the sound from the antique Nuremberg records without damaging them, so in 2006, an ICJ archivist brought 10 records to Switzerland to do a test. Johnsen, Stotzer and the archivist gathered around to listen to the first recording.

“It was very, very clear. It was Jackson,” Johnsen said.

He’s referring to Robert Jackson, a former associate justice of the Supreme Court who took temporary leave to be the chief prosecutor for the United States at Nuremberg.

“When you have the sound, you feel you are in the middle of it, while when you have just the transcript, you are outside it,” Johnsen said.

Beyond the legal battle in Nuremberg, the records are a unique document of the victims of the Holocaust.

Abraham Sutzkever’s testimony at Nuremberg was partially filmed, but his stories of the final days of the Jewish ghetto in Vilnius, Lithuania, were not. In the recordings, he says that a pile of shoes arrived in Vilnius from the nearby Ponary death camp, and among the heap, he spotted his mother’s shoes.

Vilnius’ Jewish population went from around 100,000 to a few hundred during the Holocaust.

Sutzkever finishes his story with a devastating observation: The Nazi-controlled newspaper in Vilnius claimed the Jews had died of an epidemic. In the audio, he pauses for a long time and clears his throat.

Ottar Johnsen believes these recordings are a crucial part of the history of the Holocaust. In the audio, the prosecutors quoted the Nazis’ own extermination reports, interrogated cooperating witnesses and documented the genocide in exhaustive detail. Today, the Anti-Defamation League says 54 percent of the world’s population have never heard of the Holocaust. Of those who have heard about it, 32 percent believe the history is exaggerated or didn’t happen at all.

“We shouldn’t forget because if you forget, then there’s risk of letting other people do a similar thing,” Johnsen said.

But Johnsen’s technology was never used.

In his tests, Johnsen revealed the exceptional quality of the records — they weren’t too fragile to be digitized. Instead, the records are now being converted by a French audio company using sensitive phonograph needles to read them. About one-third of the collection is complete.

But archivists around the world are still excited about the technological discovery Johnsen made. The Library of Congress has been exploring the technology, using an improved technique from Johnsen’s friend and competitor, Carl Haber, from Lawrence Berkeley National Laboratory. They want to refine the technology so it can scan records more quickly, extract higher quality audio from the records and even pull sound from cracked and broken records by piecing it back together “like a puzzle,” Johnsen explained. Meanwhile, the Swiss National Sound Archives has Johnsen’s old equipment, where it’s being used to recover audio from happier times, like postwar radio comedies and old classical music recordings.

“To touch something which is not only concerning science, but humanity, is both challenging and interesting,” Johnsen said. “It was a pleasure.”