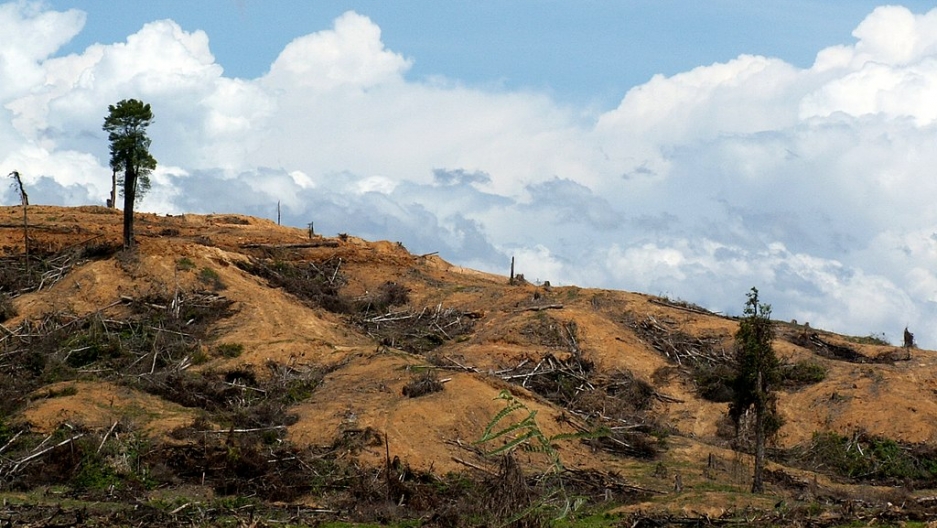 Demand for palm oil is booming. It’s a common ingredient in a wide variety of foods and household products, from cookies, bread and chocolate to soap and shampoo. But, as it turns out, the conversion of tropical forest into land for palm oil plantations has created huge risks for the entire planet.

ProPublica reporter Abrahm Lustgarten has reported on the hidden forces shaping global demand for plant-based fuel. He says some of the problems created by palm oil plantations can be traced back to a law called the Energy Independence and Security Act, which was passed by the US Congress in 2007.

The law was meant to decrease the United States’ reliance on petroleum oil, Lustgarten says, and it did do a couple of good things for the environment. It increased the fuel efficiency standards of automobiles, for example. But it also mandated that the US replace a certain amount of gasoline with ethanol from corn and sugar, and replace a certain amount of diesel fuel with vegetable oils, mainly from soybeans — measures which were supposed to help American farmers and reduce carbon emissions.

The conversion of tropical forest land into palm oil plantations has resulted in a net increase in carbon emissions.

But despite hopes that biodiesel fuels, including those made from palm oil, would become a carbon-friendly replacement for fossil fuels, scientists say the conversion of tropical forest land into palm oil plantations has resulted in a net increase in carbon emissions.

“Indonesian farmers who grow palm oil also contributed to the biodiesel supply,” Lustgarten explains, “but as soybean oil supplies around the world were used up to support biodiesel in the United States, the food industry, which uses vegetable oils for lots of different purposes, went to palm oil instead. So, palm oil demand increased dramatically as the soybean oil on the market disappeared.”

Then, palm oil became a key ingredient for biodiesel and the destruction of the tropical rainforest in Indonesia increased dramatically. “It’s total devastation,” Lustgarten says. 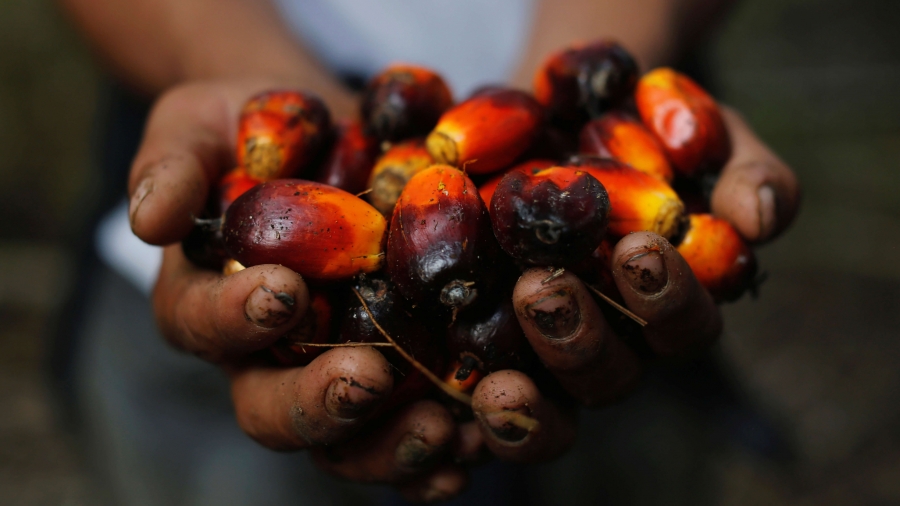 When the forest is cleared, the ground is laid bare in rows of long puddles that can stretch for a half to a full mile, created by groundwater that comes up through the peatland soil.

“It's a marsh. It's just a huge expanse of brown mud,” Lustgarten says.

The forest and the underlying peatland are a huge carbon bank, but as soon as it is cleared, it begins to release its carbon. As the land dries out, the rate of release increases, and if it's burned, which often happens after it's dried out, then that release rate increases exponentially, Lustgarten explains.

As Lustgarten reported in his story for ProPublica, the clearing of peatland that has already occurred in Indonesia up to this point is equivalent to operating 70 new coal-fired power plants.

“It's a regular source of emissions and it lasts for many months, many years, even a century, depending on the piece of land and the exact habitat,” Lustgarten notes.

Palm oil use for biodiesel is three to five times worse for the climate than burning petroleum diesel.

US and European researchers unanimously agree that palm oil use for biodiesel is much worse for the climate than burning petroleum diesel, Lustgarten says. If there is any debate at all, it’s about how much worse. Those estimates range from three to five times worse.

In addition, there are enormous ecological and biodiversity impacts from palm oil, Lustgarten adds.

“You're taking one of the most robust and diverse natural environments on the planet and replacing it with a monoculture crop that basically displaces everything that used to be there,” he explains. “Then, you're using fertilizer and chemicals to support that crop, and it's really devastating. Many, many species are impacted — among them, famously, is the orangutan, whose habitat is right in the middle of the palm oil plantation areas that we were in, in Borneo. That's the most vivid example of the loss of species.”

Indonesia made carbon reduction commitments under the Paris climate agreements and officials say they're concerned about their climate emissions and about climate change, in general, Lustgarten says. Ironically, however, they are pushing their own biofuel mandates, making themselves their largest customer for palm oil-based biodiesel.

“They argue that this is going to be one of the strategies for meeting their commitments in Paris, and they don't accept measures which say that palm-based biodiesel is worse for the climate and worse for carbon output than just burning petroleum,” Lustgarten explains. “They're on a path that's going to lead in the opposite direction, despite their professed concern for the climate that’s shared with us.”

The risk for the planet is enormous, Lustgarten says. Tropical peatland habitat in Indonesia and other places equals a full 20 percent of all the land-based carbon stock on the planet.

“When you have the United Nations and other institutions warning that we have about a decade left to get control over our global emissions rates of increase, ignoring the one-fifth of planetary supply of carbon in Indonesia is really sort of a perilous game,” he says.