An exhibition of Soviet ornaments and toys at the Museum of Russian Icons in Clinton, Massachusetts.

In Soviet Russia, Christmas was frowned upon. Soviet schools taught Atheism. The Community Party would not accept religious people as members.

So how then, is this a story about Russian Christmas ornaments?

As a way for families to celebrate a holiday during the cold and bitter winter, the idea of New Year's trees was proposed in the 1930s.

And their ornaments of choice?  Cosmonauts and corncobs. That's what was proudly displayed on New Year's Day trees during the height of the Cold War in the Soviet Union.

Franklin Sciacca, a professor of Russian language and literature at Hamilton College in Clinton, New York, has been collecting Russian related items since the 1970s. One area of interest has been Soviet-era ornaments. His collection is on display at the Museum of Russian Icons in Clinton, Massachusetts. Here's a small sample of some his ornaments. 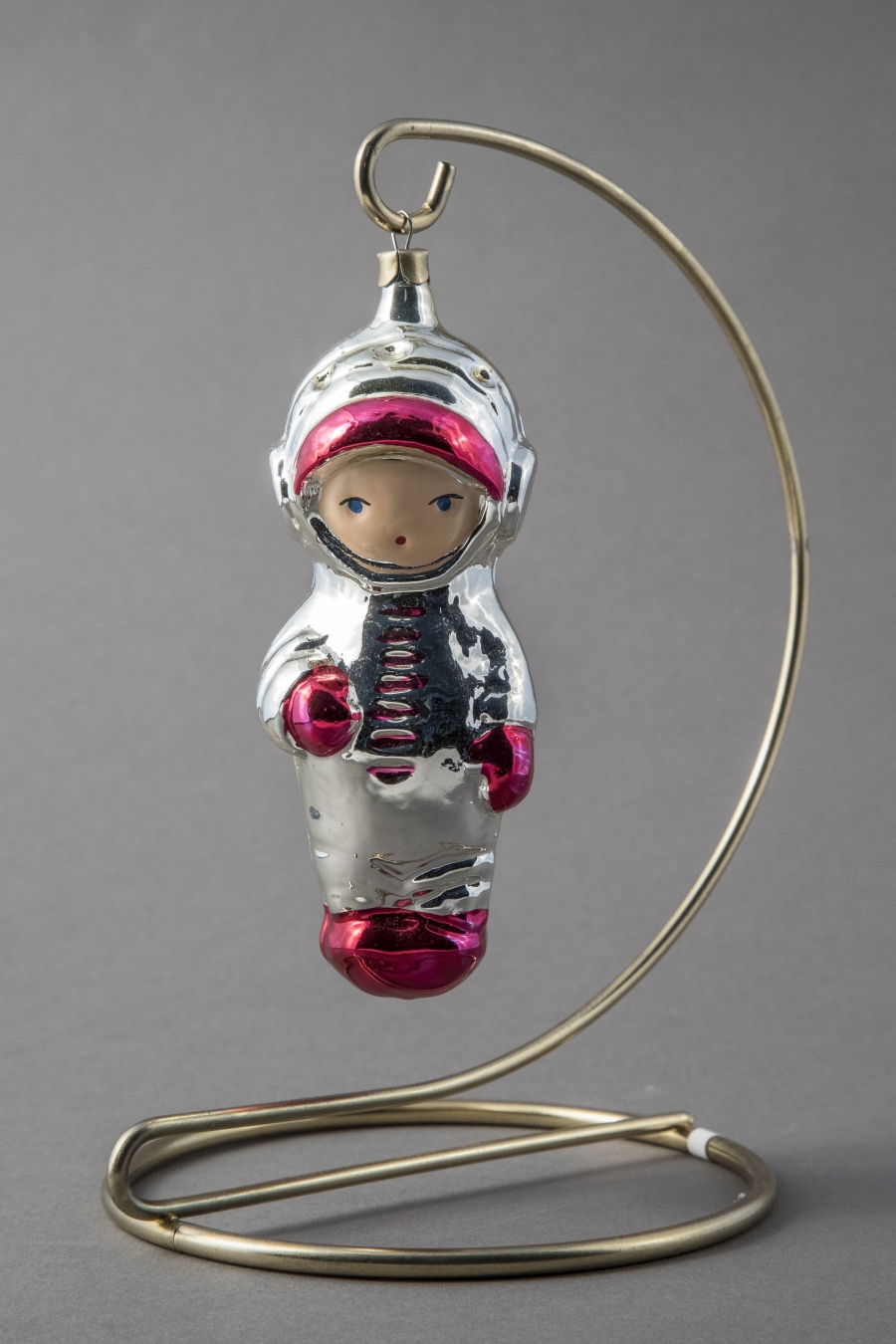 A cosmonaut ornament from 1960, made of painted blown glass in a Russian factory.

The Russians were the first to send a cosmonaut into space, so what better way to celebrate that achievement than with a cosmonaut ornament?

Laura Garrity-Arquitt, registrar at the Museum of Russian Icons, says these ornaments were "fairly common, most Russians would have wanted one on their tree. They would have been available in all the shops."

Sciacca remembers buying this small boy dressed as a cosmonaut at a legendary children's store in Lubyanka Square in Moscow.

The 1960s and 70s was the height for Soviet-era space-related ornaments. 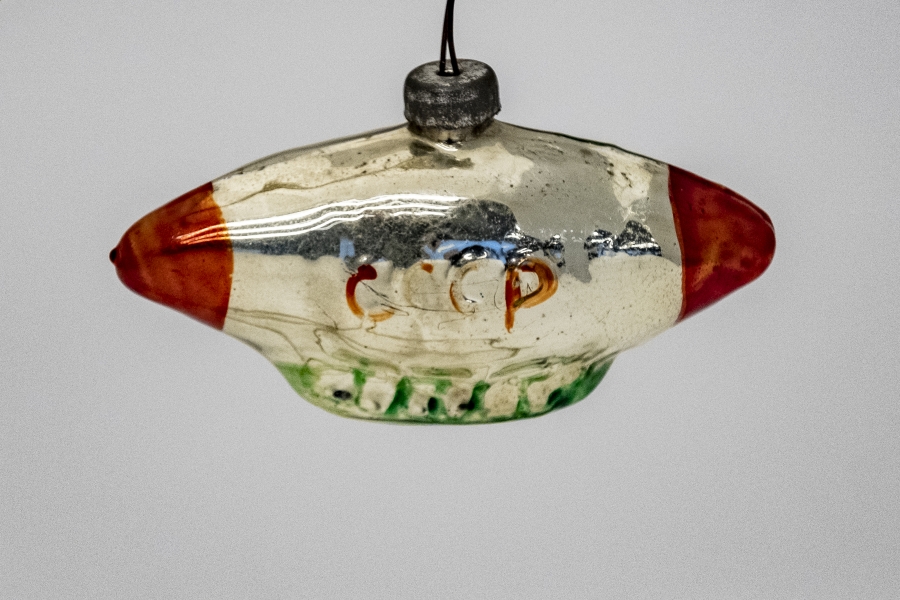 The 1960s and 70s was the height for Soviet-era space related ornaments. 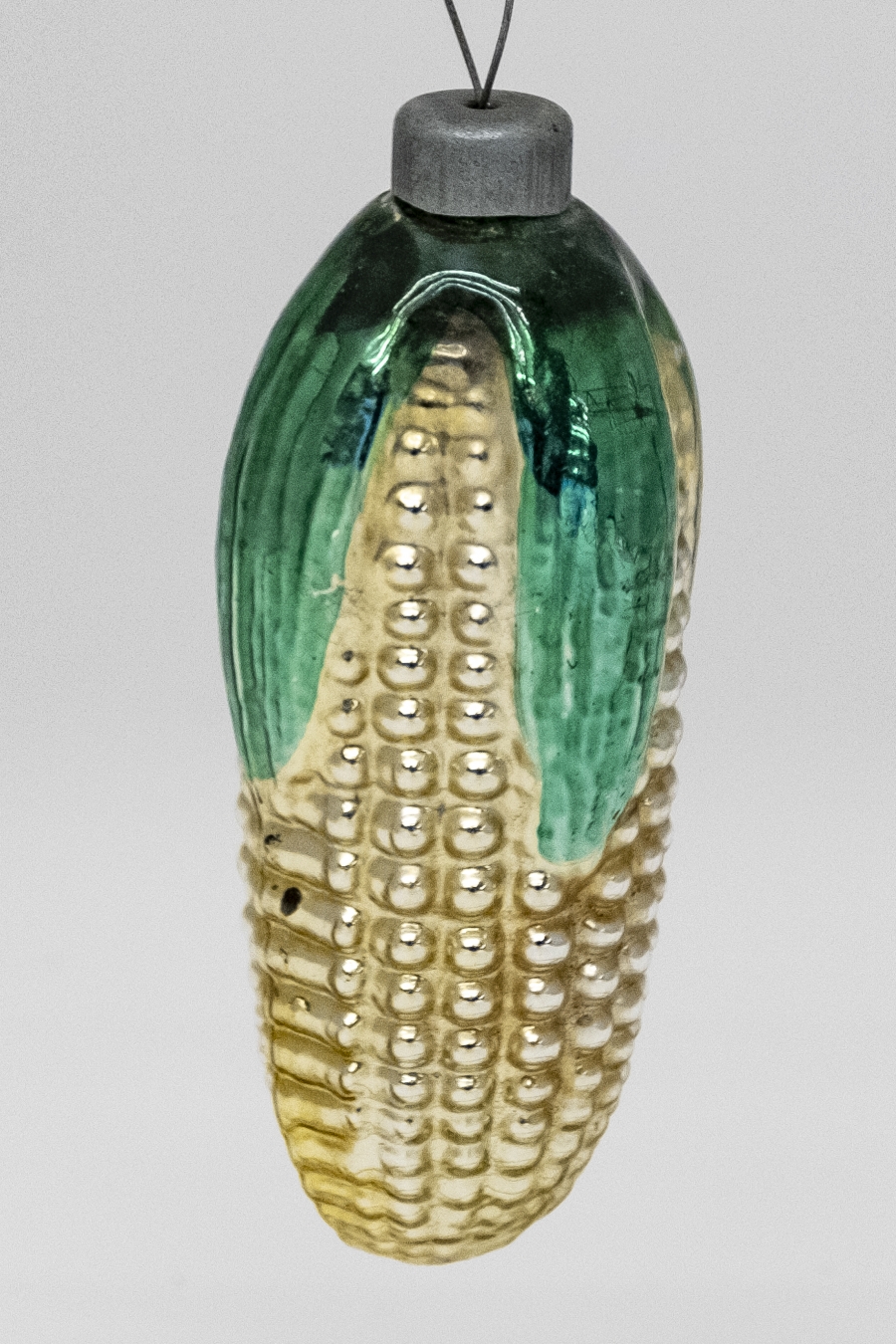 Agriculture ornaments became all the rage after Nikita Khrushchev visited farms in Iowa in 1959.

Another common theme were agriculture ornaments. In September 1959, then Soviet leader Nikita Khrushchev visited farms in Iowa and was impressed by all the corn fields. According to Garrity-Arquitt, when he got back to Russia, he helped rebuild farming communities. Much like the space race, Khrushchev's corn campaign became one of his key issues.

Ornaments of corncobs "became an economic symbol that you could hang on your ... tree," Sciacca says. 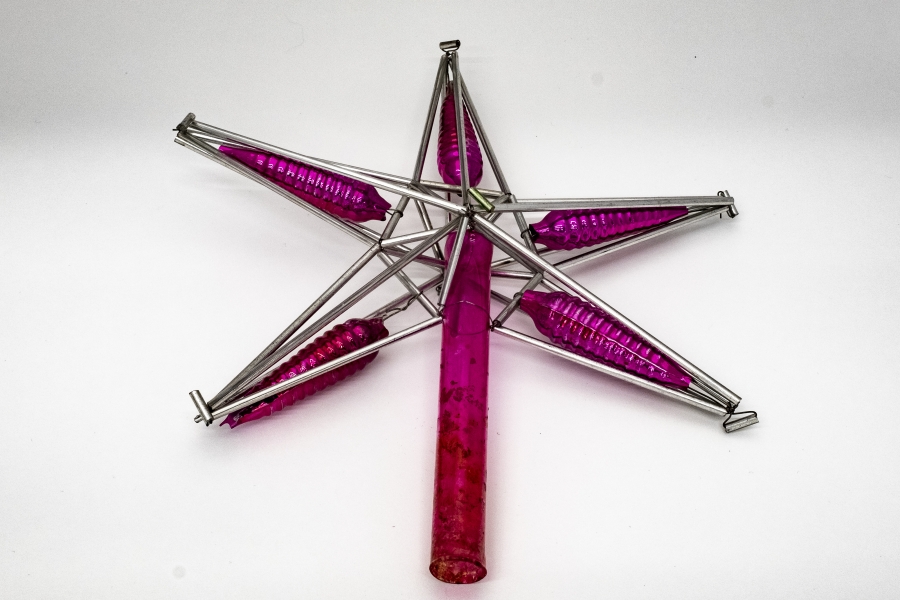 Soviets were fond of putting electric plastic stars at the top of their trees. 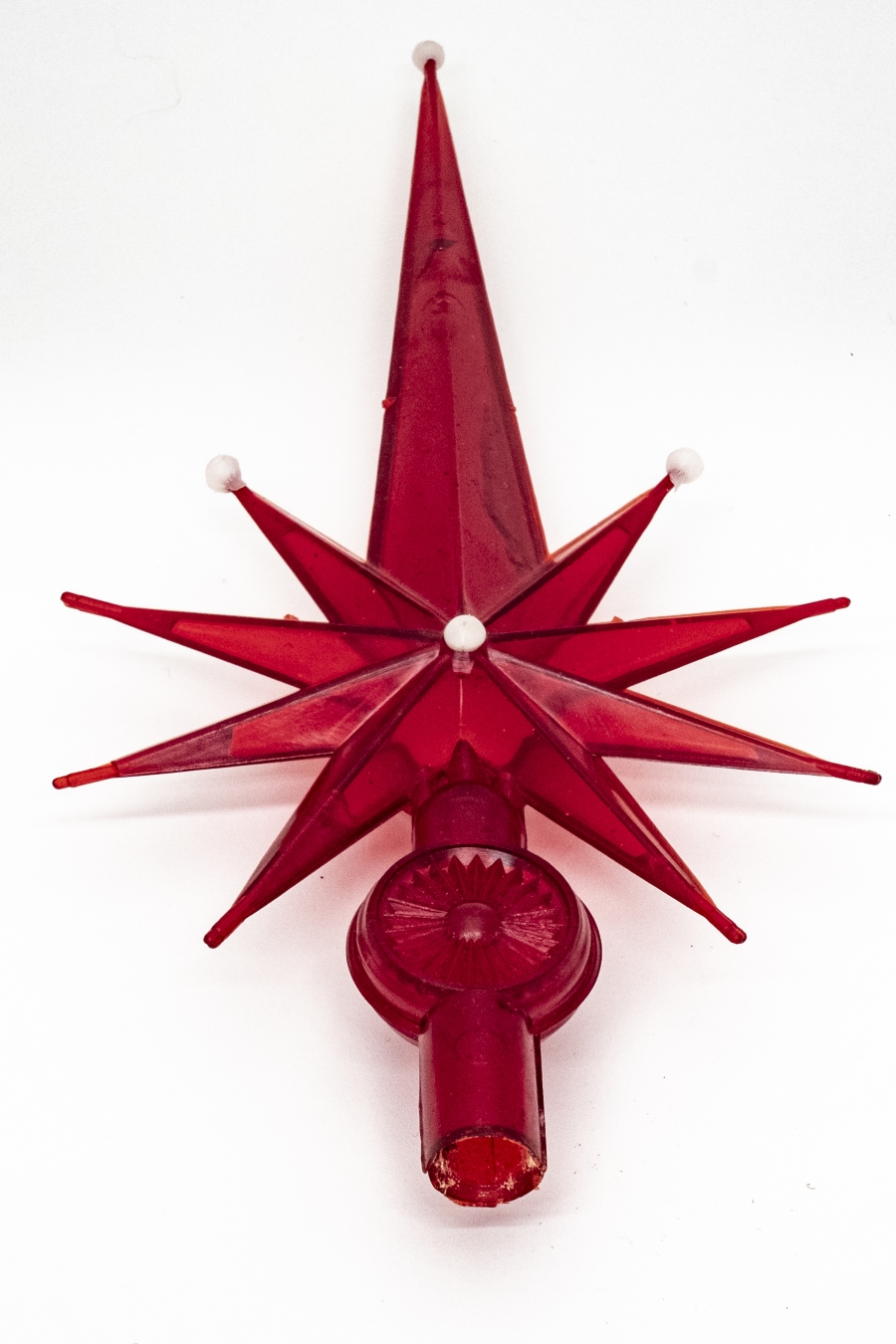 The Soviet New Year's Day trees had bright red stars at the top.

The five-pointed red star was one of the primary and earliest symbols of Soviet power.

"The Soviets were very fond of putting these electric, plastic stars at the top of their tree," Sciacca says. "And it imitated then the Moscow Kremlin."

This collection shows "that during a time of such tension and animosity between the United States and Russia ... our people were perhaps much more similar than we would assume," Garrity-Arquitt says. "The tradition of bringing joy and delight to our children ... is identical."