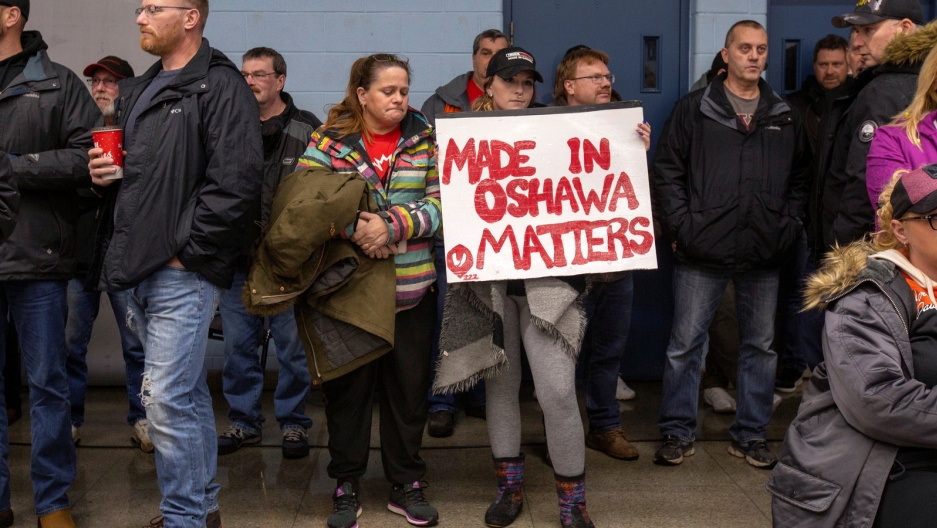 All eyes in Canada have turned to Oshawa, Ontario, following the announcement by General Motors that it will end auto manufacturing in the city after more than a century of production.

In the coming days, we will hear about community resilience and the inevitability of market forces. Some of those impacted will be asked to share their feelings and politicians of all stripes will send their thoughts and prayers to the nearly 3,000 autoworkers who will be out of work. Then we will all move on.

GM workers have been part of the heart and soul of Oshawa for generations - and we’ll do everything we can to help the families affected by this news get back on their feet. Yesterday, I spoke with @GM’s Mary Barra to express my deep disappointment in the closure.

Does any of this sound familiar? It should. We have been living this story for decades. North America is filled with former mine, mill and factory towns. Some were once synonymous with the departing company or the products that they produced. If we were to put all of these de-industrialized cities on a map, it would be crowded with hurt and heartache.

Among the most famous are the former auto towns of Flint, Michigan, which is still living with the poisoned half-life of deindustrialization decades later, and the “Motor City” itself. Detroit lost a staggering 180,000 manufacturing jobs in a devastating seven-year period from 1978 to 1984. The city’s population plunged from 1.8 million in 1950 to just 700,000 today.

A similar story has unfolded in Canada. Windsor, Ontario, was devastated in 1951 when Ford decided to relocate its auto-assembly plant to Oakville, located outside of Toronto. Entire regions now feel the pain.

Related: GM to slash jobs and production in North America, drawing criticism from Trump and unions

I have been interviewing displaced industrial workers from Canada and the United States since the early 1990s. A plant closing is about much more than lost paychecks. It shatters people’s sense of belonging and identity. Long-term workers, in particular, lose a social structure in which they find validation.

The human cost of job loss can be enormous, leading to depression, failing marriages or health and even suicide.

Gabriel Solano, a GM worker in Detroit, explained what was lost the first time a plant closed under him:

There are things I can’t discuss ... I lost a part of me. Me, as a person who said, ‘I have a goal and have a dream.’ To come home, I no longer have a job. The wife looks at you. You’re looking at this baby, you’re looking at this house and you’re realizing ‘you know what? Something’s missing and it’s part of me.’ I don’t so much feel that I was missing GM but I was missing a part of me. Something internal. It’s hard to explain because it’s an emotion. It’s a feeling. Because it took all of those years to build this emotion and this feeling and then, it’s not there. So, you end up with a blank in your life. There is a blank. Yes, there is.

Gabriel Solano closed out three GM plants before his life was cut short by an early death.

One time he was even transferred into another assembly plant two weeks before it, too, closed.

Each time left its scars.

You see the train coming, you’re on the track. ‘It’s going to stop.’ ‘It’s not coming.’ You hear the whistle and you feel the vibration. And then next thing you know you’ve been run over. And you still don’t even believe it after its run over you and a hundred cars have run past.

The sense of betrayal runs deep in working-class communities. They feel betrayed by their employers, their unions, their governments, sometimes even by their own communities.

I heard about the closure on television on the 6 o’clock news. Then, a couple weeks later they phoned me up and said ‘you got a 35-year pin that we have here. We’d like to give it to you.’ I said ‘ok.’ He said, ‘meet us at the front gate.’ You know, everything was closed so the fellow, our superintendent at the time, he gave me the 35-year pin. You can picture a chain linked fence, he handed it to me through the fence. ‘Here is your 35-year pin.’

Oshawa did not need to close

From a historical perspective, the Oshawa closure is completely unnecessary.

Had the provisions of the 1965 Canada-US Auto Pact not been traded away by our leaders to get a free trade deal in the 1980s, GM would have been unable to close the plant because the Big Three automakers were required to produce as many vehicles as they sold in Canada. There were also Canadian content rules in place for auto parts.

Instead, since then, GM has closed one plant after another, starting with its Toronto-area Scarborough van plant in 1993, followed in 2004 by its assembly plant in Sainte-Thérèse, Quebec, the Oshawa truck plant in 2008 and the Windsor transmission plant in 2010. GM’s Canadian operations are now limited to two communities in southern Ontario — an assembly plant in Ingersoll and an engine plant in St. Catharines.

General Motors of Canada has been part of Oshawa since 1918. Had the Canadian and Ontario governments placed more stringent conditions on the $3 billion bailout of GM in 2009, the Oshawa plant might have been saved.

For example, in 1979-80, the federal and Ontario governments helped bail out Chrysler on the condition that it re-invest hundreds of millions into its Canadian manufacturing plants. The result was the reindustrialization of Ontario at a time when plants were closing in the United States. 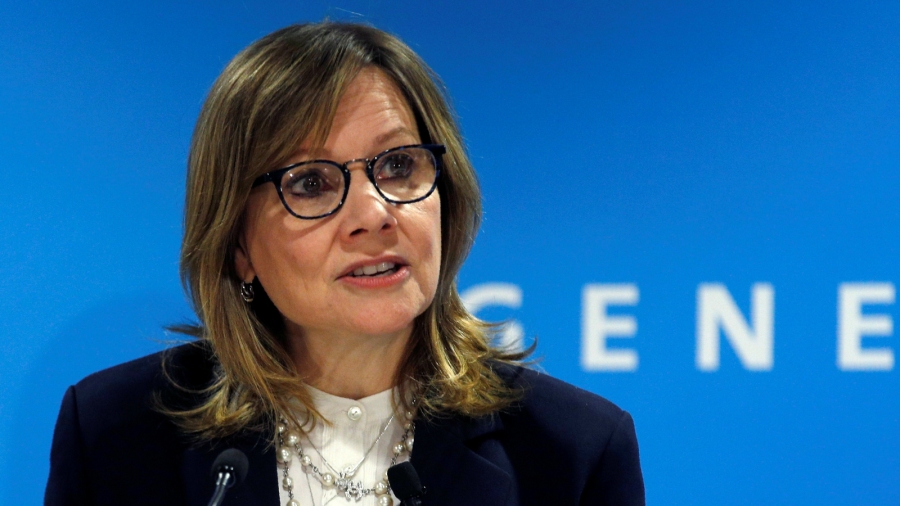 Had the Canadian and Ontario governments not quietly sold off all their shares in GM (at a heavy loss) in 2016 that they acquired as a result of the bailout, then we might still have had the needed leverage to convince GM not to abandon Oshawa. National Unifor President Jerry Dias, the union president who represents the Oshawa autoworkers, said as much at the time. The union had used what negotiating power it had, pushing the Big Three to reinvest in Canada — but, without backup, it was not enough.

Industrial workers are thought to inhabit the past, not the present — even though the world hasn’t deindustrialized.

There is a depressing inevitability to plant closings that prevent us from responding with more than platitudes. We have come to accept the structural violence of industrial plant closure as a fact of life. They have become normalized to such an extent that we may not even recognize plant closings as a form of violence. 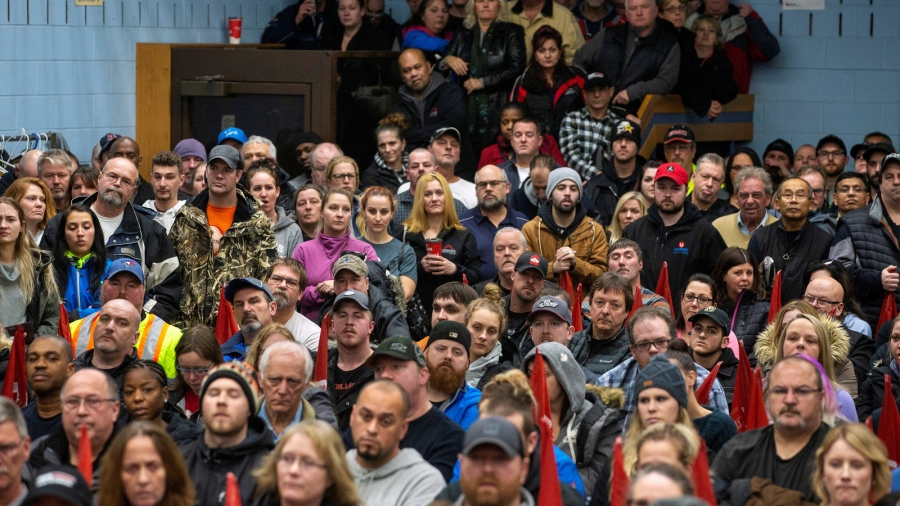 Decades of internalized despair have broken out into open revolt against political “elites” across the deindustrialized world. Brexit, the election of Donald Trump as US president (thanks to the five Rust Belt states that flipped from Obama to Trump) and the rise of right-wing populism are all tied to working-class rage.

So far, Canada has largely escaped this political tumult. But if our own political parties continue to fail working people, this too will change.

Steven High is a professor of history at the Centre for Oral History and Digital Storytelling (COHDS) at Concordia University.