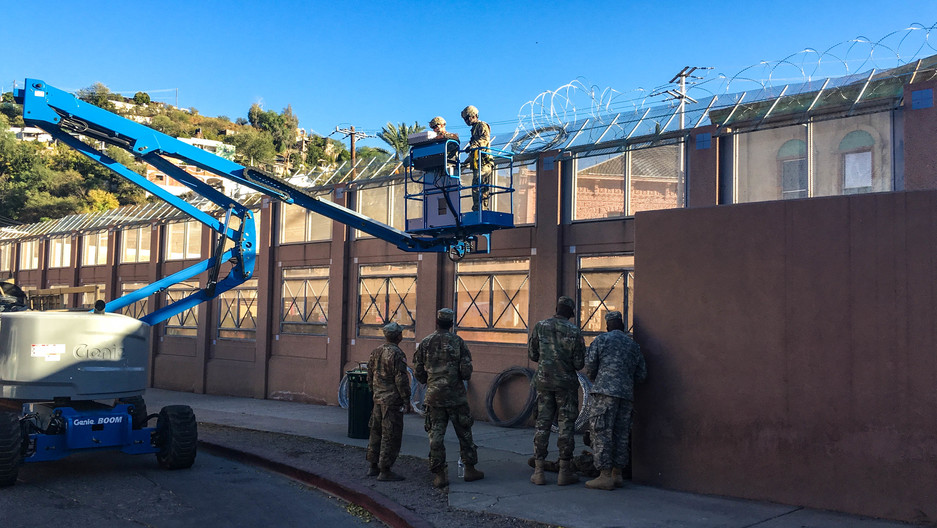 US Army soldiers install razor wire on the border fence in downtown Nogales, Arizona, on Nov. 6, 2018.

When President Donald Trump announced plans to send active duty US troops to the southwestern border, residents of Nogales, Arizona, wondered when and where the troops might show up in their town.

Trump ordered the troops to the border in response to groups of Central American migrants coming to the US — what he has labeled “an invasion” — even though the migrants are still hundreds of miles away and include people who want to seek legal refuge in the US.

More than 5,600 active duty troops are now in place along the border in Texas, Arizona and California, and that number is expected to grow to more than 7,000, according to US Northern Command, which is responsible for US military activity in the continental US. 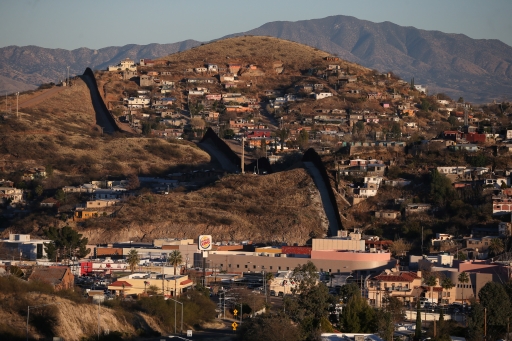 The US border with Mexico is seen in Nogales, Arizona, in 2017.

The first sighting of active duty troops in Nogales came on Nov. 6, Election Day. A small group of Army soldiers wearing camouflage showed up right in the heart of Nogales’ downtown, next to a pedestrian border and across the street from a bridal store.

Bruce Bracker, a local county supervisor, is not a fan of the military’s project in Nogales.

“We have barbed wire going up on top of our fence in the middle of our community,” Bracker said as he watched the soldiers work from a sidewalk across the street. “This is out of line.”

Nogales, Arizona, is right across the border from Nogales, Mexico. A lot of people here consider the two towns a single binational community. Bracker says razor wire isn’t needed here. In fact, the community has fought previous attempts to install it.

Many on the Arizona side worry razor wire sends the wrong message to Mexican shoppers, who help fuel the local economy by buying shoes, clothes and electronics to bring home.

Bracker sees Trump’s decision to send troops here as political theater — an over-reaction to a group of Central Americans migrating through Mexico.

“They're going to have the military stationed on the border for two months before [any migrant] even gets here from this migrant caravan that is being called ‘the invasion,’” Bracker said.

There are also roughly 2,000 National Guard soldiers stationed at the border.

The role for both active duty troops and National Guard on the border is pretty limited. They can’t detain or arrest migrants. The military says the troops will support Customs and Border Protection and other parts of the Department of Homeland Security with planning, transportation, engineering, medical support and logistics.

“I think something useful can come out of it,” said Joshua Rubin, a military veteran who crosses the border into Mexico every day to help manage manufacturing facilities.

“It's just showing the force, saying that the country is kind of fed up with with the lax immigration policy that we have.”

But to many people on the other side of this fence, US immigration policies seem anything but lax.

On the Mexican side of the Deconcini port of entry, just a five-minute walk from where soldiers put up razor wire, around 20 adults and children from Mexico, El Salvador, Guatemala and Nicaragua camped out at the border crossing with blankets and sleeping mats. These migrant families are not part of the so-called caravan, though they’ve all heard about it.

Most came to this port of entry to apply for asylum. But US customs officers process only a few families a day, which means migrants must wait several days in Mexico. There are about 60 families waiting in Nogales shelters, according to a tally by the Kino Border Initiative, a local humanitarian assistance group.

“It’s frustrating,” said Antonio, a Nicaraguan asylum seeker camping at the port. He and his wife have spent nine days waiting to apply for asylum after a grueling journey to get here. He didn’t give his full name because he said he is fleeing death threats for protesting the Nicaraguan government. Hundreds have already died in the government’s violent crackdown on protesters.

Antonio had heard the Trump administration was sending troops to the border, but didn’t know soldiers were already so close.

“They don’t scare or intimidate us,” Antonio said. He believes he has nothing to fear since he and his wife are following the law by asking for asylum.

Several feet from Antonio’s makeshift camp, María Félix Vargas, who is Mexican, waited in a 40-minute line to cross into Arizona to buy her son a birthday gift.

Vargas hadn’t heard about the arrival of soldiers in Nogales, Arizona, but when a reporter showed her photos, she immediately spotted the new razor wire on the fence. Her face looked worried.

“I don’t think what they’re doing is good,” she said. “We are all brothers and sisters, aren’t we? We have to love our neighbor, like God tells us.”

As Vargas inched closer to the US border, she said she doesn’t cross into Arizona as often as she used to. This line is too long.

And now Vargas has new concerns — that the military on the border will spark violence here.