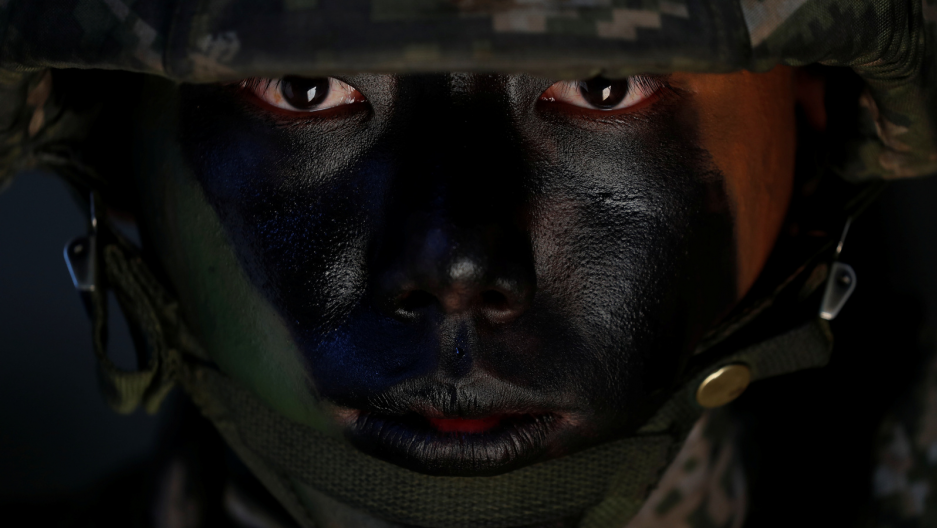 A South Korean marine in action during their regular drill on Yeonpyeong Island, South Korea, Nov. 1, 2018.

Ever since the Pyeongchang Winter Olympics in February, anxiety over nuclear war has somewhat faded into the background. Instead, the public shifted its attention to televised footage of North and South Korean leaders hugging at the military demarcation line, or viral clips of Trump professing that he “fell in love” with Kim Jong-un.

But in recent weeks, the sweet sentiment has devolved into mixed messaging: On Nov. 2, North Korea’s Foreign Ministry threatened to continue “building up nuclear forces” if the United States doesn’t end its economic sanctions against the nation. Then, just two days later, North and South Korea eased tensions by dismantling guard posts along the Demilitarized Zone. And just one day after that, on Nov. 4, South Korea and the United States revamped their contentious joint military exercises, which had been suspended since June.

At a time when the future of the Korean peninsula remains uncertain, The World took to the streets of Seoul to ask everyday South Koreans how the ongoing Korean War has affected their worldview. We asked them about their first memories of conflict, their impressions of North Korea and whether or not they think Seoul and Pyongyang are on the path to reunification.

The following interviews have been translated and edited for clarity: 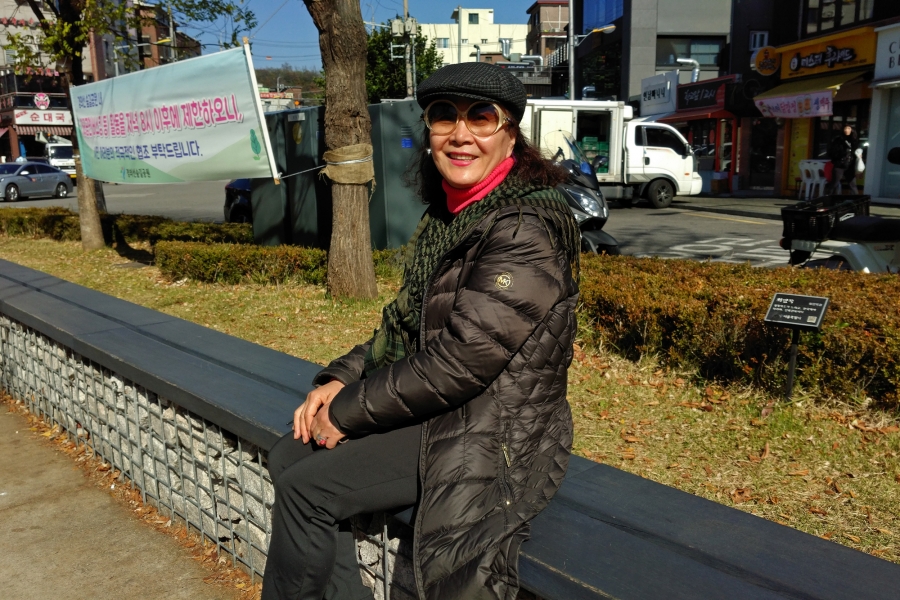 Lee Soon-ja, 54, from Busan, doesn’t hate North Korea. But she still remembers the moment when she first learned to fear the country — an incident in 1968, when a North Korean spy successfully entered South Korea through the Bukhan Mountains.

The World: What do you remember about that moment?

Lee Soon-ja: I was around four years old and I was swimming in a public pool in Suwon. All the sudden, there were sirens sounding everywhere and total chaos broke out. Kids were crying and there were intercoms announcing that a spy had entered South Korea. Some people wanted to go outside, but the [pool staff] said that everyone had to go under complete lockdown. I could hear people screaming in fear. I was scared for my life. I remember thinking to myself, “Maybe this is how I will die.”

Are you still worried about the possibility of war today?

Most of the time, I’m not worried about war happening anytime soon or any sort of nuclear threat. But whenever I feel calm or feel like nothing is going to happen, there’s always the media saying otherwise. Some are saying that the peaceful developments between North and South Korea are all just propaganda. That’s what worries me the most. I don’t know what to believe anymore. 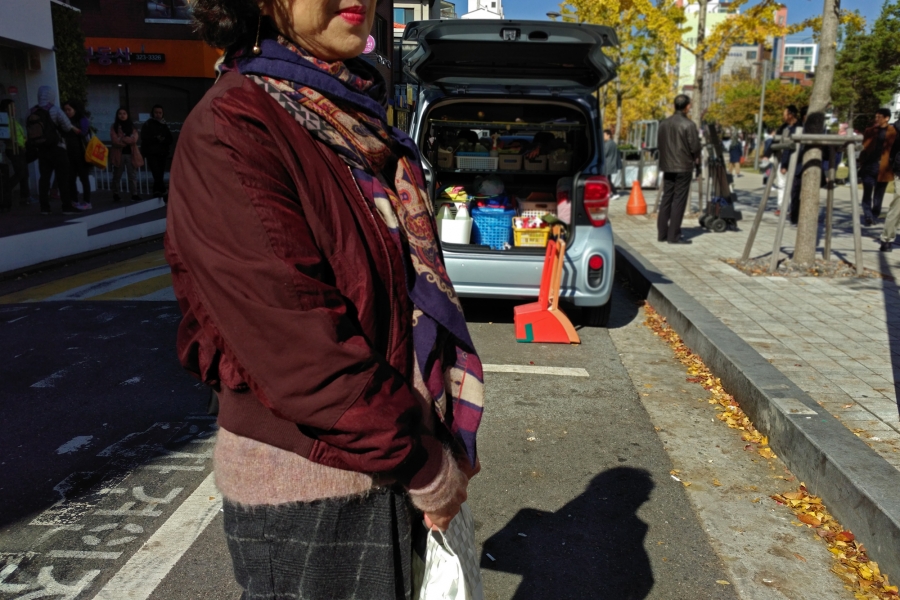 Hong Jung-hee, 68, from Daegu, was afraid of North Korea ever since she heard about a 1968 incident where North Korean spies allegedly murdered an elementary school student for supporting South Korea.

According to newspaper reports in 1968, soldiers visited young Lee Seung Bok's family home on Oct. 30, 1968, demanding food and shelter. Lee's family welcomed them, and the soldiers asked the 10-year-old boy whether he supported North or South Korea. When Lee replied in support of the South, the soldiers revealed themselves to be North Korean commandos, slashed the boy’s face into a “Glasgow smile” and stabbed him to death along with his mother, 7-year-old brother and 4-year-old sister. Though some have claimed that the story was South Korean propaganda used to spread anti-communist sentiment, an appeals court ruled the story true in 2004.

How did this incident affect you?

Hong Jung-hee: I heard that they cut his jaw with a knife and ripped it off and people started collecting donations to honor the family. It was such a big issue at the time because he was really young. And I was so conflicted as a young person because, even though I was taught communism was wrong, that story sent the message that we can’t talk about our political views — even if they support South Korea. Talking about it could get us killed. None of us knew what to do back then.

… So, from a young age, I knew North Korea was the enemy. I lived in the constant fear that I might meet a North Korean spy and they might kill me. We learned in school that North Korea was a threat. I remember teachers describing North Koreans as little minions working under the government who follow orders without any heart and just brutally murder you [because they’re told to].

Do you feel differently about North Koreans now that Kim Jong-un, Donald Trump and Moon Jae-in are all engaging with each other?

How do you feel about the possibility of reunification in the future?

As a South Korean, I don’t think it would be good for us at all to rush into unification and become one country again. … The Moon administration is so focused on trying to create a peaceful relationship with North Korea, but that’s why our economy is bad right now. We need to focus more on unemployment and improving the lives of our middle class first. 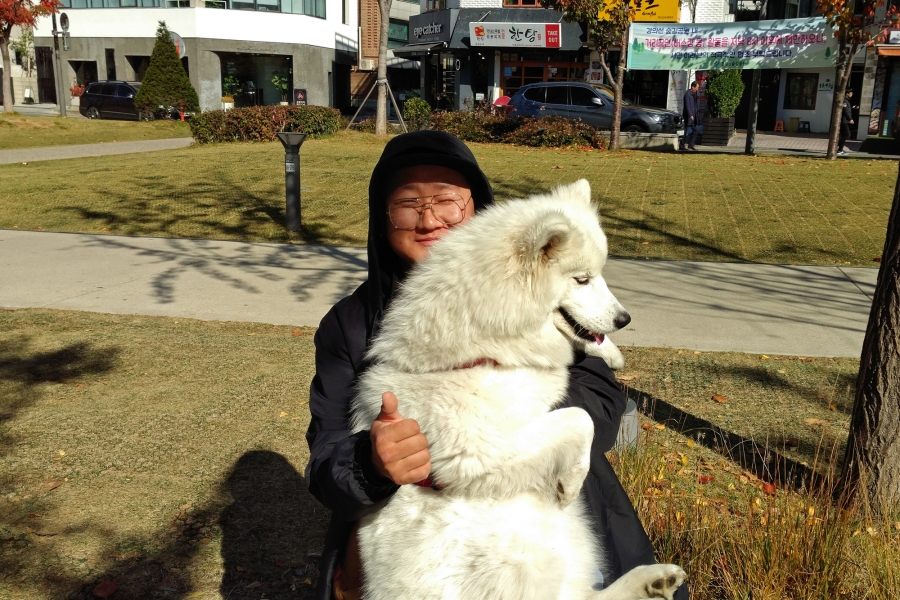 When did you first really realize the impact of the Korean War?

Kim Jong-yoon: I remember we had mandatory programs in school where we had to write essays or make poster presentations about North Korea. The prompts always had sly ways of sending the sort of message that North Koreans were violent or bad. When I was in elementary school, I specifically remember that we had a speech contest where everyone had to get in front of the podium. My best friend talked about his grandfather who was drafted into the military very young, how he fought these bad North Koreans and was killed and how it affected his whole family. It really left an impression on me.

Did you feel threatened by nuclear war at that age?

Truthfully, the first time I felt threatened was when I entered the military because there’s a lot of things [soldiers] hear that the public doesn’t know about. … But now, I don’t feel fear at all. I feel hopeful for reunification. 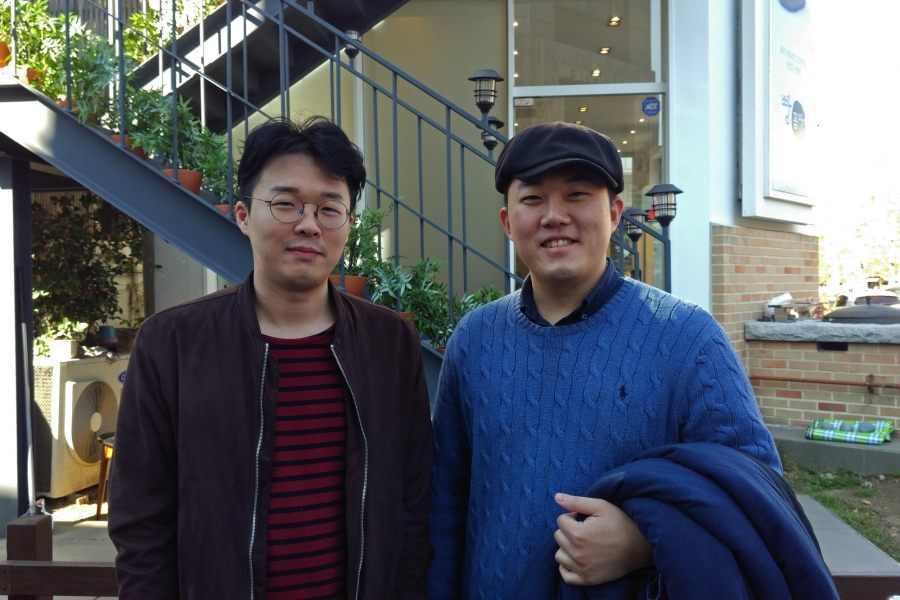 When you were a kid, were you worried about North Korea at all?

Jung Won-jong: I wasn’t worried about North Korea at all when I was young. I knew of [the North Korea threat] starting in middle school because of the news and because my parents would talk about it. But when I went to [mandatory] military service, I started hearing about the dangers of nuclear war a lot.

Park Yong-gu: The possibility of war was on my mind as a kid. Even so, I wasn’t worried about nuclear weapons or missiles back then. But in general, men start hearing a lot about the dangers of nuclear war when they go to the military. That’s when I felt the most concerned.

How often is nuclear war on your conscience now?

JWJ: I don’t think about it, honestly.

PYG: I’m always in a state of worry, but it’s not too bad.

How do you feel about things now, given that North and South Korean leaders have been meeting — and that Trump says he “fell in love” with Kim Jong-un?

JWJ: I don’t believe that any of this diplomacy is real. It might just be a big show, and that everyone — North and South Korea — might just be playing along. In the past, we’ve pretended to be peaceful with each other, but our relationship still fell apart. I’m very skeptical. 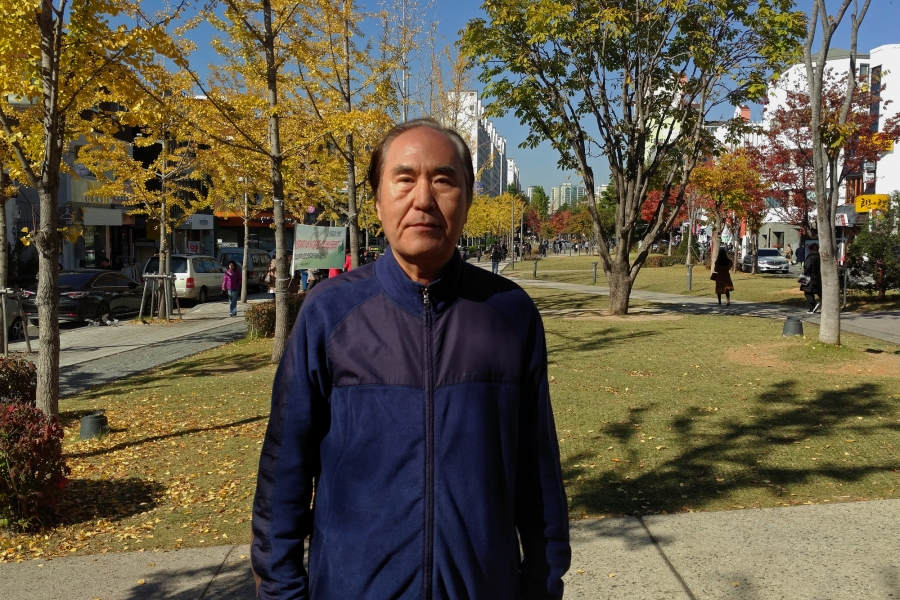 Kim So-il, 70, from Seoul, was alive during the Korean War. But instead of reflecting on the past, he prefers to focus on the future.

How do you feel about Kim Jong-un, Donald Trump and Moon Jae-in’s summits?

Kim So-il: The Korean War was really terrible to live through. The younger generations didn’t experience what [my generation] did, and so they want to engage with North Korea. But most people my age who have lived through the war don’t like engagement. We want peace, too, but we are worried.

What are you worried about?

Da-young Lee contributed to this report.