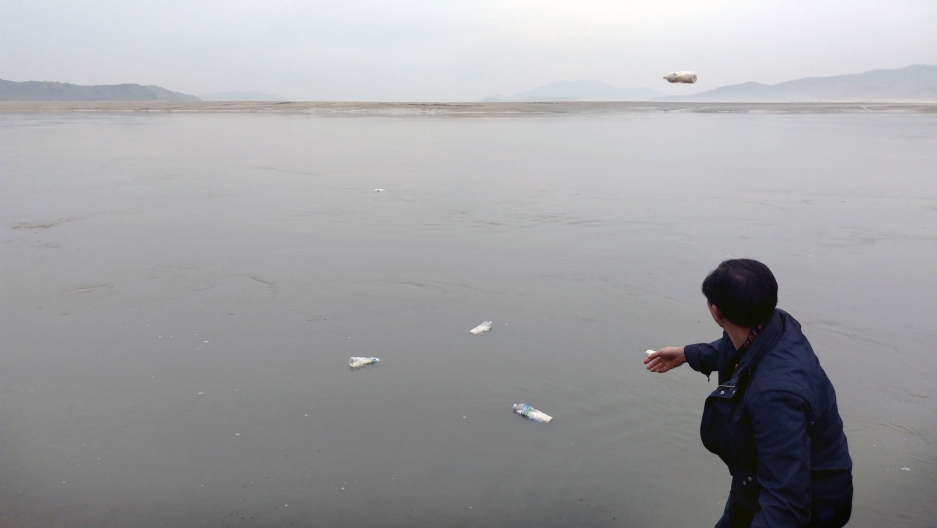 A man flings a water bottle filled with rice and media-laden USB flash drives into the ocean in Ganghwa-do, South Korea — just under eight miles from North Korean shores on May 1, 2018.

Less than a month ago, President Donald Trump haphazardly declared that he “fell in love” with North Korean leader Kim Jong-un. In a much less zealous tone, Seoul has also taken a positive approach: A giant banner of Kim and South Korean President Moon Jae-in has been draped over Seoul City Hall for months and the city is covered with promises of peace.

Certainly, there’s nothing wrong with holding out hope for change. But in strange, unprecedented times like these, it’s easy to forget about the people suffering in North Korea.

Jung Gwang-il doesn’t have the luxury of forgetting. He’s a North Korean defector who has suffered the worst of the Kim regime. He now lives in Seoul and heads a scrappy human rights organization called No Chain for North Korea.

Jung and other defectors travel to a small island along the border with North Korea twice a month. I’ve ridden along with them more than once now. Each time, they package hundreds of USB flash drives and pounds of rice into recycled water bottles, then dump them into the sea, letting the currents take them north. 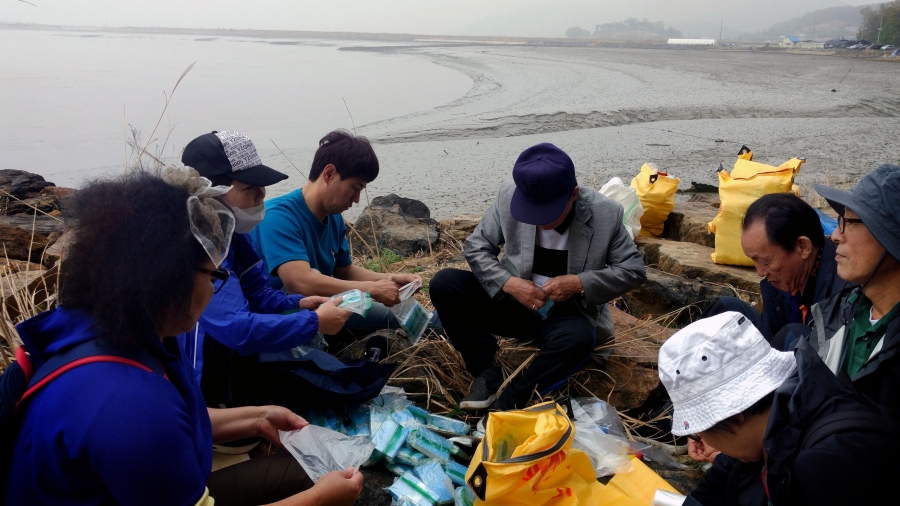 Volunteers seal blue Bibles in plastic bags and tape them to the outside of the water bottles filled with rice and USB drives.

I’ve gotten to know Jung and his organization for a little over a year now. I’ve been to his house, I’ve ridden in his car, I’ve heard his self-made remixes of rap songs and seen pictures of his children. At age 51, he’s funny, with a love for teasing and a somewhat provocative sense of humor. He’s also surprisingly light-hearted, despite his dark past.

In 1999, a group of North Korean officials arrested Jung in the middle of the night, then tortured him for eight long, grueling months until he confessed to being a spy — a crime he never actually committed. He then spent three years doing hard labor in a prison camp, where he was forced to break up the dead, frozen bodies of prisoners into “big, jellied blocks of flesh” with a shovel in the winter. Eventually, Jung was released from the prison camp and he defected twelve days later. He swam across the Tumen River to China, traveled through Southeast Asia and then finally to South Korea.

That’s the short, sanitized version — and, as he put it, he’s “still haunted by nightmares — haunted by memories of being tortured in the political prison camp.” 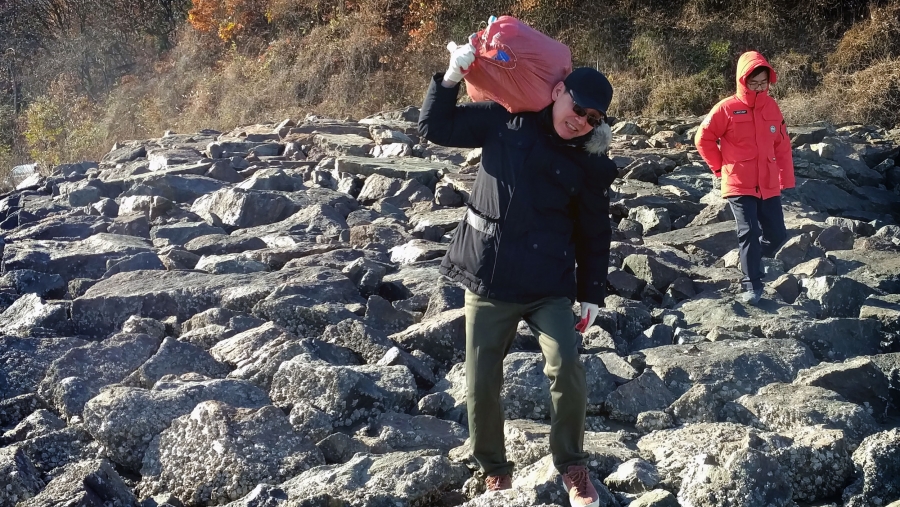 Jung Gwang-il lugs sacks of rice- and USB-filled water bottles down the rocky shore and toward the sea on Nov. 18, 2017.

So that’s why Jung and others like him spend tireless mornings dumping heavy goods into the sea. They hope that the information loaded into those USB flash drives can spark some sort of revolution in the North. It’s no silver bullet, and Jung knows that. But he still sees it as a fight for change, especially in the face of complacency.

Jung spoke at the Oslo Freedom Forum in 2016 about his hope for North Korea and the use of USB drives:

“At one point, I wanted to give up,” he told me, “but now I feel like have a sense of responsibility. I’m going to dedicate to the rest of my life to No Chain.”

As a journalist, I believe it’s important to keep telling the stories of people from North Korea — it’s important to make a place for that amid all the ever-changing breaking news, the political analysis and the hot-and-cold waves of diplomacy. It humanizes this issue and reminds us, on a very basic level, of why we should care about the future of the Korean peninsula. 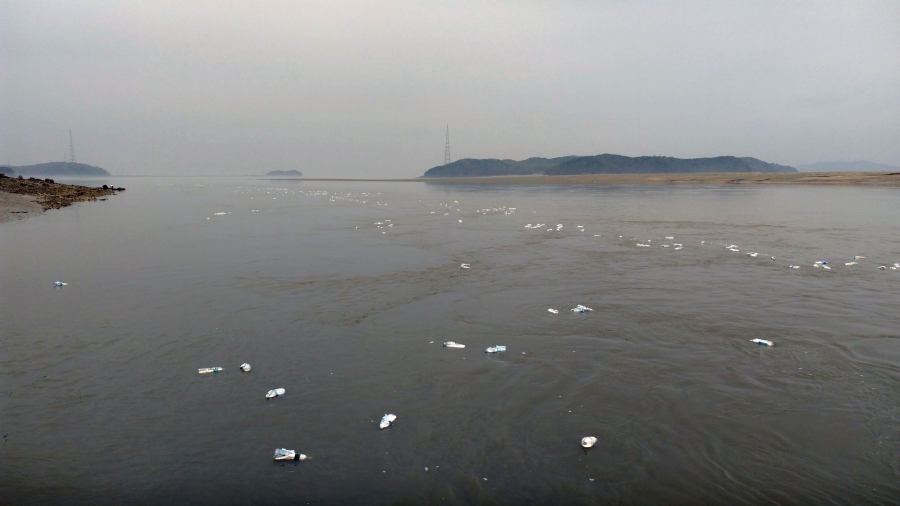 Bottles filled with rice, medicine and foreign media saved onto USB drives float with the current towards North Korea.