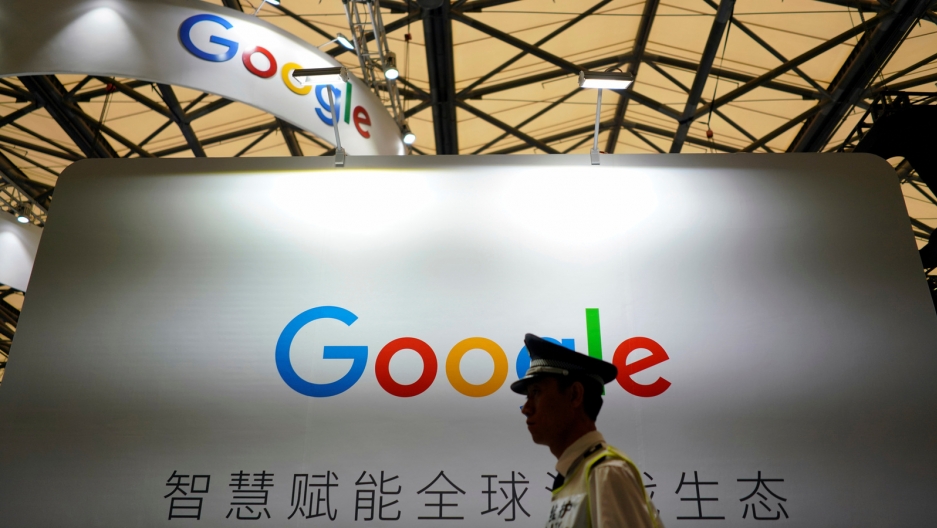 A Google sign is seen during the China Digital Entertainment Expo and Conference (ChinaJoy) in Shanghai, China, Aug. 3, 2018.

This week, Google finally confirmed that the company is exploring expanding its products into China and that Google has been working on a version of its search engine that would comply with Beijing’s strict censorship rules.

For months, Google dodged questions about the existence of the controversial project, which was first reported by The Intercept in August 2018. The project — codenamed Dragonfly — has been met with significant backlash within and beyond Google.

“It’s very early. We don’t know whether we would or could do this in China, but we felt it was important for us to explore,” Google CEO Sundar Pichai said Monday during a conference hosted by Wired in San Francisco.

“It’s a wonderful, innovative market. We wanted to learn what it would look like if Google were in China. So that’s what we’ve built internally,” Pichai said, adding that the internal efforts have so far been promising. “It turns out, we'll be able to serve well over 99 percent of the queries.”

Goes without saying - that 1% contains an awful lot.

Google already has some idea of what a China expansion would look like; it previously operated its flagship search engine and other products in China, before pulling out over censorship and security concerns in 2010.

1/ Google is working on a new search engine code-named "Dragonfly" that will aid China's effort to censor information from its citizenry.

As a former Google engineer I wanted to share some information on what it's like to be inside Google as these decisions are made pic.twitter.com/HAts5wXwsU

Vijay Boyapati was an engineer with Google News between 2002 and 2007. In 2006, as Google was expanding its products into China, Boyapati was tasked with creating a censored version of Google News but refused. A year later, he left the company. He’s since moved to Seattle, and founded Visan, Inc. He spoke to The World’s Marco Werman about what it was like to be inside the company as it was first entering the Chinese market.

Vijay Boyapati: It was early 2006 and I was an engineer on Google News. Google had launched Web search in China and they wanted to expand their product offerings and Google News was one of the products that they wanted to launch in China. So the task of writing the code to launch Google News in China was given to me and it was immediately clear when the requirements were given to me that there were a number of censorship requirements and I immediately felt very uncomfortable with working on it.

Marco Werman: What were some of the things that were being asked to be censored? And this was China asking Google to do the censoring, correct?

That's right. So entire news sections were to be removed from the product. So the world section was to be removed. They even — not immediately but later on — they asked us to remove the business section as well.

Yeah. Any story that came under those categories was to be removed and certain topics were not allowed either — stories on human rights and things of that nature. And they also had a requirement that if there was a particular story that they didn't like, we would be able to remove it from our site within 15 minutes. And the thing that really troubled me at the time was the idea that someone would have the courage to write about something important and then we would censor it. So I refused to work on it.

What happened to you and your position at Google after that?

I was not fired. I continued on Google News but they assigned me to a different project because they knew about my unwillingness. I continued to work at Google for about another year after that.

How were people at Google talking about the whole dilemma internally?

I think a lot of people had accepted the rationale from management that it was a good thing for us to go into China because on the whole, we would be increasing access to information. And I think a lot of people believed that this would have a democratizing effect on China. And I really, strongly objected to that. Google had to go speak in front of Congress in 2006 because of the censorship. And one congressman said something like, "You say that you're going to go into China and change China by building products. But China has already changed you." I thought that was a really eloquent way of saying that Google's internal culture had been compromised by these requirements to censor our products.

In 2010, Google pulled some of its products from China over censorship and security concerns. What prompted that?

I was no longer there at that stage, but from what I understood it was a change of heart by Sergey Brin, who is one of the co-founders of Google. Sergey had grown up in the Soviet Union and so had direct personal experience growing up under an oppressive regime. And I think over time the requirements that China had on Google's products became more stringent. And I think at some point he thought it was too much and he exerted his influence and said, "We need to leave China. We're compromising our values and we need to leave." And I think it's a little unfortunate that Sergey does not seem to have as much influence now. He's not part of Google's management. So I think that moral voice in Google's upper management has been lost. I think current management at Google feels like they've left too much money on the table and they want to go back in.

What's at stake if Google builds a censored version of its search engine for China now?

The reason I brought this up and I tweeted about this was that I wanted to provide context and to show that this had come up at Google before and what it was like being inside Google when this happened. And when I was there, I thought it was morally wrong for two reasons: One was that there had been no internal debate about it in terms of Google News — the product I'd worked on. And so I wanted to bring that up because I thought it was the wrong move for Google. If a journalist does have the courage to write about something controversial and Google was asked to censor them. And as someone who’d worked on the product, you'd have the knowledge that someone's voice had been silenced by something that you built. And that makes me deeply uncomfortable.

At the Wired conference this week, Google CEO Sundar Pichai said, "Any time you do work in countries across the world you're always balancing a set of values. We are providing users access to information, freedom of expression user privacy, but we also follow the rule of law in every country." Do you think it's possible for Google to strike a balance here — the right balance?

I think the company should have a core set of principles that it sticks to and it should articulate those and say there is a line that we will not cross. I mean, saying that you will follow the rule of law is not good enough. What if the rule of law is the rule of law of Nazi Germany or Saudi Arabia? There has to be some moral line that you will not cross over. And that's the problem I have with this rationalization of ‘Well, this is what the law is in China so we're just going to follow the law.’ I think we need to step back and think about what should we do that we think is right. I honestly don't think they've done that. I don’t think they've said, "Here's a core set of moral positions which we will not compromise on. And if a country asks us to cross the line we'll say no and we will leave the country and we will not come back until they allow us to work within our own set of principles."

You appealed on Twitter to current Google employees who have been asked to work on censored products to "stand up against these requests, as I did in 2006, and make it known that Google's willingness to censor is immoral." So what’s your pitch to these employees at Google?

I think we should all have a set of moral principles and have a line that we wouldn't cross ourselves. And if the company that we’re working for tells us that we need to do something and it crosses that line, we should refuse. It's a very hard thing to do and I understand that it's not possible for everyone to potentially risk their career doing something like this. But I think it's important to at least stand up and say, "I don't think this is right."

Editor’s note: Questions and answers have been edited for length and clarity.