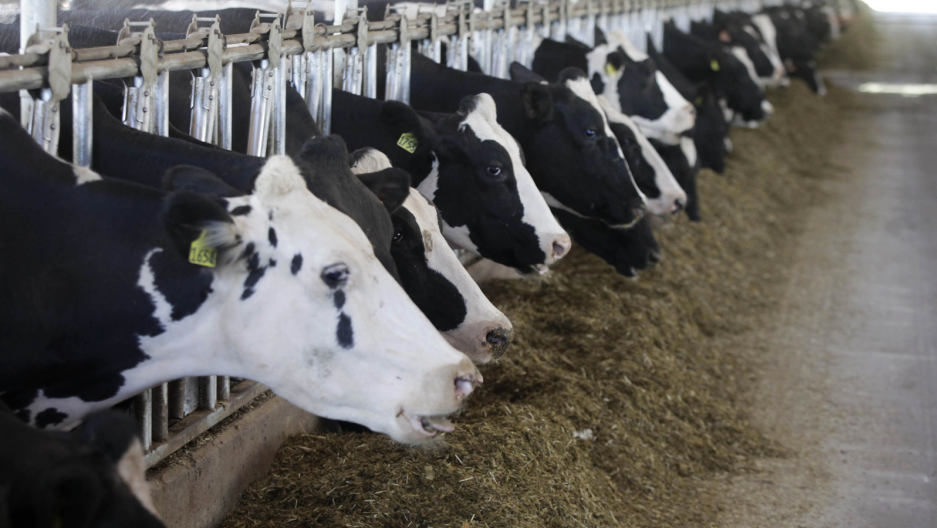 More milk from these Wisconsin dairy cows may find its way to Canada under the new trade deal.

On Sept. 30, the US, Canada and Mexico reached a deal to scrap NAFTA and replace it with a new trade accord, narrowly meeting a self-imposed deadline for consensus.

Although US President Donald Trump plans to sign the United States-Mexico-Canada Agreement in 60 days, the new accord has a long road ahead as lawmakers in all three countries must still pass it before it goes into effect.

Still it is an astounding feat, considering Mexico and the US were all but ready to go ahead with their own deal without Canada only a month ago, after a year of three-party negotiations. And Trump repeatedly said he was ready to scrap the deal entirely, which in my opinion would have been the worst outcome.

Related: How Trump split Mexico and Canada in NAFTA talks

So, what’s changed from the 25-year-old North American Free Trade Agreement and why should you care?

The text of the United States-Mexico-Canada Agreement is 1,809 pages long — about 100 more than NAFTA — and includes numerous tweaks from its predecessor, both big and small. I believe three are especially noteworthy.

Since 1994, the US and Canada have dropped tariffs and other trade restrictions on most agricultural products, but there were a few exceptions, most notably dairy.

Dairy was a particularly problematic sticking point in the recent negotiations as the US and Canada both have long histories of protectionist policies such as subsidies to dairy farmers, import quotas on milk and Canadian tariffs that range from 200 percent to 300 percent for exporting too much of a given product.

The new NAFTA begins to change that, representing a big win for both countries, especially the US.

Under the new accord, Canada pledged to curb some of the ways it protects its dairy industry. As a result, more American milk, butter, cheese and other dairy products will flow into Canada duty-free, with reciprocal treatment for Canadian dairy exports to the US.

Made in North America

The new agreement made big changes for auto manufacturers in hopes of ensuring more of those products are made in North America.

Starting in 2020, to qualify for zero tariffs when crossing borders, a car or truck must have 75 percent of its components manufactured in Canada, the US or Mexico, up from 62.5 percent currently.

Even more noteworthy, negotiators agreed to a new requirement that 40 percent to 45 percent of a vehicle’s components be made by workers earning at least US$16 per hour, which is about three times more than the average wage currently earned by Mexican autoworkers.

This change is huge, particularly for low-paid workers in Mexico.

Keeping up with the times

Almost a quarter century has passed since NAFTA was implemented in 1994.

And much has changed. The internet was still in its infancy, while smartphones and self-driving cars were barely imaginable.

That’s why modernization — updating rules and standards to keep up with the times — is a critical and positive update to the trade deal tying the North American continent together.

While NAFTA was the first trade treaty to include intellectual property protections, the high pace of innovation has made modernization of its provisions imperative.

The new agreement includes stronger protections for patents and trademarks in areas such as biotech, financial services and domain names — all of which have advanced considerably over the past quarter century. It also contains new provisions governing the expansion of digital trade and investment in innovative products and services.

Separately, negotiators agreed to update labor and environmental standards, which were not central to the 1994 accord and are now typical in modern trade agreements. Examples include enforcing a minimum wage for autoworkers, stricter environmental standards for Mexican trucks and lots of new rules on fishing to protect marine life.

Apart from the changes, there is one important thing about the original NAFTA that will stay, thanks to the insistence of Canada. Chapter 19 is the dispute settlement mechanism that allows countries to seek remedies for breaking the rules. It’s like “trade court” and makes it much easier to challenge another country’s policies.

All in all, the new NAFTA is definitely a modern and updated version of its important predecessor, which the US Department of Agriculture characterized as one of the most successful trade agreements in history. But the question remains, will Congress and the other two parliaments pass it?