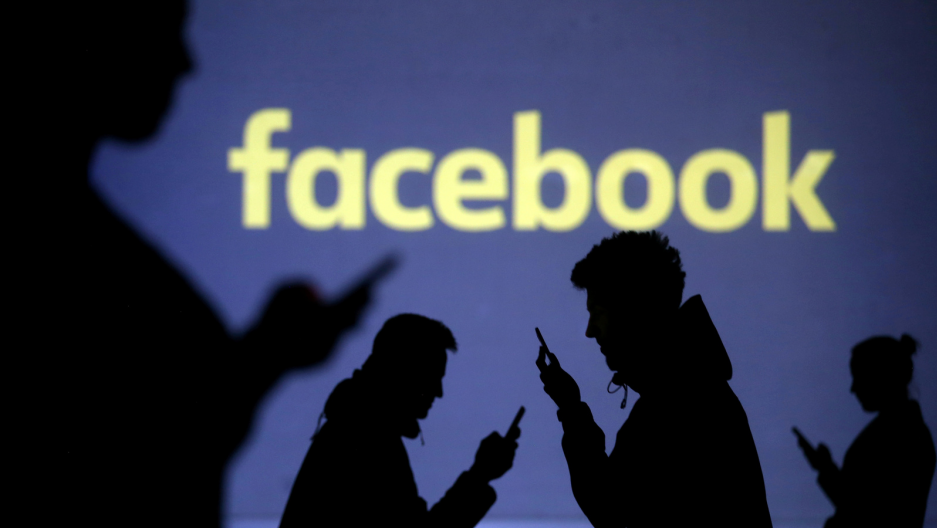 Silhouettes of mobile users are seen next to a screen projection of Facebook logo in this picture illustration taken March 28, 2018.

From Syria to Myanmar and beyond, many of today’s most intractable and brutal conflicts are being documented by everyday internet users equipped with smartphones. But even though they’re documenting vital evidence that could one day help convict perpetrators of atrocities, their footage and photos are at risk from the very platforms that host them.

YouTube has deleted millions of video files and thousands of user profiles deemed inappropriate or extremist. Many of the removed files documented events in Syria, including evidence of alleged international crimes and content that could make a significant contribution to the historical record of the conflict.

What both these cases make clear is that if justice is to be done at the international level, in particular at the International Criminal Court (ICC), new ways must be found to preserve and collect this kind of evidence.

Modern conflicts are now documented primarily via digital technology, and traditional observers from international bodies and the press often cannot reach conflict zones. This is a serious problem in both the Syrian conflict and the Rohingya crisis in Myanmar. Both have generated large volumes of civilian-made evidence, much of which is only accessible on online platforms whose content guidelines it breaches. So how can this evidence be kept for use in future criminal proceedings?

One major obstacle is that companies such as YouTube are often based principally in the US, which is not a signatory to the ICC’s founding Rome Statue and which vocally rejects the idea that it should or will cooperate with the court. Yet there may be a way around this problem. Many of these massive technology companies also operate in multiple jurisdictions – and that means the logical option is to pursue them through their offices in signatory states.

One such state is Ireland, which hosts many Europe, Middle East and Africa company offices. Since Ireland is a signatory to the Rome Statute, it would theoretically be in a position to seek the content they hold. But this isn’t quite the easy solution it seems.

Ireland’s Criminal Justice Act 2011 makes it a criminal offense to falsify, conceal, destroy or dispose of potential evidence of a relevant offense. However, international criminal offenses are not included in the definition of a “relevant offense” under the act. Even if the act were amended to include international criminal offenses, the legislation imposes a high bar for establishing an offense by a body corporate. In a case like YouTube’s, where the deletion was a result of algorithmic programming, it’s unlikely that the threshold would be met.

Ireland operates a so-called dualist system, meaning international law — including the Rome Statute — becomes effective only once it is translated into national law. And the country’s International Criminal Court Act of 2006, which does transpose the main requirements of the Rome Statute into Irish law, does not make it an offense to fail to report or preserve evidence.

Complicating matters still further is that while a company may have headquarters in Ireland or another signatory state, the servers on which the content is stored may be located in another country and national authorities, seeking to cooperate with an ICC investigation, may find the content is beyond their jurisdictional reach.

Slipping through the net

Solutions have been sought. The International Bar Association has developed an app, EyeWitness to Atrocities, which authenticates and stores open source video evidence of human rights abuses submitted by users. But the app only collects video files, and the practical reality is that many civilians in conflict zones simply may not know it exists.

Other tools are in use too, among them the UN’s International, Impartial and Independent Mechanism, which collects and preserves evidence of international humanitarian law violations in Syria. But many of these also fall short. A conflict has to escalate to a certain level before evidence collecting mechanisms are created, and evidence is almost certainly lost or deleted before that threshold is met. Equally, the huge workforce required to search and preserve open source evidence from across the internet is beyond the capacity of most public institutions.

The most predictable way to ensure evidence is preserved would probably be an ICC-run platform to which individuals could upload evidence for the record, complementing the court’s own proactive investigations. But so far, it’s not clear that the court is seriously attempting to fully engage with the work of collecting and preserving crucial evidence that only exists in digital, user-generated form.

This issue is only getting more serious, and a comprehensive solution is long overdue. Even worse, many leaders with the power to take action seem unaware of the implications of what’s currently happening.

In his 2018 state of the Union speech, the president of the European Commission, Jean-Claude Junker, proposed fining digital platforms that failed to remove extremist content within one hour. That wouldn’t just fail to protect potential evidence, but might mean even more of it was preemptively deleted.