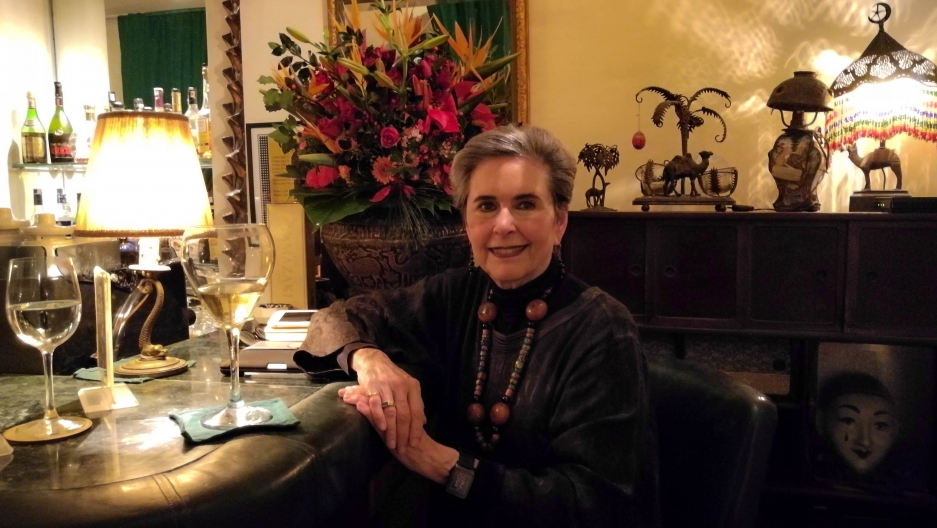 Kathy Kriger died in Casablanca, Morocco on July 26 after a stroke and a heart attack. She was 72.

Kathy Kriger was a born diplomat who made her mark even at a young age.

“She was voted the wittiest girl in our class,” said Diane Dwyer Rosa, who attended high school with Kriger in Lake Oswego, Oregon. “Always happy and funny and always had something funny to say or do, she was just a happy person.”

Kriger was also a passionate entrepreneur who managed to create one of the most successful tourist attractions in Casablanca, Morocco — Rick’s Café, an upscale restaurant and jazz club inspired by the famous nightclub in the 1942 classic "Casablanca."

Before moving to Morocco, Kriger lived in Japan and the Czech Republic. In 1998 she moved to Casablanca where she worked as a commercial attaché at the US Embassy. It was an intriguing destination for Kriger, who had a passion for the classic 1942 movie starring Ingrid Bergman and Humphrey Bogart.

When she arrived in Casablanca she was surprised that no one had bothered to create a Rick’s Café modeled after the nightclub run by Bogart’s character, Rick Blaine. So Kriger thought she might be the one to take on that project.

Kriger said it was the 9/11 attacks on the United States that prompted her to finally launch what she saw as a different kind of diplomatic mission.

“I thought it would be a symbolic move after 9/11 to show how different Morocco was,” she said. Kriger explained her goal was to show Americans it was OK to do business in a Muslim country and also create a kind of multicultural oasis where people from various backgrounds could meet. She was also hoping to “give a place for Americans to feel comfortable.”

In her mid-50s, Kriger quit her government job and bought a dilapidated Moroccan riad, or mansion, on the edge of the city’s old quarter. It took a year to restore and turn the building into a venue inspired by the movie’s café. 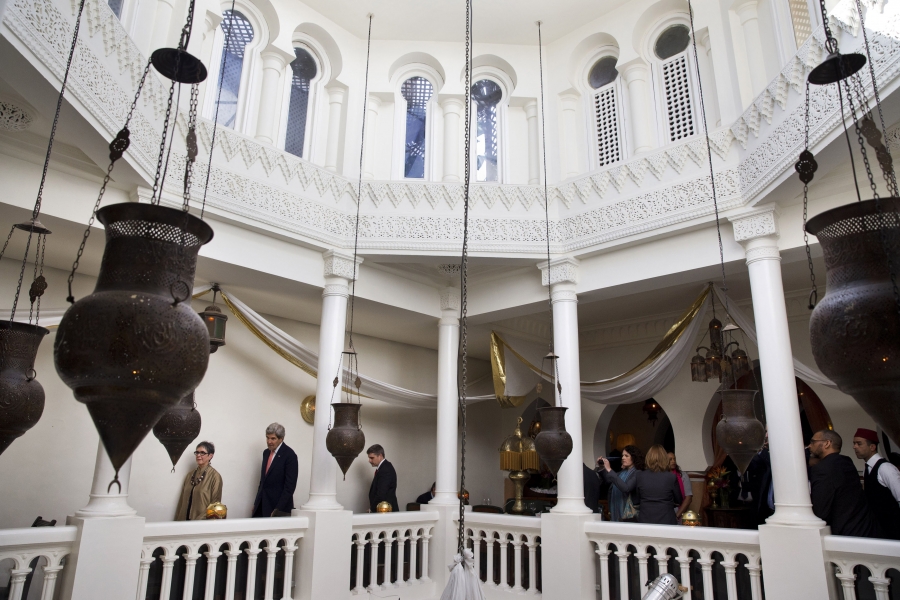 Kathy Kriger, left, owner of Rick's Cafe, which was created based on the the movie "Casablanca," shows US Secretary of State John Kerry around the cafe in Casablanca April 4, 2014.

It was a challenge, said Rick’s Café manager and jazz pianist Issam Chabaa.

“Doing this alone as a woman in Morocco, it’s not easy,” he said. “In a macho society such as ours, it’s more difficult for women, especially because she was a foreigner. But she was a rebel, the disruptive voice who wouldn’t mince her words, though everyone loved her here.”

And she got things done. She splendidly restored the three-floored mansion flanked with palm trees and lavishly decorated it with marble floors, mosaics, curtains and ornate lamps.

When I visited, Kriger proudly showed off the main dining room inspired by the film.

“Certain elements, like the bar, is the same shape as the bar in the film,” she said, “only it’s much more elegant, with the leather armrests, and the marble top, and the gold palms in between the columns. And then with the arches, and the lighting and the shadows, it gives off that same ambiance as you see in the movie.”

The movie itself plays on a loop on the second floor, opposite a roulette table.

Kriger’s glamorous venue helped raise the international profile of the city and still attracts visitors from all over the world. 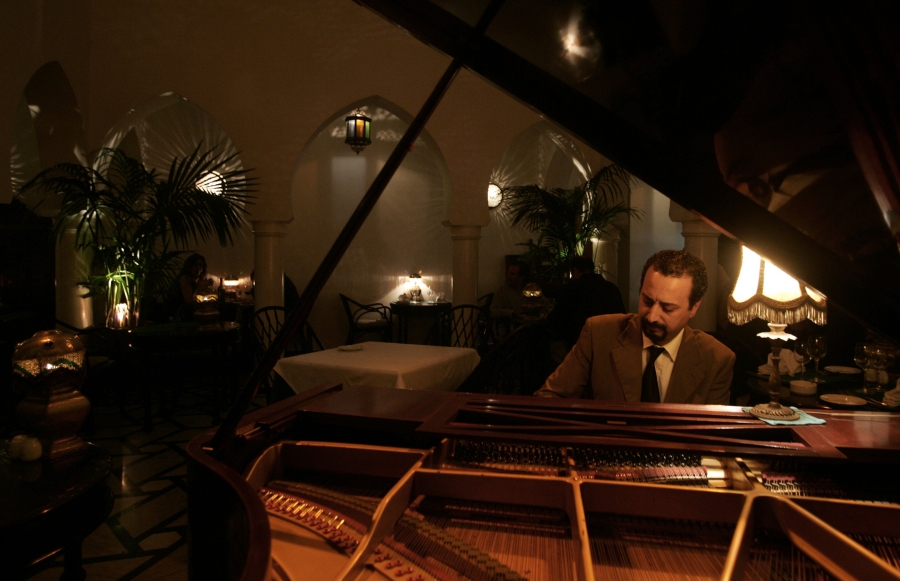 “It quickly took on a life of its own, which no longer needs any reference to the film to exist,” he said. “In fact, I think it’s prettier than what you see in the film and it’s not a kitsch place where you come to take selfies.”

On most evenings, Kriger would sit in a corner of the bar with a view of the dining room. She was an elegant and slim woman with short, salt-and-pepper hair. Many at the club called her "Madame Rick." She also liked to laugh. She said she’d uncovered a bit of a saucy chapter in the riad’s past.

“Mysteriously, our back stairs on the other side, are incorporated into the building next door, which was a bordello,” she said. “We think these back stairs could have been a back entrance to the bordello — or at least, we’d like to think that,” she said, with a laugh.

Kriger would often host friends visiting from her hometown in Oregon. Sharie Korter came over from Portland, Oregon, a few years ago and was impressed.

“Oh my gosh it was like walking into Rick’s,” she said. “The picture we have had in our heads from all the years of watching Casablanca over and over. ... She did an amazing job.”

Kriger’s friends say she would often quote famous scenes from the movie, including the one in which Rick, (Humphrey Bogart) tells Ilsa, (Ingrid Bergman) he doesn’t mind dying in Casablanca.

Ilsa: “I’m sorry but you, you are our last hope. If you don’t help us, Viktor Laszlo will die in Casablanca.”

On July 26, Kriger died in Casablanca after a stroke and a heart attack. She was 72.

“Everyone around me wants it to go on. So, we will go on for customers, for the Moroccans, for the Americans, for the French, for everyone,” he said. “And also now I feel that this place has gained even more credit, because it will remind everyone of a very special woman, the founder of this place. So, many people may come here not because of the film, but because of a very real character this time, one who turned a dream into reality.”

On Sunday, friends of Kriger's will gather in her hometown of Lake Oswego, Oregon, at a movie theater to remember her. They will show "Casablanca" and play jazz music from Rick’s Café to honor her memory.