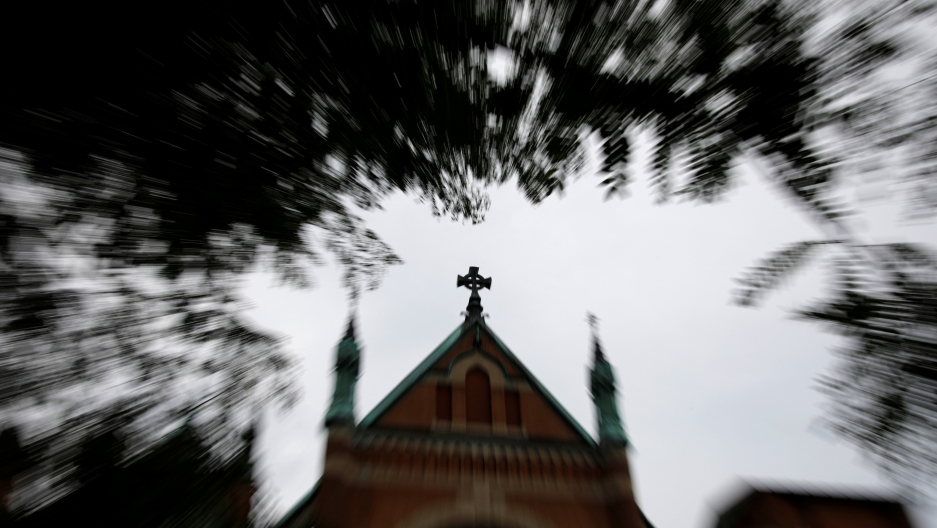 The numbers are staggering: Hundreds of Catholic priests abused more than 1,000 children over seven decades in Pennsylvania. They did so with the aid and cooperation of dozens of Catholic officials, with priests abusing children in churches, schools, homes and even hospitals.

But to people who have spent their lives studying and combating the Catholic child abuse scandal, the revelations from last week’s grand jury report on six dioceses in Pennsylvania are numbingly familiar. While the report spurred headlines across the country, several lawyers and activists who are most familiar with the Catholic pedophilia scandal warned there will be many more revelations to come. And they cautioned that even findings of this magnitude in a heavily Catholic state are unlikely to influence the Vatican to act or to spur prosecutors into proactive action against wayward priests and bishops.

“It doesn’t surprise or shock me anymore,” said Peter Saunders, a priest abuse survivor and a former member of the Pontifical Commission for the Protection of Minors. “Nothing really does. But I’m just glad that it’s continuing to come out and they’re continuing to keep the pressure on.”

On Monday, Pope Francis released a sternly worded letter about the report. "We showed no care for the little ones; we abandoned them," he wrote.

The Pennsylvania grand jury investigated six of the state’s eight dioceses. Aside from the scope of the abuse detailed in the pages of the report, the document is probably most notable for describing, in stark details, what the grand jury described as a “playbook for concealing the truth.”

For decades church officials were advised to substitute words like “rape” by priests for “boundary issues,” the report states. They were instructed to avoid genuine investigations into abuse by qualified personnel, opting instead to assign fellow clergy members to conduct what amounted to sham investigations.

“There’s plenty more to come out,” said Patrick Wall, a former priest and attorney who was interviewed by the Pennsylvania grand jury. “Yes, we know there are hundreds of priests that have sexually assaulted kids in Pennsylvania — we knew that two years ago — what we didn’t know was the systematic cover-up.”

Cover-ups themselves are nothing new for the Catholic Church.

Ever since the groundbreaking work of the Boston Globe’s Spotlight team in the early 2000s, observers of the church have been uncovering its propensity for obfuscation, misdirection and, ultimately, inaction when it comes to child abuse. Decades of lawsuits and criminal prosecutions from San Diego to Boston have uncovered complex schemes to protect pedophile priests and shuttle them around the country.

As PRI revealed in 2014 and 2015, church officials not only moved pedophile priests from diocese to diocese around the United States, they also transferred child molesters overseas. In 2015, we tracked down five priests who were accused of pedophilia in the United States or Europe but were allowed to transfer to remote dioceses in South America, where they continued to serve as priests. At least one of those priests was accused of continuing to molest children at a small orphanage he was running in northeastern Brazil.

One of those priests, Argentine Carlos Urrutigoity, is written about extensively in the Pennsylvania grand jury report.

Urrutigoity and several other priests set up an ultra-conservative Catholic enclave in the countryside outside Scranton, Pennsylvania in the late 1990s. The sect fell apart after Urrutigoity and another priest were accused of sleeping in the same beds as several young seminarians, and the diocese of Scranton settled a lawsuit against the priests in 2004 for more than $400,000. 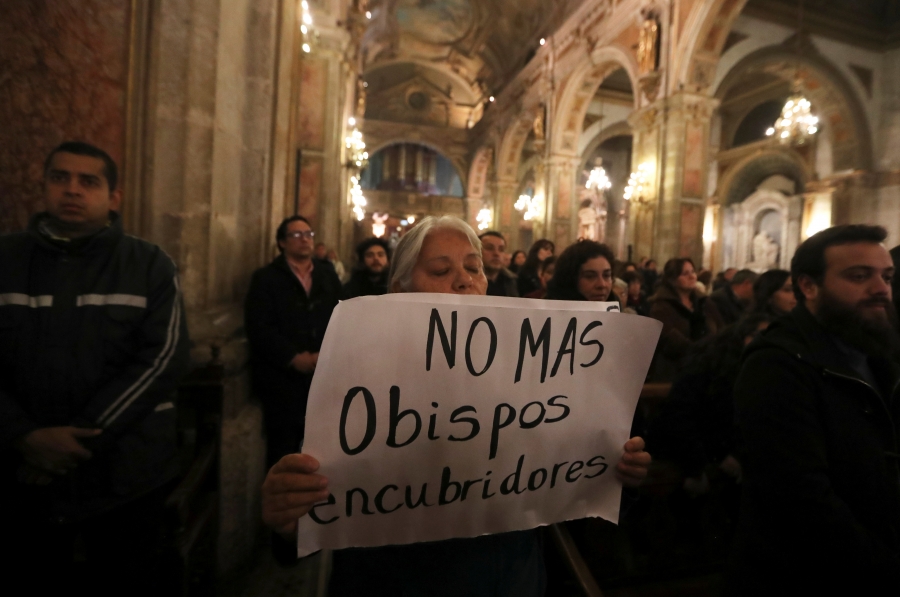 A woman holds a banner that reads, "No more bishops covering up" as Archbishop of Santiago Ricardo Ezzati (not pictured) attends his religious service after he was summoned to testify in an investigation into the alleged cover-up of child sexual abuse by members of the Catholic Church, at the Santiago cathedral, in Santiago, Chile, July 25, 2018

The Pennsylvania grand jury report states that Urrutigoity was “removed from active ministry” in 2002. That’s not correct.

In 2014, we tracked Urrutigoity to the diocese of Ciudad Del Este, in remote Paraguay, where we interviewed and filmed him. He had been working there for several years and had even been promoted to the position of Vicar General, the second-in-command of the diocese. Shortly after we published a story on Urrutigoity, Pope Francis sent a team of investigators to Paraguay to interview the priest. He has now left Ciudad del Este, although we can’t confirm that he isn’t still preaching at a Catholic church somewhere.

The Urrutigoity case is emblematic of the Catholic Church’s preferred method of dealing with pedophile priests. Rather than categorically removing pedophiles from the priesthood, child abusers have instead long been allowed to repent, relocate or simply melt back into the clergy.

“They never change anything in terms of their action, they just change the words they use,” said Jeff Anderson, an attorney who has spent decades suing the Catholic Church on behalf of abuse survivors.

A few years ago, Pope Francis pledged to change all that.

In sweeping gestures, Francis instituted the Pontifical Commission for the Protection of Minors and promised to set up a tribunal that would prosecute not just pedophile priests, but also bishops and cardinals who protect and support them. Two years later, two prominent members of the commission, both survivors of sexual abuse by priests, quit it in disgust.

Saunders, the activist, called the commission a “token body” exercising in “smoke and mirrors.” The Vatican recently announced that the commission has been re-launched, but Saunders and others were again skeptical.

“It’s a waste of time,” Saunders said. “They got rid of the survivors — the only people who were ever going to speak out.”

Similarly, little has been heard about the promised tribunal. Meanwhile, there have been several high-profile scandals involving increasingly senior church officials. Several bishops in Chile recently resigned in the wake of a child sex abuse scandal there. Two cardinals, Cardinal George Pell of Australia and Cardinal Donald Wuerl, were mentioned in the report. Pell is currently on trial for sexual abuse. Wuerl is facing widespread calls for resignation after the grand jury report accused Wuerl of protecting some of the abusive priests during his time as bishop of Pittsburgh.

A spokeswoman for the Vatican said by email “obviously, the [there is] shame and sorrow we all feel in front of this crimes,” and sent a link to a Vatican statement. The statement reads in part:

“The abuses described in the report are criminal and morally reprehensible. Those acts were betrayals of trust that robbed survivors of their dignity and their faith. The Church must learn hard lessons from its past, and there should be accountability for both abusers and those who permitted abuse to occur.”

Meanwhile, activists are waiting for the church to instigate meaningful reforms to protect children.

Tim Lennon, president of the Survivors Network of those Abused by Priests, suggested two immediate changes Francis could make if he was serious about protecting children in the church: Firstly, he could order all bishops across the globe to report child sexual abuse to authorities, something that is not a blanket rule within the church, Lennon said. Secondly, he could order dioceses to make public their secret files on pedophile priests.

“We get gestures, we get symbolism,” Lennon said. “We have the pope washing the feet of survivors — gestures. What we need is action.”