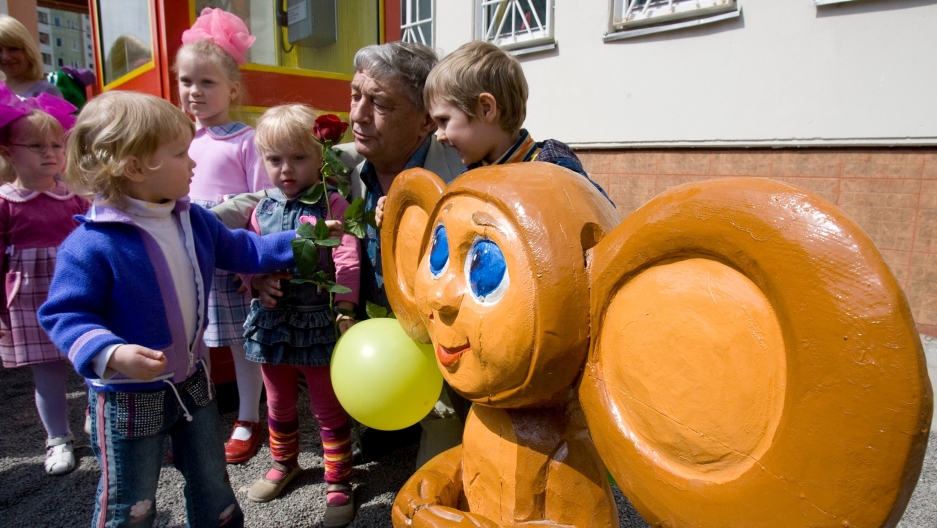 Russian children pose with a wooden figure of Cheburashka and its creator Eduard Uspensky, at a Moscow kindergarten in this 2008 file photo. Uspensky died Aug. 15 at 80.

The writer behind my favorite Soviet cartoon died last week. Cheburashka, Eduard Uspensky’s most famous character, helped me to retrace my roots.

Cheburashka is often described as the Soviet version of Mickey Mouse.

Except he’s not a mouse. He may also look like a bear cub or even a monkey, but he’s not that either. That’s the point.

He remained a constant theme throughout my life. He was the Olympic mascot of Russia for several years. My dad would bring back Cheburashka dolls and T-shirts from his work trips. 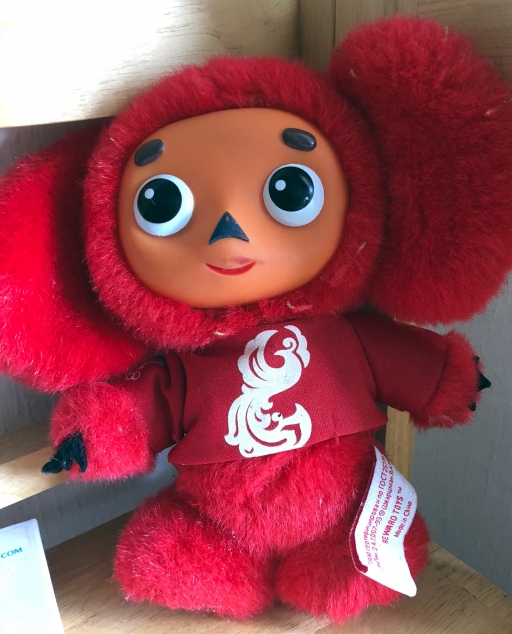 My father brought home this stuffed Chebrashka doll when I was about 14 or 15. It was one of many Cheburashska items I got over the years.

My parents were raised in the former Soviet Republic of Georgia. It’s no surprise that their culture influenced me. Growing up in Greater Boston in the early-2000s, I would watch “Toy Story” and “The Little Mermaid” on VHS tapes along with some Soviet and Russian cartoons.

The 1969 stop-motion series “Cheburashka and Crocodile Gena” is about the friendship between Cheburashka and Gena, an Old Bolshevik crocodile who works at the local zoo and plays the accordion. The unknown large-eared animal arrives in Moscow in a crate of oranges and struggles to figure out who he is and where he belongs in the new city.  After Gena places an ad seeking a friend, Cheburashka sees it and goes to the crocodile’s home where he’s immediately accepted. Together, with the help of a blonde little girl named Galya, they decide to build a friendship house for all of the other friendless children and animals.

I didn’t start watching Cheburashka seriously until I was 15 years old. The cartoon tells stories about loneliness and the search for friendship.

In 2011, I met my mom’s side of the family in Lithuania for the first time. When I returned to the States that summer, I longed for my Babushka’s stories about our history in the USSR. It was in her cottage where I first saw the black and white photo of my 11-year-old mother in her Pioneer outfit and scarf. I wanted to learn more about my mom, the girl in the picture, and to find a way to feel connected to my family again. That’s when I turned back to Cheburashka. 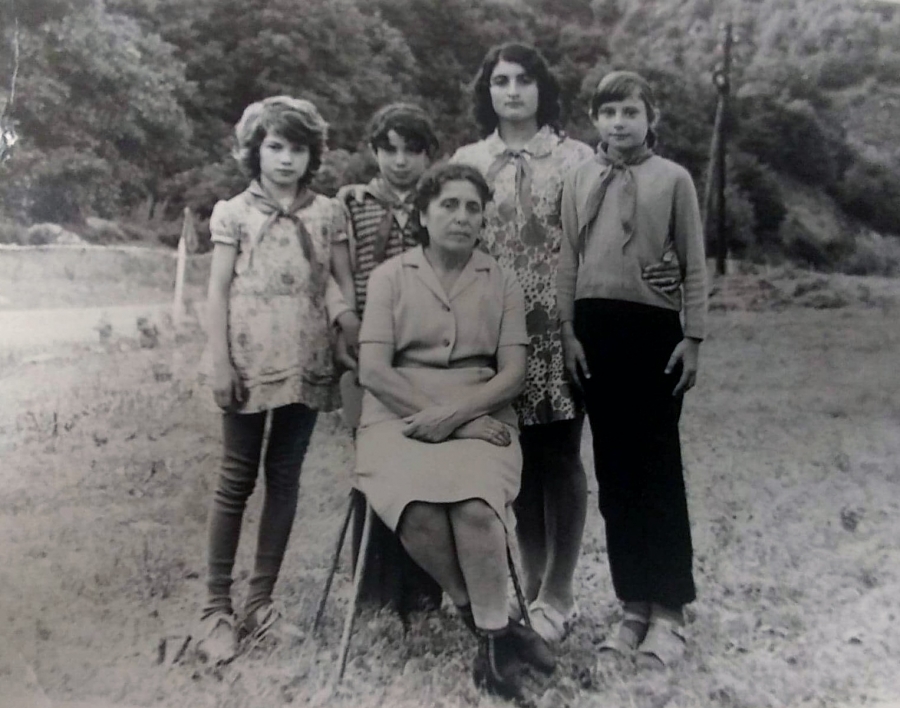 The writer's mother poses for a photo at the Soviet Youth Camp in either summer 1972 or 1973 in this family photo. Her mother is on the far right.

Coincidentally, one of the episodes I watched turned out to be about the Young Pioneers, the Soviet Youth Camp that my mom was in as a child.

Cheburashka gazes up at the boys in beige suits and red bandannas and sighs. He tells Crocodile Gena that he wishes he could march like them. Gena says that he will have to learn to do a lot more than just walking to join their brigade.

And he’s right. When the two friends approach the young boys, they laugh at them and tell the red-suited crocodile and the strange brown-haired animal that they’d work better at a pet corner. After all, if they can’t build a birdhouse or start a campfire, they’re not good enough to join the Young Pioneers.

Still resilient after their rejection, Gena and Cheburashka build a playground for bored children who keep getting themselves into trouble by climbing escape fire ladders and exploring dirty potholes. At the end of the episode, they bring discarded metal parts to the boys who finally accept them into their Soviet Youth group.

After Uspensky’s death last week, I realized I never asked my mom if she liked being a Pioneer. I always assumed that she had the same pride for it like the boys in the cartoon.

“What was there to like about it?” she says in Russian. “Think of it as Girl Scouts, but you’re forced to do it.”

She tells me that she would have to go to local parks and pick up trash there, she also went door to door to collect old newspapers from residents. She did this for five years.

One summer she tried the sleepaway Soviet Youth Camp and she hated it.

“Imagine waking up early each morning and lining up with everyone else to raise the [Soviet] flag,” she explains.

She adds that just like any other camp, they would do arts and crafts and play sports. But she says she never liked to be forced to do anything.

The cartoon series came out in the late 1960s and early 1970s when my mom was growing up in Tbilisi. She says that during that time food wasn’t always available, and that many families had small salaries. At the same time, education, music and sports were free to all children.

The Young Pioneers memorized songs from the series along with the national anthem.

“Cheburashka was a way to get kids excited about being a Pioneer again,” my mom says.

She tells me to view Cheburashka as a young child, not yet old enough to become a Pioneer. He looks up to them. However, most of these older kids, including my mom, didn’t actually like the camp.

After the age of 14, most Soviet teenagers moved onto the Komsomol, a youth organization of the Communist Party. It served to teach young adults about communist values and guide as many Soviet citizens toward the Communist Party membership as possible. My mom says at that point, she never went to the meetings. She just paid the monthly membership fee, which she thought would help her later if she were to apply to prestigious universities in Moscow.

She laughs when I ask her whether these teenagers and young adults really abstained from drinking and smoking. The habits were considered “temptations by bourgeois life.”

“Are you kidding? They were 18 or 19 years old. They were smoking, drinking and having sex. What do you think they actually did at those meetings?”

She adds that in some ways the teens’ secret behavior mirrored that of the head government officials of the Soviet regime. They were all bribing and cheating each other while preaching to the public to do the complete opposite, she says.

But when Cheburashka came out, everybody loved it, she remembers. She would watch it with my older sister, who was a toddler in the 1980s. It was a source of pride for the Soviet Union and for Russian speakers today. Its influence even reached Japan, where an animated series was adapted in 2009.

And of course, it reached first- and second-generation Americans like me, eager to learn about their parents’ complicated Soviet past.