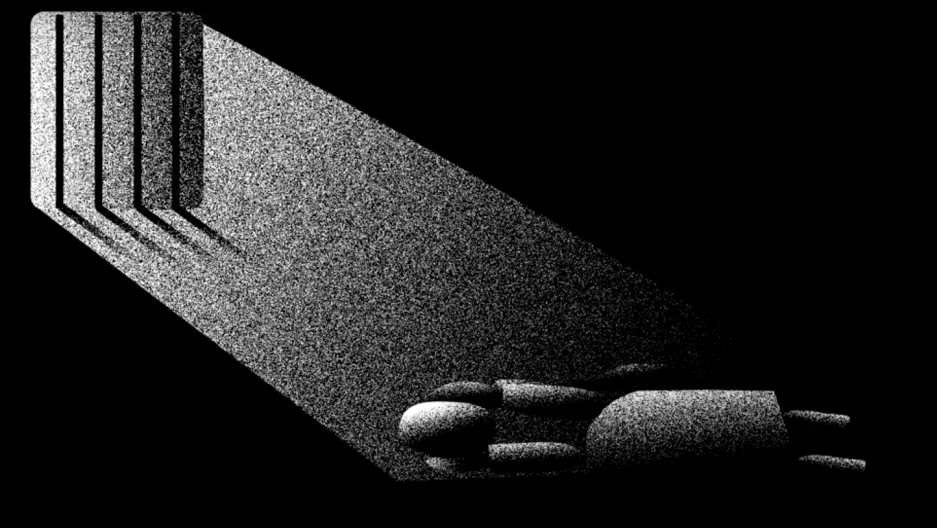 Sitting with his hands clasped tightly in his lap, Behzad*, 48, from Tehran, Iran, leaned forward in his chair and slowly, quietly began retelling the story of his imprisonment and the four years of torture he says he endured back in his home country.

Behzad, a karate teacher by profession, wrote poetry in his spare time. His poems, though never published, would have been illegal according to Iran’s Islamic government. “My poems were mainly anti-Islamic Republic and also anti-Islam,” explained Behzad, who was raised in the Zoroastrian faith — one of the world’s oldest religions, pre-dating Islam in Iran — but quietly converted to Islam for fear of government persecution. Knowing how dangerous his poems were, Behzad shared them with only one person: his childhood best friend.

In 2010, just days after sharing his poetry with this friend, whom he now suspects was working with the secret police, Behzad says he was accosted on the street by people he had never seen before. They threw a bag over his head, shoved him into a car and drove to an unknown location. When they removed the bag from his face, he was in a jail cell. That day was the last time he would see the sun for many years.

“I was kept in a dark room for four years,” said Behzad. “Even when they moved me from one room to the other, they covered my head with something, so I was still in the dark.” Because he was constantly kept in the dark, Behzad couldn’t tell if it was day or night and very quickly lost track of all time. It was only upon his release that he understood he had been kept for four years.

The years of darkness appear to have done irreversible damage to Behzad’s eyes. “He was kept in a very dark room for a very, very long time so he has developed a photosensitivity,” explained Christos Eleftherakos, assistant field coordinator at Doctors Without Borders, also known as Médecins Sans Frontières, or MSF, where Behzad receives psycho-social support and physical therapy. “Even now he has photophobia, so when he’s in strong light, he cannot see.”

Behzad arrived in Greece two years after his release from prison in Iran. He had no intention of leaving Iran, but only eight months after his unexplained release, while still struggling to regain his eyesight, he says police came to his house looking to arrest him again. He and his son both managed to escape, and that night paid a smuggler to take them to Turkey, where they stayed for two years working and saving money for the trip to Greece.

In March 2016, like hundreds of thousands of refugees before them, they boarded a rubber dinghy and made their way to the small Greek island of Chios before being transferred to Athens. “When I came to Greece, I realized that I was free,” said Behzad. “As soon as I reached the island [Chios], everything changed for me.”

The journey to Greece was not easy, and like many before him, Behzad had initially intended to continue onward toward central or northern Europe. “To be honest, when I first arrived here, I wanted to go to another country,” he said. “But as soon as I saw the people here and the way they were treating and supporting us, I decided to stay.”

Shortly after arriving in Athens, an acquaintance familiar with Behzad’s story told him about the services offered at MSF, the only organization in Greece offering a holistic approach to rehabilitation of torture survivors. He immediately went to their offices in downtown Athens, registered and started a program of monthly physical and psychological therapy sessions. Behzad is one of over 700 refugee and migrants in Greece who have received these rare services since 2014, when MSF’s center for victims of torture, or VoT, officially opened its doors.

Since then, the VoT has offered medical care, psychological and social support to migrants and refugees “who have suffered torture or other forms of ill-treatment in their country of origin, during the journey or during their stay in Greece.” The center also offers assistance for survivors in coping with medical problems that are a direct or indirect result of the systematic violence they have suffered.

“We try to rehabilitate them to regain the functionality that they lost during this process [of torture],” explained Alexis Papakostas, a medical doctor at the VoT. “Medically, we are mainly focusing on the rehabilitation treatment of torture residuals — meaning, whatever came as a direct or indirect consequence of the ill-treatment they received.”

Although Behzad was beaten and tortured for the entirety of his imprisonment, the psychological torture has had a more lasting effect on him, he says. Though he still suffers from the damage done to his eyes and an injury to his back that he says was caused when his captors strung him up to a large ceiling fan and beat him with wooden planks, he still can hardly speak about the only time his torturers broke him down emotionally.

At a certain point during his captivity, when his captors realized they weren’t going to break him physically, Behzad believes they force-fed him some type of drug that sent him into a hallucinatory state for several hours. During this period, Behzad began hearing his son’s and his wife’s voices somewhere outside his cell. Desperate to reach them, he went to the door of his cell, where he began to experience the worst of his hallucinations. Through his cell door, he had a clear view of the hall where several guards were sexually abusing his wife. “That was the point that I starting begging and crying.”

Even though he later came to understand he was only hallucinating, these are the memories that still haunt him late at night. “Some of these memories are unforgettable, but being here is very helpful,” he said after several minutes of sitting in silence.

Behzad’s psychiatrist, Ekaterini Karasavva, has taught him techniques to deal with the trauma. For example, when Behzad wakes up from a nightmare and can’t immediately place himself, he’s learned to touch a necklace or bracelet that he wears. “As soon as I wake up and touch it, I realize I’m in a different place, so now whenever it happens to me, I can understand that I’m not in prison anymore,” he said.

Behzad also suffers from trigger moments during his day, and something as simple as a person speaking Arabic on the street can send him spiraling down. Iran’s national language is Farsi, but the group that imprisoned and tortured him were Arabic speakers. (To this day, Behzad still does not know for sure who his captors were and what their relationship was to the Iranian state. He was released in the same way he was captured: with a bag over his head.) Because Greece still hosts nearly 60,000 refugees from the Middle East and Africa, a majority of whom speak Arabic, this particular trigger has taken time and hard work for Behzad to overcome.

“Part of the goal of this program is that they feel more independent and they can go around in their lives without us,” explained Karasavva. “This is not always a very simple procedure, because they have a lot of obstacles,” she continued.

Behzad has made progress in recent months. The frequency with which he experiences trigger moments has decreased, and he’s now able to manage himself much better when these moments do happen. “I’m a bit better now,” said Behzad. “I’ve come out of that difficult situation where I was constantly feeling that I was still in prison and being tortured.”

As Vasileios Kagkiouzis, Behzad’s physiotherapist said, beneficiaries of the program are also taught self-management because, as he explained, “we cannot be next to them forever.”

Of his journey to recovery, Behzad ended with this: “When I came to Athens, many people I knew and also didn’t know, helped me a lot. I had hope [again] that I would be able to start a new life."

*Behzad’s name has been changed to protect his safety.