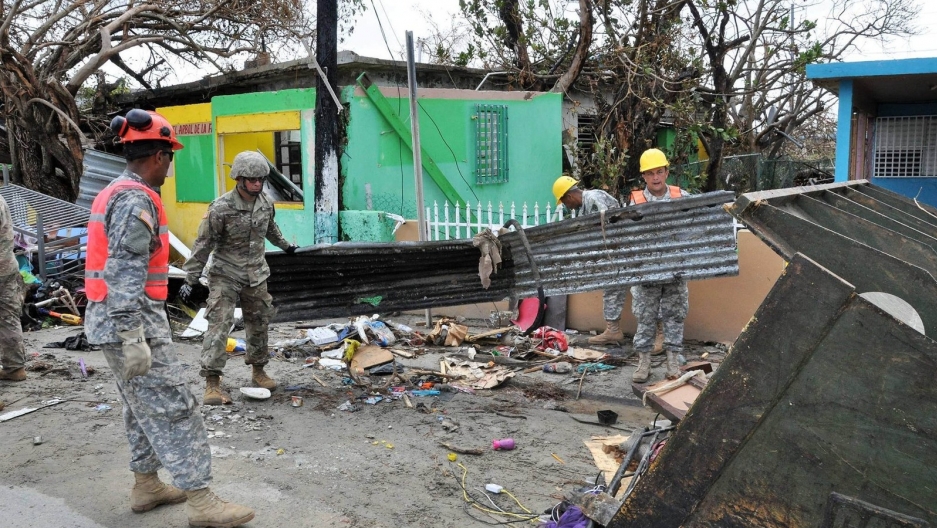 It was, so to speak, a perfect storm for the Federal Emergency Management Agency (FEMA). The agency was already stretched beyond its capacity when Hurricane Maria hit Puerto Rico last year, so much so that it did not properly attend to the damage done by the worst storms in memory.

First, Hurricane Irma had just leveled the Virgin Islands two weeks prior. In response, all of the supplies in FEMA’s warehouse in San Juan had been moved and used there. Second, a string of massive wildfires were raging in California at the time. Hurricane Maria was the third strike.

“We know that we are going to have more storms, so I am not about to forgive FEMA,” says Moyer, the former medical director for the police, fire and EMS services for the city of Boston. “I don't see this administration really recognizing climate change and the increase in storms it brings. So, they were ill-prepared.”

FEMA’s admissions cannot begin to fan the flames of its toughest critics, such as Moyer, who thinks the report did not delve deep enough into what should have been done — and could be done in future situations.

“They were largely prepared for a tsunami and localized event, but they were not prepared for a big hurricane and should have both come up with a more current plan, as well as exercise a number of drills, which are key to recognizing what weaknesses you're going to have once the real event occurs,” says Moyer, who is also chairman emeritus of emergency medicine at Boston University School of Medicine.

The preparation and recovery issues in Puerto Rico are a personal matter for Moyer, whose wife is from Puerto Rico. The couple makes frequent visits to the island, and Moyer has several sources who live and have worked firsthand in the recovery efforts.

“My sources tell me that there were no islandwide drills beforehand, and I'm not surprised by that,” he says.

His wife’s family lives in the small town of Juana Díaz near the island’s southern shore. He says FEMA’s response to the town was, like its actions elswhere on the island, very delayed. It took FEMA about four months after Maria hit to get adequate tarps on the roofs of homes in the town, Moyer says, long after many of the homes were already ruined from the outside elements.

“Without a tarp, your house gets wet, but in addition to that, it subjects you to criminality,” Moyer says. “ And the police have largely left Puerto Rico, so there is no recourse other than to stay in your home and defend it.”

There were also not nearly enough generators for the most essential needs, such as powering hospitals. One of Moyer’s friends told him that half the hospitals in Puerto Rico had no electricity or generators at the very start of the crisis.

Given Puerto Rico’s financial woes that have been going on for years, the hospitals were already low on supplies, including generators. Patients would often be treated in the emergency room at a hospital and then sent to an outlying hospital without any communication between the two institutions. In most disaster situations in the US, hospitals would be able to use satellite phones for emergency communication. In this case, the equipment that was dispersed had not been tuned for the Caribbean region, Moyer says, rendering it useless.

Furthermore, the hospitals at San Juan were only treating the most dire cases.

“You had to be mortally ill, and if you weren't so ill they would put you back in the ambulance and send you home,” Moyer says.

Feelings of being forgotten

Moyer says that the island’s collective hostility toward FEMA has been strengthened by what is perceived as “plain discrimination” when comparing Puerto Rico’s disasters to those in the United States. By comparison, he says he heard FEMA’s response to Hurricane Harvey, which ravaged the Houston area weeks before Maria hit, was much faster.

Then there is the issue of the only visit that President Donald Trump made to check on the island’s recovery, in which he toured an area that was not hit that hard, threw out paper towels and commented that the damage was going to interfere with the budget.

“Trump just said, ‘This really isn't that bad.’ So, there's tremendous resentment towards our government and towards Trump, in particular,” Moyer says.

Puerto Rican youth continue to leave the country in droves. Before Maria, the island’s population was around 4 million. Close to 800,000 people have left since then — and many of them are young people who have opted to go to the mainland US, particularly Florida.

This exodus of young people has led to a spike in suicides in Puerto Rico’s elderly community. Older men in particular, Moyer says, are suddenly alone and not used to taking care of themselves.

“There, you're really alone,” Moyer says. “You’re alone not only socially but you’re alone financially, societally, etcetera. So, [there is] a lot of depression, a lot of anxiety, and a lot of suicide.”

Moyer said that to prepare for the next hurricane, FEMA should start by making sure key assets are pre-positioned around the island, in about five places. One of the major hurdles FEMA had to deal with after Maria is that a majority of its supplies were in San Juan, located on the island’s northern coast. Puerto Rico has mountains in the middle, meaning drivers had to deal with impassable roads to get supplies distributed throughout the island.

When bombs went off at the 2013 Boston Marathon, Moyer said, approximately 20 EMS vehicles were stationed nearby. In addition, the nearby hospitals had their entire surgical and emergency staffs suit up — just in case anything would happen. When it did, everyone was ready.

“The response time was amazing,” Moyer says. “It was a terrible bombing, but the response at the scene and the response in the hospitals was just superb ... I realize it's not exactly the same as Puerto Rico, but it's doable, and it was a great response. You saw it.”

This article is based on an interview that aired on PRI’s “Living on Earth” with Steve Curwood.