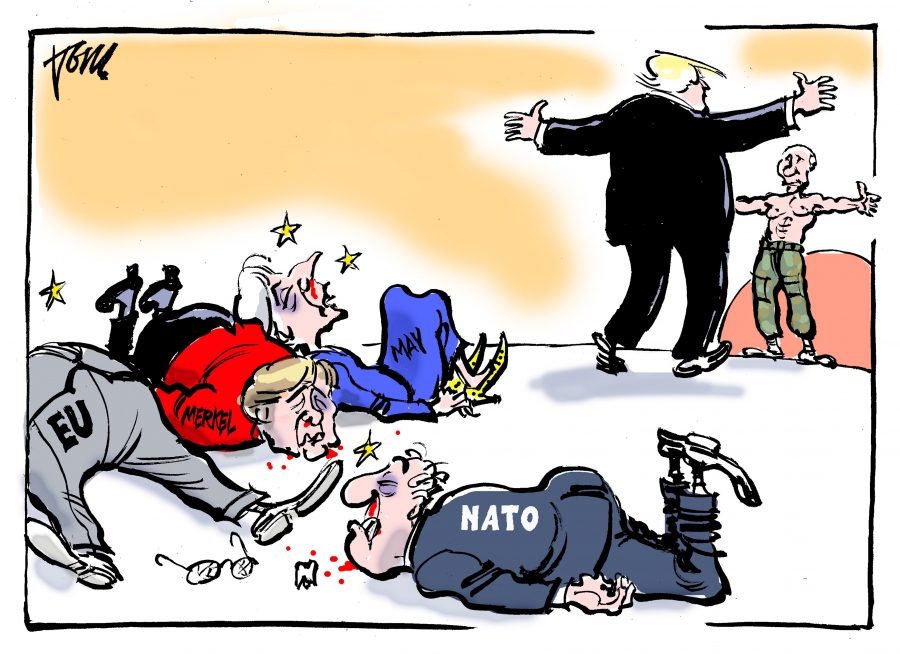 Make way for Trump. Key US allies are doing a lot of wincing and jaw-dropping this week as Trump seems to diss them at every opportunity during his trip to Europe.

We've heard so much about the baby Trump blimp at the anti-Trump protests in London today. Satirizing the balloon is almost too easy.

But satirists in Europe and around the world have had more than just balloons to work with. There were the explosive comments about the NATO alliance, the criticism of UK Prime Minister Theresa May's Brexit strategy. And obviously there's plenty of room for satirising the relationship between President Donald Trump and Russia.

Here's just a sampling of how satirists and cartoonists have responded to President Trump's encounters with key American allies on his trip to Europe and Britain.

NEWS! Queen to pretend to be dead until Donald Trump has gone https://t.co/Yx0eVwa8Mg pic.twitter.com/bJ0sYuWtXF

My cartoon Thursday @TheTimes on #Trump’s high regard for #NATO......#Putin pic.twitter.com/jRc8PlvIuA 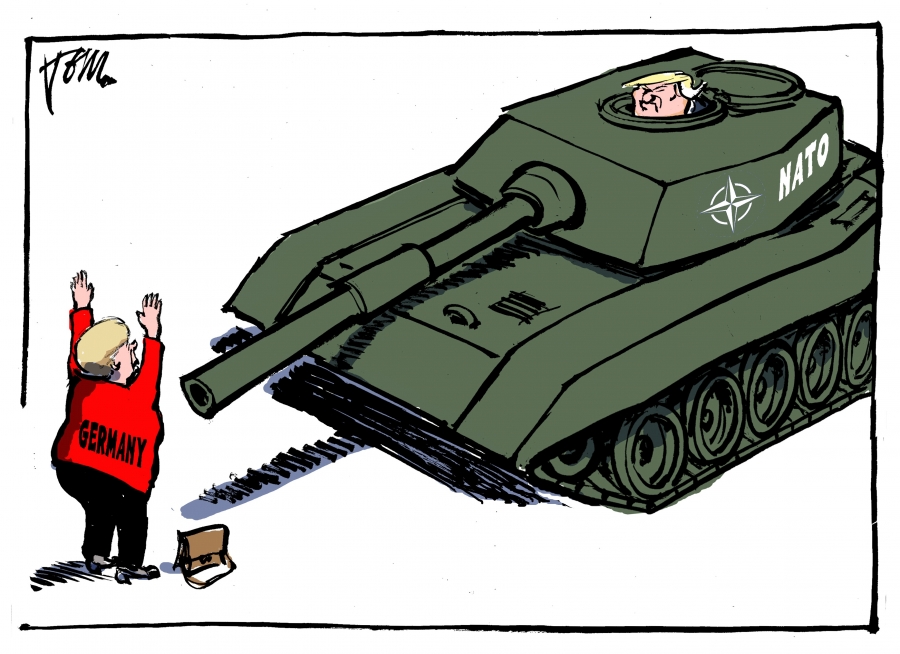 A take-off on the famous photograph of Tank Man who peacefully confronted a Chinese tank during the protests in Tiananmen Square in 1989. In this image, it's German Chancellor Angela Merkel appealing to a NATO tank driven by President Trump.