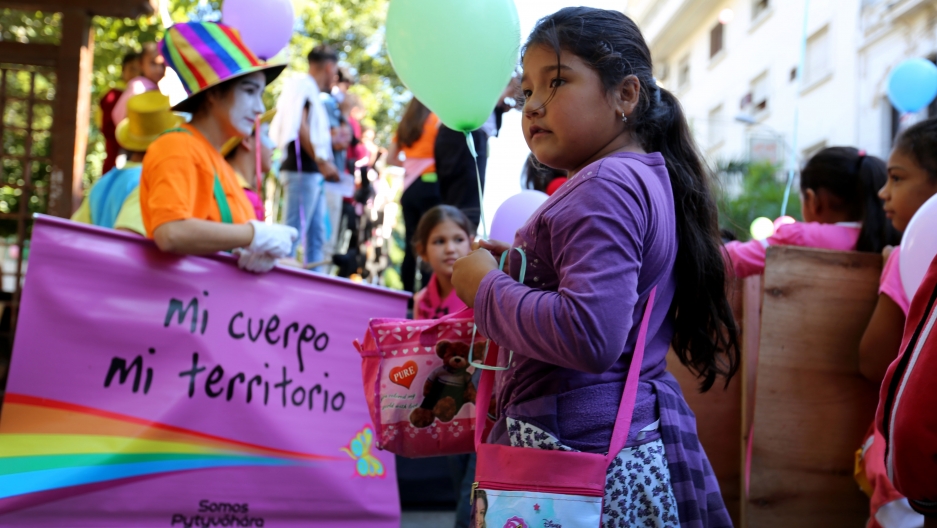 Protestors carry signs reading "my body, my territory" at a demonstration in late May in Asunción, Paraguay.

When a 14-year-old Paraguayan girl died in childbirth in March, people flooded the streets.

The 14-year-old had been raped and denied an abortion. Three years ago, a similar story made headlines in Paraguay: a 10-year-old girl had been raped by her stepfather and, despite pressure from the United Nations and Amnesty International, the Paraguayan government forced the girl to give birth.

Abortion is illegal in the country, except in cases where the mother’s life is in jeopardy. Illegal abortions are one of the leading causes of death among Paraguayan women.

Paraguayans have responded with protests.

Margarita Troche and her children took part in one on a Saturday morning in May in Asución. Shop clerks leaned out of doors to watch as hundreds of children marched on a downtown street, carrying signs that read “my body, my territory” and “girls aren’t mothers.”

“We are here today for the children who are abused in Paraguay,” Troche says in Spanish.

Two girls younger than 14 give birth every day in Paraguay, according to UNICEF. Troche says things like that happen in part because girls don’t know they have a right to say no — because there’s no sex education in schools.

“Minors don’t have that understanding, so they fall prey to these situations that we know are, in fact, sexual abuse,” she says.

It’s impossible to separate issues like abortion, child sexual abuse and a lack of sex ed in Paraguay because they’re all linked to each other. Paraguayan women have a hard time talking about any of these issues without also mentioning a man who still symbolizes a culture of oppression and machismo: Alfredo Stroessner, the longest-serving dictator in South American history.

Stroessner, who was president from 1954 to 1989, declared a state of siege in the country after taking office, which allowed him to arrest and hold people indefinitely and ban any kind of public protest.

A remnant of his time stands a few blocks away from where the children marched.

Martín Ibarrola is caretaker at a rundown one-story jail once used to hold Stroessner's political prisoners. It’s now the Museum of Memories and documents the brutality of Stroessner’s rule. 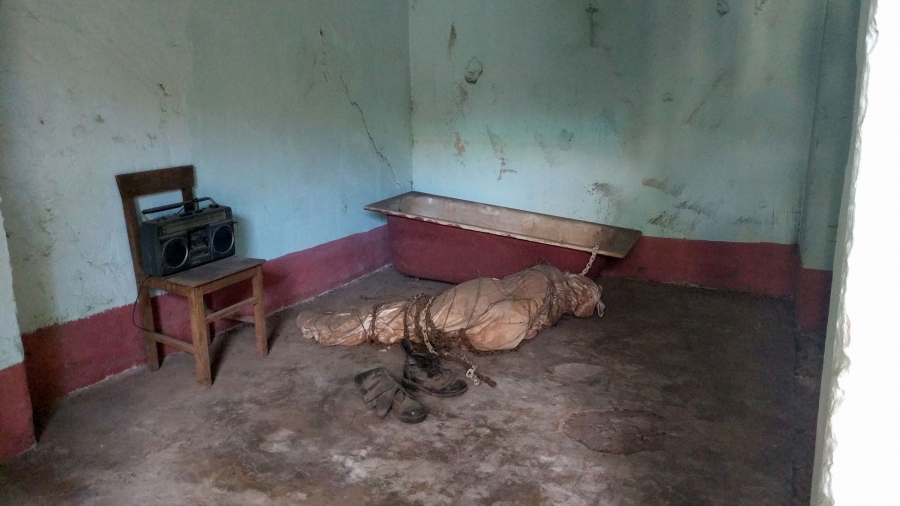 Some of the cells at the Museum of Memories are staged, like the one above.

“In those times in Paraguay, you couldn’t speak the truth,” he says.

Life under Stroessner was brutal. The press was restricted. Elections were rigged. Gay men were persecuted.

In the museum, framed documents show Paraguay’s role in Operation Condor, which was an agreement among six South American dictators to disappear their political enemies so dissidents couldn’t escape to neighboring countries. The US helped train soldiers in torture, in the name of stopping the spread of communism.

“They used the idea of communism to get help from the US,” Ibarrola says. “Not just Paraguay — all of South America.”

There was special torture for women.

Out back are small jail cells, where Ibarrola says female prisoners were raped. Ibarrola says a few have come back and talked to him. One was named Teresita.

"Teresita would tell me about the torture, but I never ask women about being raped,” Ibarrola says. “I asked the men who did their military service here if they remember her, and three of them said ‘yes, I knew her, she was too pretty.’ That tells you everything. They tell me that when shift change would happen, the officer in charge would start his shift by raping Teresita.”

The dictatorship ended in 1989, and Stroessner died a decade ago. But his political party — the Colorado party — remains in power today.

And across the street from the museum memorializing his atrocities, the walls of buildings are covered with fresh graffiti calling for legal abortion and accusing the state of oppressing women. 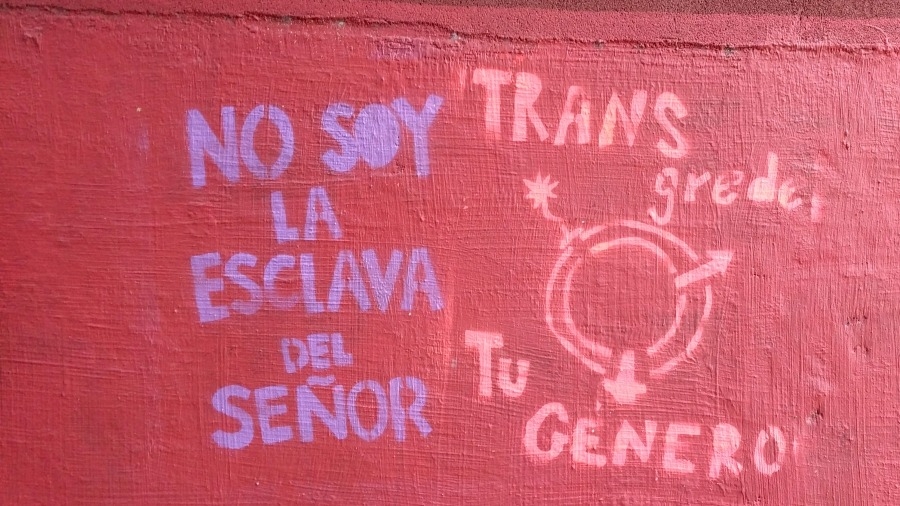 Feminist graffiti is tagged on a building across the street from the museum in downtown Asunción.

Farther down the street, in Paraguay’s Congress, women still feel like they’re fighting a male-dominated culture that Stroessner enforced.

Rosio Casco, who was a university student activist when the dictatorship ended, is one of only a few female lawmakers. Recently she introduced a bill in 2016 that would increase penalties for targeted violence against women from fines to years in prison. There was a line in the legislation that said women in Paraguay face attacks when they don’t fit gender stereotypes — when they’re not, for example, submissive or heterosexual.

Opponents latched on to one word: gender. It’s not used much in conservative, traditional Paraguay.

“We fought a lot. It was an almost intergalactic confrontation because, for opponents, the word ‘gender’ was the end of the world,” Casca remembers. “They argued that the law was a hallmark of a foreign ideology that would impose a new world order. The conspiracies were unbelievable — over one word.”

In the end, she had to remove the word to get the bill passed. Casco doesn’t think the law is as powerful as it could’ve been.

“Today there’s a lot more resistance to topics that have to do with women’s sexual health, women’s work, gender relations,” Sonia Brucke says in Spanish.

She leads a congressional committee on women.

“I think that there’s been a regression in terms of support of these topics.”

Brucke helped create the country’s Ministry of Women, a government agency dedicated to promoting women’s rights, in those first few years after the dictatorship ended. But recently she says progress has slowed; Brucke thinks there’s a powerful new conservative movement in Paraguay that’s pushing back on women’s rights — just like in the US and Europe.

“When I talk about changes, my daughter doesn’t understand what I’m talking about. For her this is awful. It could be better,” Brucke says. “But for me, this is a lot because I saw what came before.” 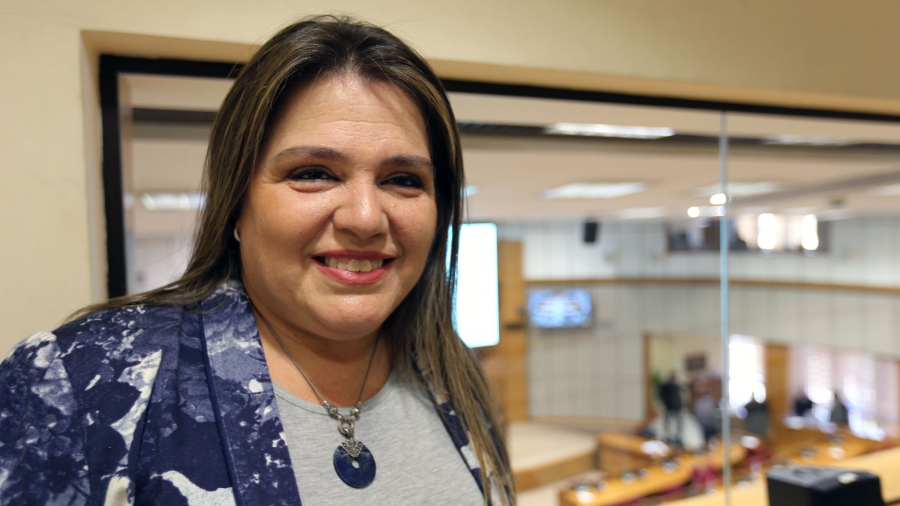 Sonia Brucke helped create the country's Ministry of Women and leads a congressional committee on women, but says there is now a powerful pushback against women's rights.