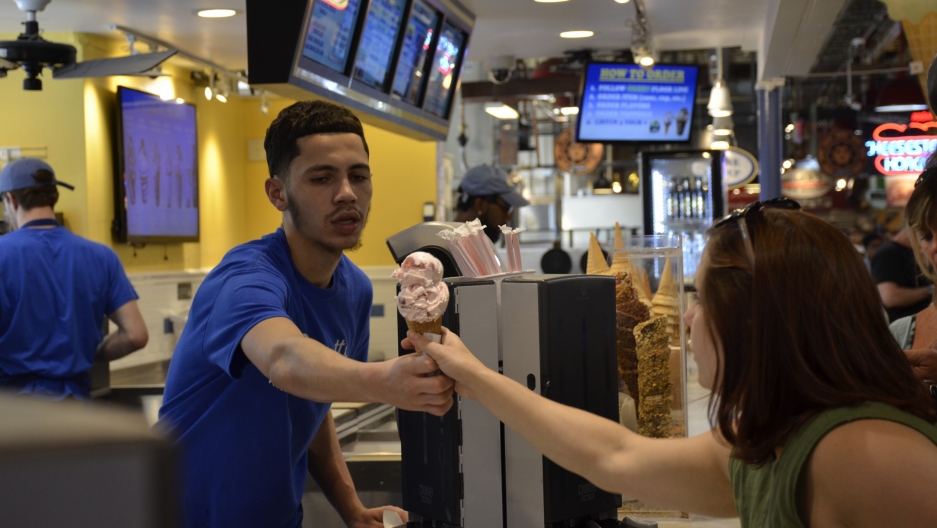 As the trade war between the US and China ratchets up, American exporters may just have to get used to Chinese-imposed tariffs. It’ll surely cost US businesses some sales. In Philadelphia, an ice cream maker who is already invested in the Chinese market has already gotten used this.

“The company was founded by my great-great-grandfather in 1861. That makes us the oldest ice cream brand in America,” says Michael Strange, the owner and president of Bassetts ice cream in Philadelphia.

“The driver is the amount of butterfat in our product. We have a 16.5 percent butterfat recipe, which makes the product very rich and creamy. It has a very silky mouthfeel,” says Strange.

He’s not exaggerating — the ice cream is outstanding. You don’t stay in business since the Civil War without knowing what you’re doing.

It may be delicious, but why is a regional company with 30 employees exporting ice cream to Asia? How does it make economic sense to ship ice cream — frozen — halfway across the world?

“My standard reply is: It actually costs me more to ship our product to Chicago than to China,” says Strange.

Transporting by ocean container ship is cheaper than hauling ice cream by truck. Still, wouldn’t it just be easier to send the recipe to Asia and churn it over there?

“Not to say anything too negative, but they really don't know how to make ice cream the way we do here in the United States,” says Strange. “‘Made In the USA’ is a very big part of our marketing in Asia. And if we made it there we couldn’t say ‘Made in the USA.’”

Strange began exporting to China a decade ago, then to South Korea in 2016. In just a year and a half, his Korean partner has opened 32 Bassetts ice cream cafés, with South Korean sales already surpassing Chinese. 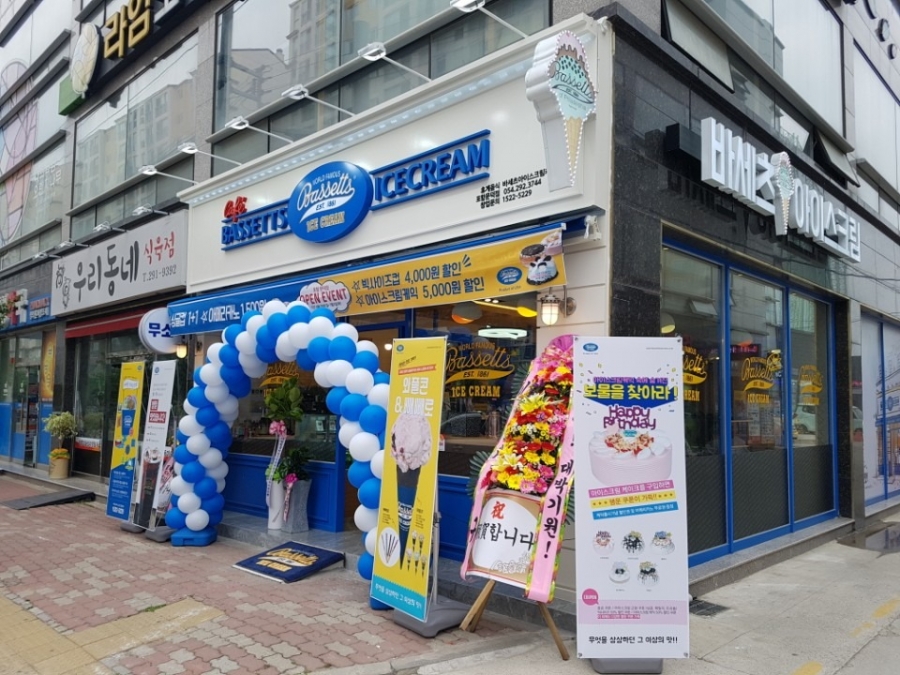 The grand opening of a Bassetts ice cream café in Pohang, South Korea. In just a year and a half, 32 Bassetts have opened in the country.

One reason for the explosive growth in South Korea: no tariffs. The US and South Korea have a free trade agreement. But, for a decade, every gallon of ice cream Strange has exported to China has been slapped with a 19 percent tax. His Chinese buyer has had to pay that.

“The tariffs really do add quite a bit to his costs,” says Strange. “That said, he is marketing the product as a super-premium ice cream, so he's really trying to reach middle-income and higher-income customers. And unlike a Ferrari or a Porsche, ice cream is affordable even to a middle-income customer, even if it's expensive by ice cream standards.”

Strange says without those tariffs, however, he’d be selling a lot more scoops in China:  “No doubt about it.”

And make no mistake, this is far bigger than just selling a few extra ice cream cones.

“How great for the city of Philadelphia to have a Philadelphia company out there in South Korea or in China,” says Linda Conlin, president of the World Trade Center of Greater Philadelphia.

Conlin’s job is to help local companies navigate international export markets. She points out a statistic from the US Department of Commerce: Every million dollars in exports supports nearly six American jobs. Her organization doesn’t want to jeopardize that growth through policies that could restrict open markets.

Conlin, a former official in the George W. Bush administration, was careful with her words when discussing tariffs and a potential trade war with China.

“Our companies are concerned about tariffs and the repercussions of a potential trade war. At the same time, we acknowledge that trade does not take place on a level playing field.”

That echoes what many are saying about President Donald Trump’s trade policy: The president has tapped into real problems with China, such as unfairly subsidizing Chinese companies, but retaliatory American tariffs are the wrong solution.

Still, Conlin says she’s hopeful the current “disruption taking place” will, in the end, be better for local businesses.

“Companies that export typically enjoy higher revenues, they weather recessions better than non-exporting companies,” Conlin says. “They have access to a richer pool of employees, they tend to innovate more.”

Consider: Bassetts' green tea ice cream, developed for the Asian market, has now also become popular in the US.

Strange is interested in expanding to more international markets — in Asia, South America, and the Middle East.

Strange has lived with Chinese-imposed tariffs for a decade. He says they don’t keep him awake at night, but worries about the threat of more coming — “I am absolutely concerned about that. No doubt about it.”

Lest you think this is a story about one man’s concern, ice cream contributes $39 billion annually to the US economy. 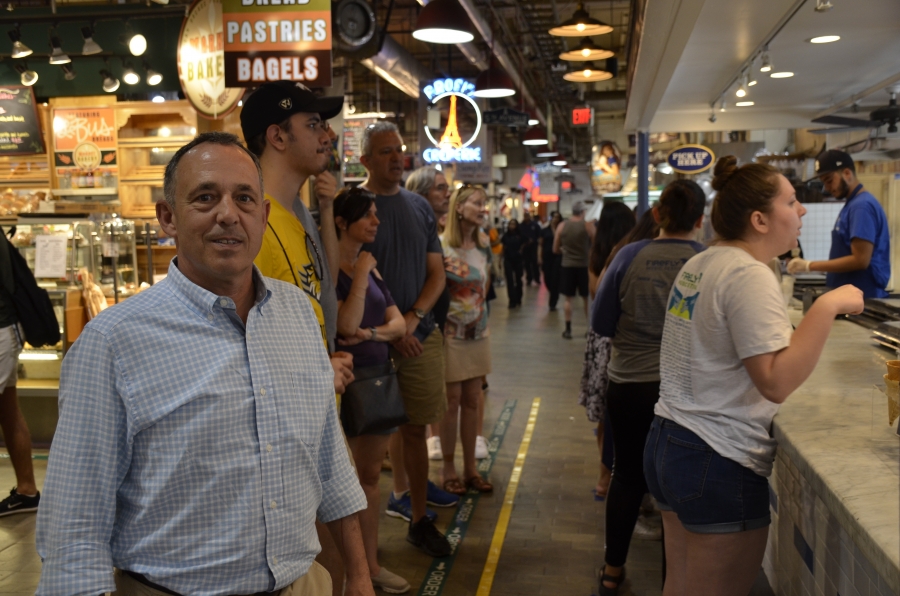 Michael Strange, owner and president of Bassetts, stands at his shop in Philadelphia’s Reading Terminal Market. Strange is the great-great-grandson of the company’s founder.