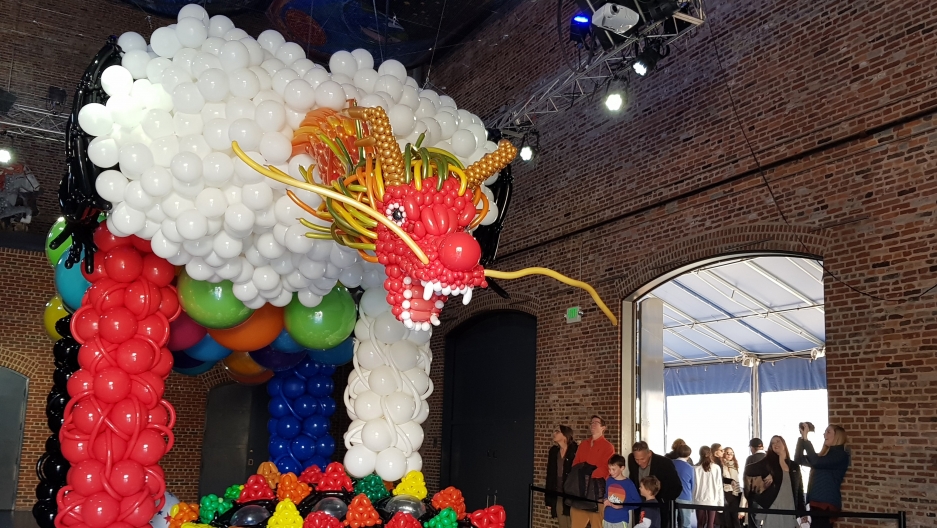 After Goh Hong-seok began to lose his sight he discovered balloon art. “It was something that comforted me whenever I was suffering from the eye pain,” he says. “I could make balloon sculptures when I was home alone and I enjoyed translating the images in my imagination into real shapes.”

South Korean artist Goh Hong-seok’s installation pieces are as intricate as they are enormous.

One of his works —  a serpentine green dragon wrapped around a white unicorn — takes up an entire exhibition room. At first glance, another appears to be a 9-foot-high flower, but is, in fact, the depiction of the inner vortex of a typhoon. 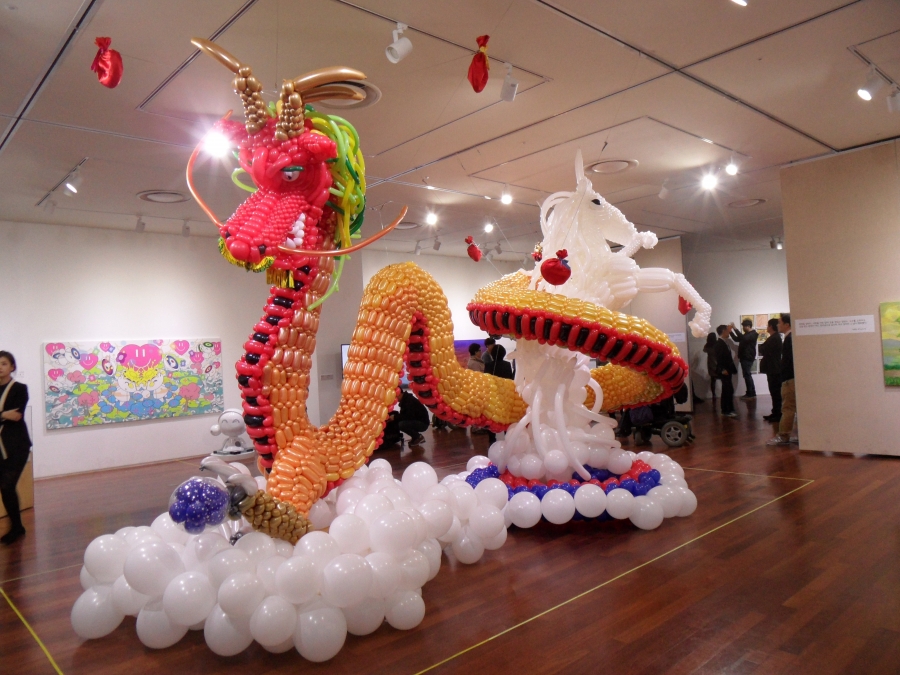 Artist Goh Hong-seok’s home just outside of Seoul doubles as his studio. Goh stores his red, green and blue balloons in separate chests of drawers in order to differentiate between the colors.

Goh’s sculptures are composed of thousands of colored balloons that have been twisted and bent into form. And while their design originates from his vivid imagination, Goh is not able to completely visually appreciate their final form.

Goh is legally blind. By his own estimate, he has lost about 90 percent of his vision. He explains that he generally perceives only dark shapes without detail or color.

For Goh, balloons are not only a means to creatively express himself, but it was through this medium that he found purpose.

“Balloons gave me my life back,” the 45-year-old says.

When Goh was a teenager he was diagnosed with Behçet's syndrome, a disorder that inflames blood vessels. This disease attacked his eyes, and gradually, his vision diminished.

“I was embarrassed and I couldn’t read books anymore. I went to high school, but couldn’t even study,” Goh says, recalling how his worsening eyesight initially affected him. “On an emotional level, I lost my confidence.”

Goh says the pain caused by the inflammation forced him to almost never leave his parents’ home. He slept for 12 hours a day and saw very little of his friends.

“I don’t think I was depressed, but when I look back at that time in my life, it was a period where I locked myself away from the world,” he says.

To help get his life back together, Goh forced himself out of this cycle and tried learning new hobbies; swimming, juggling, magic tricks. But, none of those stuck.

And then he discovered balloon art in his 20s.

“It was something that comforted me whenever I was suffering from the eye pain,” he says. “I could make balloon sculptures when I was home alone and I enjoyed translating the images in my imagination into real shapes.”

Eventually, this pastime became his passion.

His home just outside of Seoul doubles as a studio. On a large work table at the center of his apartment is a small air compressor. To help keep track of his materials, Goh stores his balloons in separate chests of drawers.

He says in some ways his art has benefited from his blindness.

“I think I can be more creative,” he says, explaining that his work is perhaps more “authentic” because he is not visually influenced by other artists.

Goh’s creations have evolved from making party favors and replicas of cartoon characters to more abstract pieces of art.

At his first US exhibition last year in Baltimore, Maryland Goh displayed a 23-by-16-foot balloon elephant and turtle sculpture, which he says represents the enormity of the universe at the start of time and the slow pace that light spread out from the big bang.

Due to the size of his installations as well as the short lifespan of a balloon, all of Goh’s work is made on location and just days ahead of the exhibition. He works with a team that helps inflate and assemble his designs, which have been put onto paper by his wife of six years, Roh You-mi.

“I explain my idea to her and she draws it and then she explains to me what she’s created and then we go back and forth until we work out the final sketch together,” he says.

But their partnership had a rocky start.

Goh says her parents did not want her to marry a blind man and would not give him permission to wed their daughter.

“I understand where they were coming from,” he says. “They didn’t want me to burden her for the rest of her life.”

The couple didn’t think they could persuade her parents, so in the end, they just eloped.

“We figured that after they get to know me, they’d accept it,” Goh says, noting that now they all get along just fine.

But, Goh has become used to overcoming expectations — even his own.

“I know people think that it’s impossible for a non-visual person to appreciate visual art and I would have felt the same way until I discovered balloons,” he says. “For me, balloons were a way to overcome my limitations and they helped me find a way to appreciate and create art without seeing.”