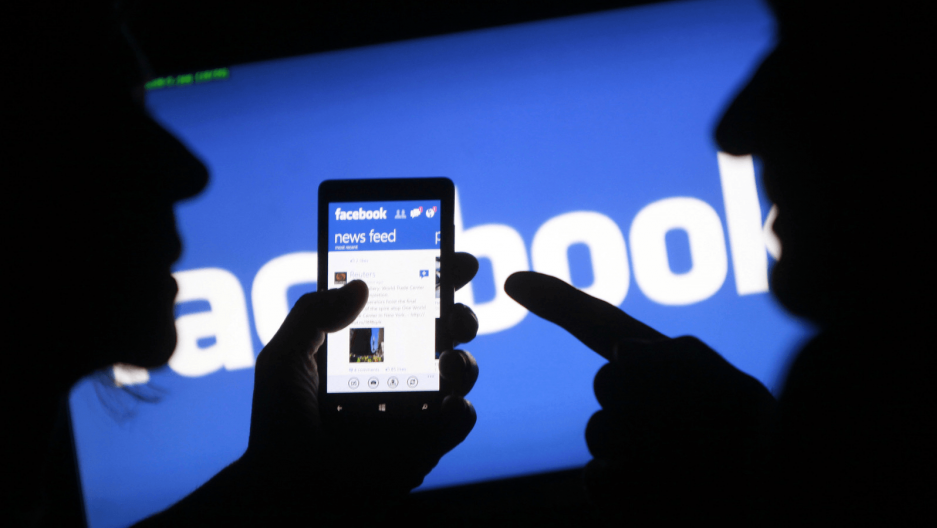 A smartphone user shows the Facebook application on his phone in the central Bosnian town of Zenica.

The American social media platforms Russian entities used to influence the 2016 presidential election are essentially attempting to regulate themselves, fearing a repeat during the 2018 midterms.

Meanwhile, the federal government agency tasked with protecting US elections from foreign meddling struggled on Wednesday to even agree on narrow rules governing the size and format of certain disclaimers on digital political ads.

It may never agree: During a daylong public hearing in Washington, DC, the Federal Election Commission’s four remaining commissioners — two seats are vacant because President Donald Trump hasn’t appointed anyone to fill them — couldn’t find consensus on how to best drag federal political ad regulations into an internet age that commenced last century.

Several people who testified at the FEC hearing implored agency commissioners to act.

“The elephant in the room today is the mechanics of online advertising have become notoriously opaque, while our transparency rules, certainly in respect to political advertising, have not evolved,” said Joseph Jerome, policy counsel of advocacy group Center for Democracy & Technology. “New industry-led self-regulatory efforts may solve this problem. It also has the potential to make the situation worse if the FEC does not engage in meaningful oversight.”

At the most basic level, FEC commissioners are trying to decide how online ads should display a disclaimer that generically reads: “Paid for by Committee X. Not authorized by any candidate of candidate’s committee.”

This disclaimer is required — per a 2002 federal law — for ads that expressly support or denounce a candidate or solicits contributions. Exemptions for small or impractical media exist, however, and include bumper stickers, campaign buttons — even skywriting messages.

As digital advertising began to balloon, Facebook asked the FEC for an exemption from the requirements. But commissioners deadlocked on a decision in 2011 and provided no formal guidance.

Late last year, Take Back Action Fund, a nonprofit, asked the FEC for guidance on how best to include disclaimers on political ads it runs on Facebook.

The FEC did agree in an advisory opinion that the nonprofit must include a clear sponsorship disclaimer on any Facebook ads. But the FEC didn’t provide specific direction on what that disclaimer should look like.

Republican Commissioner Matthew Petersen said he would prefer a clear-cut set of rules so committees won’t continually have to come to the FEC for advice. Among the pressing questions: What size should the required disclaimer be? Can viewers simply click an icon to see this message? What icon? Is a group’s free speech stifled by needing to include such a long message in limited digital space? Some panelists didn’t see the merit in these specific guidelines.

“Rules focused on characters, pixels, seconds, font size, contrast and other visual factors are too inflexible to withstand technological change,” said Dave Grimaldi, the executive vice president of the media company Interactive Advertising Bureau, who favored a more simple approach using an advertising icon to link to the required information.

But the FEC, as currently constituted, rarely finds common ground on high-profile and ideologically fraught matters such as regulating internet ads. One former commissioner, Democrat Ann Ravel, even faced death threats when she suggested in 2014 that the FEC re-examine its “approach to the internet and other emerging technologies.”

“DEMS ON FEC MOVE TO REGULATE DRUDGE,” shouted a headline stripped across the top of the Drudge Report.

Case in point: the agency spent months creating a packet of fake ads to test out their proposed rules. Brendan Fischer of the Campaign Legal Center pointed out the packet is already out of date since Facebook has updated its sponsor message.

Hunter says she cares about a “clear, objective and administratable standard that works for all platforms.”

Weintraub says she wants to set guidelines in time for the end of the midterm elections.

“More elections are going to happen when we’re watching and waiting, and I don't feel like we have [that] luxury,” Weintraub said.

Weintraub added that she wants to help voters make informed decisions and “deter and detect bad conduct,” such as Russian interference in US elections.

Said Grimaldi: “The last election showed exactly what can happen when there aren’t cops on the beat, and too much is being taken for granted as to how a litany of things [like political ads] can be weaponized.”

While invited, Google, Facebook and Twitter declined to testify at Wednesday’s FEC hearing, although all did submit written comments. (The FEC says it received “165,800 public comments and signatories to others’ comments” overall.)

Google and Twitter warned in their statements that some of the FEC’s suggestions would not work on emerging ways of advertising, such as voiceovers in newly popular six-second videos. The required script would not fit in that format.

Facebook, for example, has published a database of archived political ads. Facebook and Twitter each added new “paid by” disclaimer labels and now, along with Google, require sensitive information such as Social Security number digits to post ads. Twitter goes so far as to require a US passport in some cases.

A top Facebook executive Tuesday said the company will unveil a strategy to better distinguish between political ads and news stories about politics — an issue that’s vexed media organizations trying to promote their articles mentioning politics and being rejected. Nonprofit news organizations such as the Center for Public Integrity, Reveal from the Center for Investigative Reporting, ProPublica and The Hechinger Report are among those affected.

Separately, Facebook CEO Mark Zuckerberg and Twitter endorsed the Honest Ads Act, a congressional measure that would require popular digital platforms to maintain public records of advertisers who spent $500 or more on ads and more details on the purchaser and targeted audience. The bill is currently being considered in committee.

The tech companies’ presence at the hearing "would have been more useful than a panel of constitutional lawyers," said Weintraub, the sole commissioner who regularly uses a Twitter account.