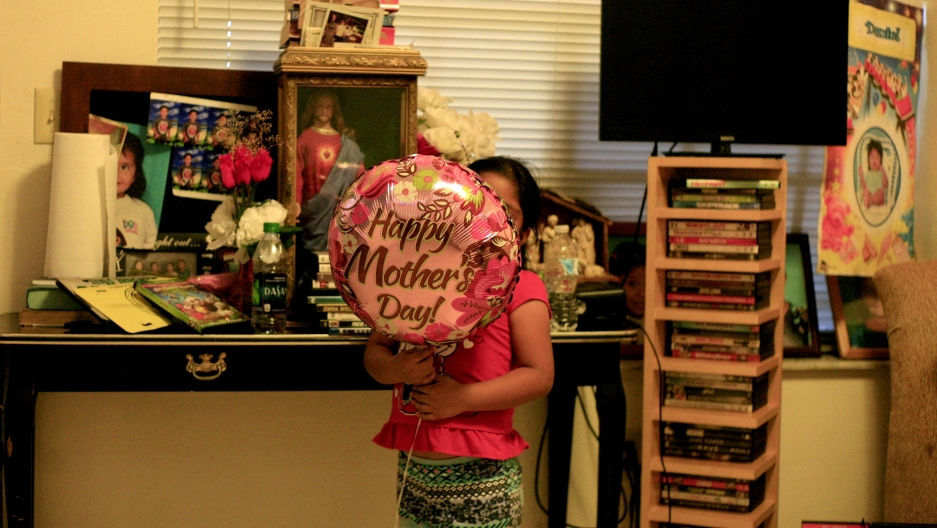 Maria, 7, plays in her great aunt’s house where she now lives after being separated from her mother at the US-Mexico border. She has not seen her mother in almost a year after they crossed the border together in August 2017. Her mother feared for their lives in Guatemala, part of the reason they asked PRI to use only first names and not show Maria’s face.

One of the thousands of parents who have been separated from their kids at the southern border, Magdalena didn’t hear about the recent executive order reversing the family separation policy, because she’s already been deported to Guatemala.

Magdalena is in hiding. She lives with her eldest brother and follows him wherever he goes, like a shadow.

“I am always home. I never go anywhere, and if my brother goes somewhere, I will go with him,” Magdalena says on the phone through an interpreter. “I never stay in the home alone.”

Magdalena is terrified that the same man she fled when she journeyed to the US with her daughter Maria will find her and kill her. That's why she asked us only to use her first name.

“I get sad that I can’t be with my daughter, that if anything was to ever happen to me, I won’t be able to see Maria again,” Magdalena says. “Like, if I end up being killed.”

The “zero-tolerance” policy of pursuing criminal prosecution of all adults who cross the border between checkpoints started as a trial last summer and was implemented fully in the past few months. Since then, at least 3,700 children have been separated from their parents, according to an analysis of government data by The Intercept. Once they are removed from their parents, children are classified as “unaccompanied minors,” as though they came across the border alone.

Some of the adults are in immigration detention, some have been released to await their court dates, and some, like Magdalena, have been deported without their children. Last week, President Donald Trump signed an executive order to discontinue the policy of separating families, instead detaining parents with their children while they await decisions on their immigration cases. The government has issued some guidance on how thousands of children who were previously taken from their parents might be reunited, but there is no clarity on how many parents were, like Magdalena, already deported without their children. Customs and Border Protection, according to The New York Times, says they will suspend handing migrants over to the Justice Department for prosecution until they find a way to do so without separating parents from children.

Magdalena traveled to the US with her daughter, Maria, who was then 6 years old. After they were separated by government agents, Maria was flown to a shelter for unaccompanied minors in New York. Magdalena was sent to jail for two weeks as punishment for the misdemeanor of crossing the border without a visa, and then moved to an immigration detention center near San Antonio. 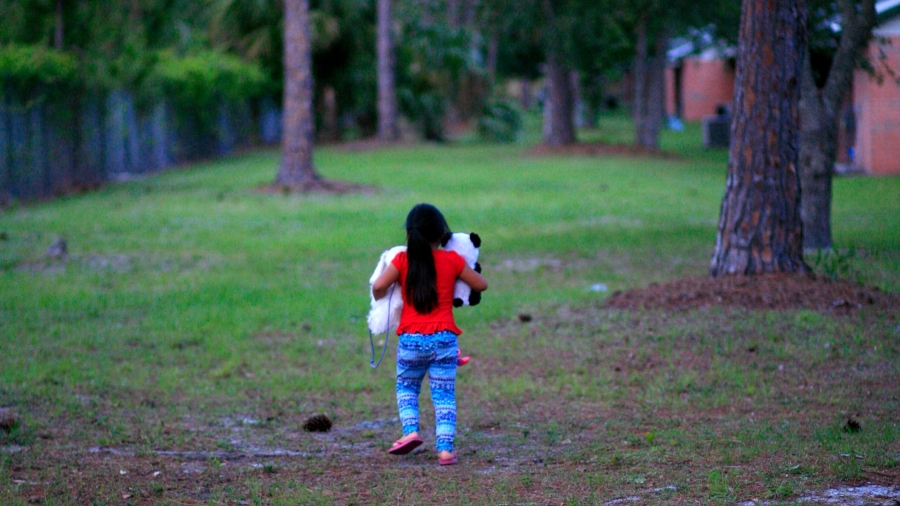 Maria, who turned 7 in April, arrived in the US from Guatemala with her mother in August 2017. They were separated at the southern border as a part of a pilot program to prosecute and criminally charge every adult who arrives between checkpoints. That program has since become standard policy for immigration agencies.

More about Magdalena and Maria: For this mother and daughter, separated a year ago at the southern border, Trump's ‘zero-tolerance’ policy isn’t new

Magdalena says she passed her critical fear interview, even though the government never found someone to interpret in her indigenous Mayan language, Akateko. She was told by government officials that she would be able to apply for asylum.

In the meantime, Magdalena looked for her daughter. The phone number the government instructed her to call to find Maria didn’t work. So, with the help of two other inmates, she wrote letters to immigration officials to try to find out where her daughter was and how to contact her. After about two weeks, Magdalena and Maria were able to talk by phone. After waiting five months in detention, Magdalena says, a judge told her that she needed to get a lawyer and that she would have to stay in detention while she sought asylum. Magdalena says she couldn’t afford a lawyer and, rather than wait in detention indefinitely, she was deported.

Maria spent almost three months at a government shelter for children before she was flown to Florida to live with her great aunt.

Magdalena says she now tries to call her daughter two to three times a week. At first, Magdalena says, Maria would ask over and over when her mom was going to come join her, and Magdalena would tell Maria that she didn’t know. Then, for three months, Maria didn’t ask. When they spoke recently, Maria, now 7, again asked when Magdalena would come to be with her.

Magdalena says it breaks her heart to tell her daughter she doesn’t know when they will reunite, but she doesn’t have the money to attempt the journey to the US again. Magdalena still owes about $400 from her trip to the border with Maria.

“I still have a debt, and I would rather pay it off, rather than putting myself in debt all over again,” she says on the phone.

If Magdalena decides to come again, she says the trip will cost between $5,000 and $6,000. Smuggling costs have been rising. Right now, she says, she doesn’t have that kind of money. Before, Magdalena picked coffee beans with her family for about $3 a day, but she can’t work now because she is afraid to be seen by the man she fled.

According to Angelina Castro, a lawyer in Florida who is helping to advise the mother and daughter, there are few legal routes for Magdalena to return. If she is caught crossing the border illegally again, she could be charged with a felony and face prison time. But there is one other possibility. A June 21 Supreme Court decision, Pereira v. Sessions, might have opened the door for Magdalena’s deportation order to be thrown out.

In an 8-1 decision, the justices stated that documents initiating the deportation of an immigrant, called a “Notice to Appear,” must be filled out completely. For years, Castro says, portions of these documents, like the date or time, when an immigrant should appear in front of a judge were either left blank or filled in with “to be determined.”

It’s a complex ruling but, as SCOTUS blog notes, it could make it possible for immigrants who have already been deported to have their removal orders canceled and seek to reopen their cases. The case most directly affects people who have spent years in the US, so it’s unclear if it will be of any service to parents deported in the implementation of the “zero-tolerance” policy.

Castro says she is reviewing the new decision.

“[These documents] are not complete, many of them are not,” Castro explains. “This is gigantic for anyone who is in proceedings right now, and anyone who has been removed.”

Including, possibly, Magdalena. Her documents are also incomplete, with “to be determined” typed into the blanks.

Magdalena has never spoken to a lawyer. In Guatemala, she's unaware of all the legal machinations happening in the US.

She doesn’t have any plans to return to the US for now. She says she just wants to stay alive so that she can see her daughter again.