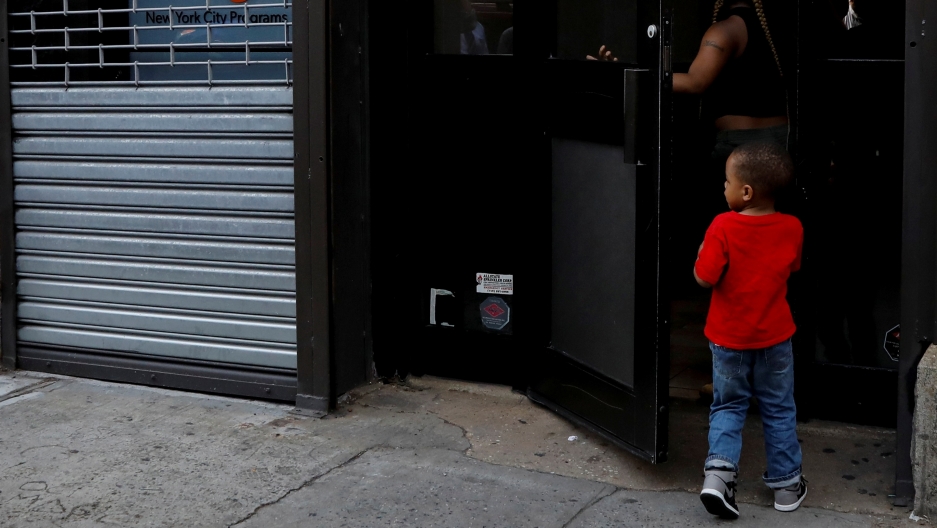 A child enters the Cayuga Center, which provides foster care and other services to immigrant children separated from their families in New York City, on June 20, 2018.

I live in Denver, Colorado, 1,500 miles from the border with Mexico.

But in May and June of this year, I cared for three toddlers, each 1 to 2 years old, who were separated from their parents at the border. They were my patients. All of the information I learned about them, I obtained from their foster parents. While I have no way to independently verify what I was told, I also have no reason to doubt the information that I was given.

The children were each brought to the emergency department by their foster mothers. I suspect there are many of these cases because foster parents are legally required to seek medical care for those in their charge prior to administering any kind of treatment. They are also required to get documentation of these visits, and in many cases, the children are brought to the emergency department for evaluation because the placements are so recent that they have not yet had time to establish care with a pediatrician.

The children I saw had similar stories. Two were from Guatemala, one from Honduras. There were two boys and one girl. All had mild childhood illnesses: gastroenteritis and dehydration, upper respiratory infections, rashes, etc. Their foster parents, none of whom spoke Spanish, knew nothing about their medical histories, their allergies or their immunization statuses. They knew only two things: One, the children's parents (both mother and father in two cases, and a father in the other) were being detained by Immigration and Customs Enforcement; and two, they had no idea how long the child would be staying with them or if they would be in contact with the parents.

I grew up in Texas and speak Spanish fluently. Despite the fact that I was speaking to the children in their native language, they wouldn’t respond to me. They buried their heads in their foster mothers’ necks and they avoided eye contact.

These are children who are in the safest, most stable possible situations our government can offer children in its care. They are living with experienced, caring foster families, their illnesses were relatively minor, and they received medical care.

While their bodies appeared relatively healthy, their behavior was so far from that of a "normal" toddler so as to be striking to both myself, as a pediatric emergency medicine physician, and to their foster parents.

Children this age are rambunctious. They climb on everything, they put things in their mouth that they're not supposed to, they begin to explore the world away from their parents, they begin to seek and to find the limits of their world. These children, in all cases, clung so tightly and so completely to their foster mothers, both in the emergency department and at home, that they were literally unable to be put down. They didn't explore the world; they were terrified that their world would be broken a second time. Their trauma, and the direct effect it was having on their development, was obvious.

One foster mother told me that she couldn't figure out how to bathe the little girl properly. Because the girl would scream every time she tried to leave her or put her down, she couldn't safely get her into the bathtub. She knew the child would be calmer if she could get into the tub with her, but as a foster parent, she wasn't allowed to do so.

Another told me, tearfully, "I'm just trying not to ruin his life. He screams every day for his papa, and I don't even know where his papa is."

In all cases, these were experienced foster families. They understood and had dealt with traumatized children in the past. This was not new territory for them. What they hadn't dealt with was the complete lack of a timeline or plan for reconciliation. They had no information on hearing dates for the parents; they had no contact information for the parents; they had no idea if or when visitation or contact would be allowed; and they didn't have access to a caseworker who could obtain this information. These children, those lucky ones who "made it" into caring foster homes, were floating, unanchored to their past or their future.

As a pediatric emergency medicine physician, I was utterly useless, a Band-Aid for a gaping wound.

Next: It took a health emergency for this Guatemalan boy, who crossed the border alone, to see a US judge