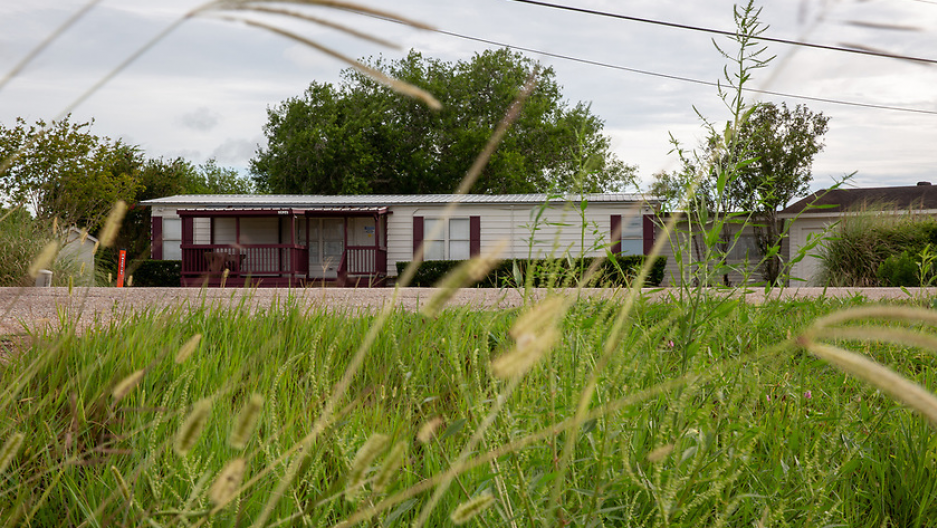 The Shiloh Residential Treatment Center in Manvel, Texas, has been paid $26 million since 2013 by the federal government to house migrant children. The company that operates the facility south of Houston has a history of problems, including deaths of children in its custody and allegations children were systematically drugged with psychotropic medications.

President Donald Trump’s zero-tolerance policy is creating a zombie army of children forcibly injected with medications that make them dizzy, listless, obese and even incapacitated, according to legal filings that show immigrant children in US custody subdued with powerful psychiatric drugs.

Children held at Shiloh Treatment Center, a government contractor south of Houston that houses immigrant minors, described being held down and injected, according to the federal court filings. The lawsuit alleges that children were told they would not be released or see their parents unless they took medication and that they only were receiving vitamins.

Related: US says nearly 2,000 families have been separated at the Mexico border

Parents and the children themselves told attorneys the drugs rendered them unable to walk, afraid of people and wanting to sleep constantly, according to affidavits filed April 23 in US District Court in California.

One mother said her child fell repeatedly, hitting her head, and ended up in a wheelchair. A child described trying to open a window and being hurled against a door by a Shiloh supervisor, who then choked her until she fainted.

“The supervisor told me I was going to get a medication injection to calm me down,” the girl said. “Two staff grabbed me, and the doctor gave me the injection despite my objection and left me there on the bed.”

Another child recounted being made to take pills in the morning, at noon and night. The child said “the staff told me that some of the pills are vitamins because they think I need to gain weight. The vitamins changed about two times, and each time I feel different.”

Shiloh is among 71 companies that receive funds from the federal government to house and supervise immigrant children deemed unaccompanied minors.

Related: Migrant children coming to the US are being sent to shelters with histories of child abuse allegations

An investigation by Reveal from The Center for Investigative Reporting found that nearly half of the $3.4 billion paid to those companies in the last four years went to homes with serious allegations of mistreating children. In nearly all cases reviewed by Reveal, the federal government continued contracts with the companies after serious allegations were raised.

“You don’t have to be a rocket scientist here; it looks like they’re trying to control agitation and aggressive behavior with antipsychotic drugs,” said Mills, who practices in the Washington, DC, area and was an expert witness for a lawsuit that in 2008 stopped the federal government from forcibly administering antipsychotic drugs to deportees.

“You don’t need to administer these kinds of drugs unless someone is plucking out their eyeball or some such. The facility should not use these drugs to control behavior. That’s not what antipsychotics should be used for. That’s like the old Soviet Union used to do.”

The records were filed in connection with an ongoing class-action status lawsuit alleging poor treatment of immigrant children in US custody. An attorney representing the children said youth separated from their parents often become depressed, angry, anxious and, sometimes, unruly and that, in turn, encourages prescription of inappropriate medication.

One child was prescribed 10 different shots and pills, including the antipsychotic drugs Latuda, Geodon and Olanzapine, the Parkinson’s medication Benztropine, the seizure medications Clonazepam and Divalproex, the nerve pain medication and antidepressant Duloxetine, and the cognition enhancer Guanfacine.

Dosage recommendations at Shiloh gave orderlies what Mills called an unusually wide berth to determine how much medicine to give the children.

Maribel Bernardez first suspected her son was being drugged at the Shiloh facility when she saw a video sent by his caseworker via WhatsApp.

“He was completely hypnotized and lethargic,” Bernardez told Reveal.

Bernardez, now reunited with her son in New Orleans and seeking asylum from Honduras, provided Reveal with records showing her son was held at the Shiloh facility for six months. He was 9 when he landed at Shiloh in November after being referred for what staff considered psychological issues. Reveal is not publishing his name at his mother’s request.

Related: For a child migrant, days feel like a lifetime when you’re imprisoned and alone

Medical records show that Bernardez’s son was administered psychotropic drugs at Shiloh. She told Reveal that she repeatedly objected and did not sign any consent form.

Side effects of the medications make some children feel even more desperate, leading to the prescription of increasingly powerful medications, said Carlos Holguin, an attorney for the Los Angeles-based Center for Human Rights & Constitutional Law. Holguin is asking a judge to require parents’ permission or a court order before children in the country illegally can be medicated.

Shiloh already had a reputation for mistreating children. In December 2014, Rep. Sheila Jackson Lee, D-Houston, called for Shiloh to be shut down, citing reports from the Houston Chronicle of “physical violence, unreasonable and excessive use of physical restraints, administering emergency medications without notice to governmental authorities, and several deaths of minor children while in custody,” she said in a statement.

But the US Department of Health and Human Services continued sending children and funds to Shiloh — a total of more than $19 million after the congresswoman called for its closure, according to federal payment records.

Shiloh has contracted to house immigrant children since 2013. Last year, the most lucrative yet under its agreement, Shiloh collected $5.6 million.

Children and parents interviewed by the attorneys described being forcibly injected or made to take as many as 18 pills a day. One record reviewed by Mills showed a child taking a battery of shots and pills that included three different types of antipsychotic drugs, which Mills said were improperly prescribed for “agitation” and “aggressive behavior.”

Of the 20 or so children Holguin and his colleagues interviewed, all had been medicated. Parents he interviewed described the results.

“I understand they are requiring [my daughter] to take very powerful medications for anxiety. I have noted that [my daughter] is becoming more nervous, fearful, and she trembles,” one said. “[My daughter] tells me that she has fallen several times and has injured her head and arms, to the point that she ended up in a wheelchair, because the medications were too powerful and she couldn’t walk. She has complained about the medications to the staff, that they make her afraid of people.”

Medical records included in the court exhibits suggest improper use of medications, according to Mills.

Asked how such drugs and dosages would make children feel, Mills said: “They feel like shit. They feel like they have given up their own control. The long-term complications are weight gain and developing adult-onset diabetes. These drugs are not benign.”

This story was produced by Reveal from The Center for Investigative Reporting, a nonprofit news organization. Learn more at revealnews.org and subscribe to the Reveal podcast, produced with PRX, at revealnews.org/podcast.