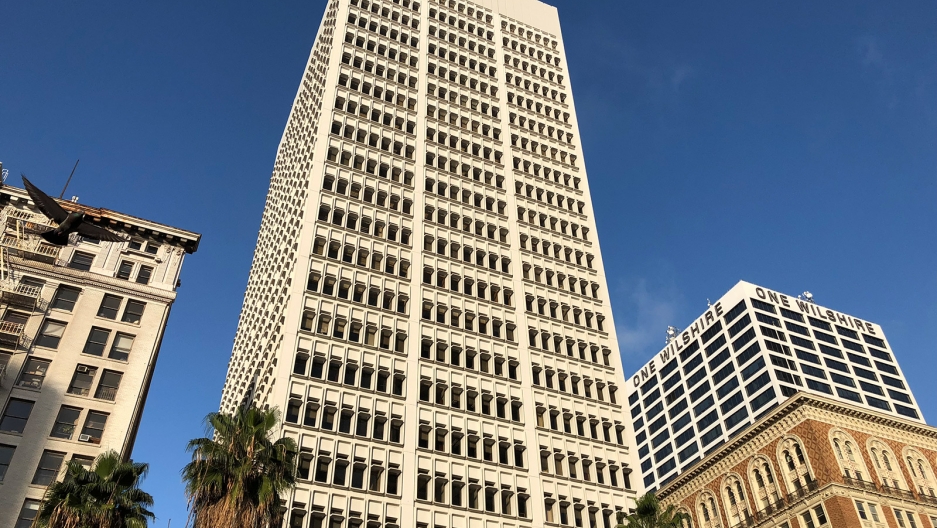 The building that houses the US immigration court in Los Angeles, one of 57 such courthouses in the country.

From the outside, there’s nothing special about the building at 606 South Olive Street in downtown Los Angeles. If anything, the 50-year-old office tower, with vacant retail space on the ground floors, is dingy compared to the newer, swankier buildings being built around it.

But if you’re an immigrant fighting deportation, what happens inside this building is all-important. The US Immigration Court in Los Angeles is one of roughly 60 in the country. And the decisions judges make here — about who gets to stay in the US and who gets deported — can dramatically change people’s lives, for better or for worse. 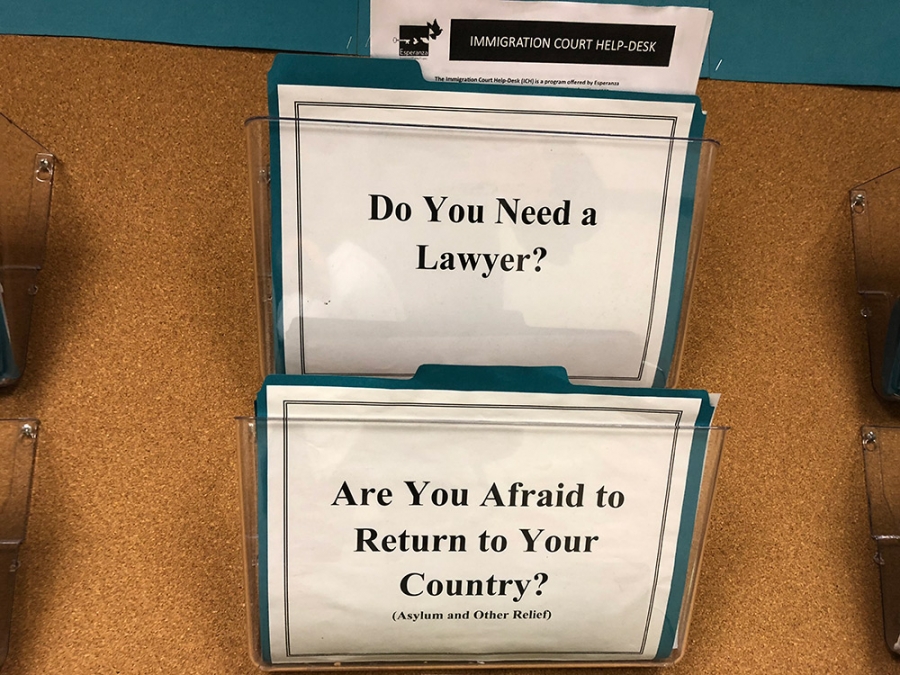 “It definitely is a matter of life and death for a good part of our clients,” says Patricia Ortiz, a program director with the with the Los Angeles-based Esperanza Immigrant Rights Project. It provides legal advice to people in immigration court proceedings, many of whom are seeking asylum because of violence and unrest in their home countries.

“There is a very real possibility that a good portion of our clients, if they are returned to their own countries, will be tortured or killed,” Ortiz says.

If that sounds overly dramatic, it’s exactly what Jorge García, who is 18, said after he left the courthouse one morning. He's in the US alone, and like the vast majority of immigrants, he does not have a lawyer and is representing himself in immigration court — a difficult enough task for those who do have legal representation, let alone those who don't. García believes there’s only danger for him in his native Honduras because of gang violence.

“I have a death threat against me in my country,” García said.

Human rights advocates say the Trump administration’s continuing immigration crackdown could make it harder for García and thousands of others to get a fair hearing in America’s immigration courts.

Many in the immigration justice system, such as Judge Ashley Tabaddor in Los Angeles, share those concerns. Tabaddor is the president of the National Association of Immigration Judges.

She says speed and toughness are being placed above due process and judicial independence by the Trump administration, and it’s time for judges to speak out.

Tabaddor is especially concerned about a new policy of courtroom quotas.

Arguing that America’s immigration court system is backlogged its too many open cases, US Attorney General Jeff Sessions has required that judges rule on a certain number of cases a year, or face penalties.

“What it does is make the judge an interested party in a case,” Tabaddor said. “Because now the judge has to be thinking, ‘Am I going to lose my job if I don’t do this case quickly?’”

Related: Immigration judges say Sessions' decision makes it harder for people facing 'life and death' to win asylum in the US

But even before Trump became president, things were tough for people in immigration proceedings. Unlike defendants in criminal courts, immigrants are not guaranteed a public defender because immigration is a civil proceeding, so immigrants do not have the same constitutionally guaranteed right to an attorney at the taxpayer's expense as a criminal defendant does. Legal aid for immigrants can be scarce, and access to affordable attorneys is uneven throughout the country.

Lawyers with Esperanza Immigrant Rights Project set up a help table in spare waiting rooms at the Los Angeles courthouse. Ortiz says immigrants summoned to the building can be scared and confused.

“They know they have to see a judge, but they don’t really know what that means," Ortiz said. “They don’t know what to expect.”

Tabaddor said she does not believe that toughness and speed — two priorities of the Trump administration — can coexist with justice. She says she often feels dispirited but won't stop fighting for what she believes are principals of justice and the rule of law.

A previous version of this story misstated the number of immigration courts in the US.