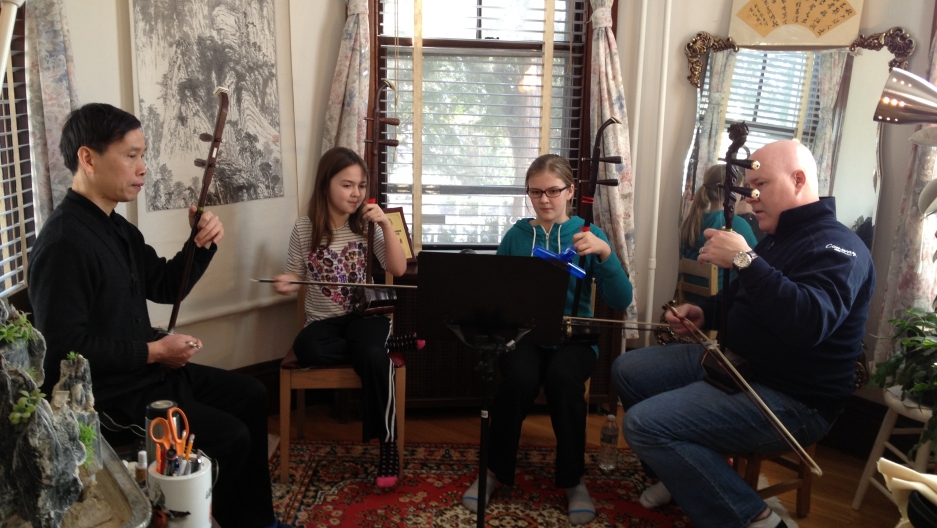 It has been almost four years since I came to the United States. The year before I arrived, “A Moonlit Night on the Spring River” (a piece of Chinese traditional music) woke me up every weekend.

It was my mom playing a guzheng, a Chinese plucked-string instrument with more than 2,500 years of history.

My mom was always enchanted by the beauty of Chinese traditional music but, for much of her life, she never had the chance to learn an instrument. In 2009, she got a guzheng from a friend and has been playing and performing ever since.

Sometimes when I miss her, I search for the songs she used to play. I never expected to hear them here in Boston. 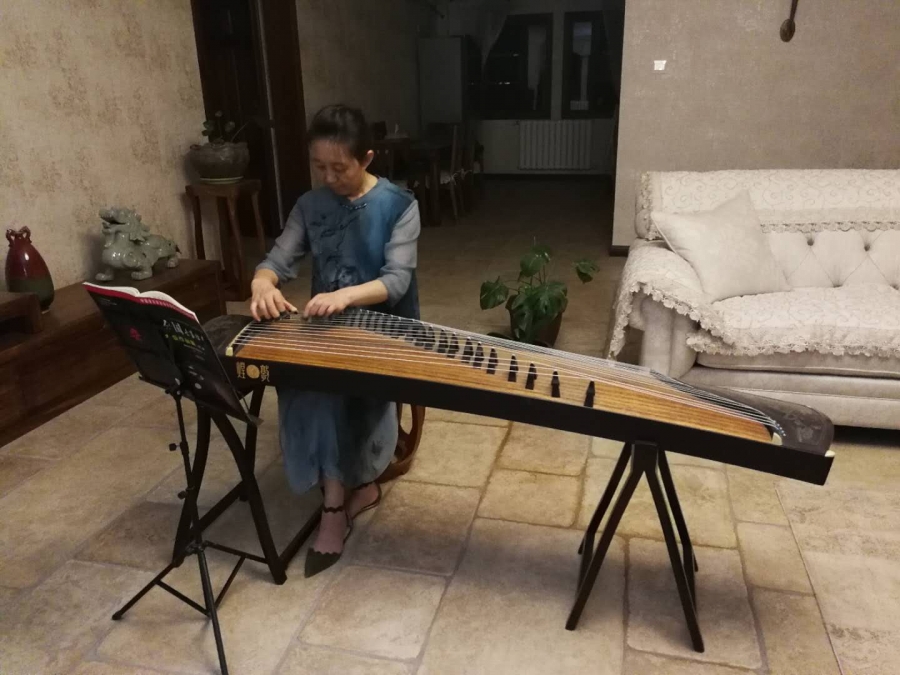 Earlier this year, as I looked for a new apartment, I met Zhantao Lin, the director of the Boston Chinese Musicians Association. At Lin’s house, I heard the beautiful, familiar sound of the erhu. Lin later introduced me to his music group and I heard them rehearse as a Chinese orchestra for a performance this year.

The piece tells the story of Liu San Jie, the third daughter of the Liu family, a legend of the Zhuang people, one of the 56 ethnic groups in China. Liu San Jie was famous for her musical talent and always sang folk songs describing the oppression of the poor. I’ve heard people sing the song in China, but I have never heard the Chinese orchestra version.

It's beautiful and powerful — it suddenly brought me back to China and my home.

The erhu dates back to the Tang dynasty in the seventh century. Though it only has two strings, it produces a beautiful melody and can convey a wide range of emotions. Lin said when he first heard it as a kid, he was fascinated by the originality of the sound.

“Erhu really [sounds] like a human voice. When I heard my brother and some of my teachers playing, it gave me a very deep feeling. You feel a little sad, like you miss something,” Lin explained.

While erhu has been called the “Chinese violin,” its rhythm and tone differs from the Western string instrument.

“Erhu or some Chinese instruments use a lot of 'slide' elements, giving the music more color,” Lin said.

Teaching is part of Lin’s daily routine. Besides performing, he passes on his love of erhu to students. Lin’s students range from 9-year-old primary school kids to middle-aged Ph.D. students. I went to one of Lin’s teaching classes and met 9-year-old Landon Turk. I asked him why he chose to learn the erhu.

“It’s much easier to learn than violin,” he said.

Perhaps Turk hasn’t really started to appreciate the beauty of erhu, but his mother, Hsiuchen Turk, has always loved the instrument.

“I grew [up] in Taiwan and I always loved the sound of erhu. When I came here, I took my kids to Chinese school. One day in the hallway, I heard a teacher was teaching students about erhu. And then, oh my goodness!” Hsiuchen Turk recalled. “My son, he used to play violin, but he kind of didn’t like it. So when we introduced him to erhu, he liked it better.”

She thinks it's important for her son, who grew up in the US, to have experiences in Chinese culture and an awareness of his cultural identity.

“There are so many beautiful things in Chinese culture: the music, the language and the art. So we just try to do the best we can to let them to have an opportunity to explore to all kinds of culture that he comes from,” said Hsiuchen Turk.

I credit my mom with giving me a chance to immerse myself in the Chinese musical world. The music makes me feel relaxed. It’s also therapy — a healing for my homesickness. If you listen to one piece, you will feel the uniqueness, the power and the beauty.