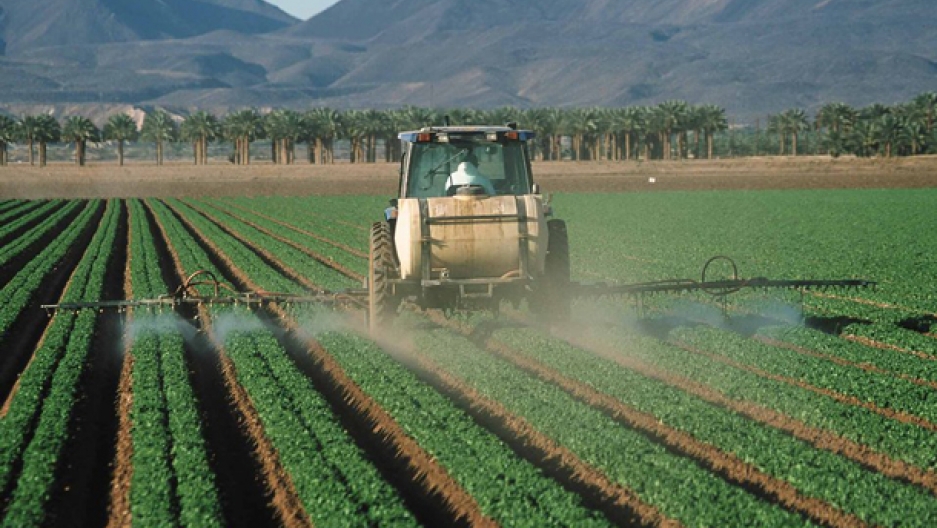 Glyphosate is a common ingredient in chemical herbicides and is widely used in commercial agriculture.

New emails uncovered through a Freedom of Information Act request reveal that a US Food and Drug Administration scientist found residue from the herbicide glyphosate on nearly every food item tested, including cereals, crackers and honey.

In 2015, the cancer agency of the World Health Organization listed glyphosate as a “probable carcinogen.” Monsanto, the manufacturer of glyphosate (which most consumers know more familiarly as the active ingredient in the weed killer Roundup), disagrees with the agency's data. Some 80,000 tons of glyphosate are used yearly in America for household and commercial applications.

In 2016, the FDA began testing for the chemical in foods. While that agency has yet to issue a public report, the Environmental Protection Agency, under Scott Pruitt, says it has found no evidence that glyphosate is a human carcinogen and has approved its continued use on both genetically engineered and non-GMO crops.

Curious to learn what the FDA actually found about glyphosate residues, journalist Carey Gillam issued a Freedom of Information Act request to see the test results and wrote about it for the Guardian.

“The internal emails that I've recently reported show that one chemist for the FDA, out of Arkansas, reported he couldn't find hardly anything that didn't have weed killer in it,” Gillam says. “He reported bringing food from home — wheat crackers and granola and other things — and it all contained glyphosate. He said the only thing he found that didn't contain the weed killer was broccoli.”

Gillam says relying on government data about glyphosate presents problems because the US Department of Agriculture and the FDA have routinely skipped testing for it. “A number of consumer groups, academics and others have had to do their own testing to try to find out how much of this weed killer is in our food,” Gillam explains, “and they're finding it in everything from the wine you're drinking with dinner to snacks, cereals, crackers and cookies that we give our kids in their lunch boxes. Really, it is this pervasive.”

The internal FDA emails Gillam obtained revealed that one chemist found exceptionally high levels of glyphosate in a sample of corn, but didn't report it outside the agency. For corn, the MRL is 5.0 parts per million; the FDA scientist reported finding it at 6.5 parts per million.

“What we saw in the internal email was that his supervisor was reassuring the EPA that they would not need to take action on that, that they would simply not consider that to be an official sample,” Gillam reports. “In essence, they could ignore it. We’ve seen a bit of a pattern of this.”

This same scientist, Gillam adds, had previously found glyphosate at illegally high levels in honey and was told by his supervisors “not to worry about it, that it essentially would go away, [that] it wasn't going to be considered official in any reference.”

In 2014, the Government Accountability Office criticized the FDA for skipping tests for glyphosate. Now, according to Gillam, the agency says it will release some data in their next report, which should be out at the end of this year or in early 2019.

But there is little doubt that basically everyone living in the US has likely consumed glyphosate residue in their food in some amount. Less certain are the health consequences of this intake.

“Without having a lot of data, without having bio-monitoring, without being able to correlate dietary intake of this weed killer with any particular human health impacts, it's anyone's guess,” Gillam says. “There is certainly a body of research out there showing that glyphosate has an array of human health harms. Scientists have found it tied to kidney problems, liver problems, reproductive concerns and, of course, the International Agency for Research on Cancer tied it to non-Hodgkin's lymphoma type of cancer.”

Equally troubling, Gillam adds, is that little testing has been done on formulated products — that is, products consumers find on the shelf at the local lawn and garden store. Until recently, testing has been focused only on glyphosate by itself, which is the active ingredient, but not on the formulations and the mixtures of glyphosate with other ingredients.

“What I've been able to find out, and recently reported, was that they are finding that these formulated products are much more toxic than glyphosate by itself; that they are killing human cells much more potently than what has been studied for the last 40 years; and that the government itself has said they don't even know what's in these formulations because they’re trade secrets,” Gillam explains.

In other words, trade secrets are taking precedence over public health. “That's where we are today, it seems,” she adds.

In response to a request for comment, FDA Press Officer Peter Cassell emailed: “Preliminary results for samples collected under the 2016 special assignment showed no pesticide residue violations for glyphosate in any of the four commodities tested (soybeans, corn, milk, and eggs).”