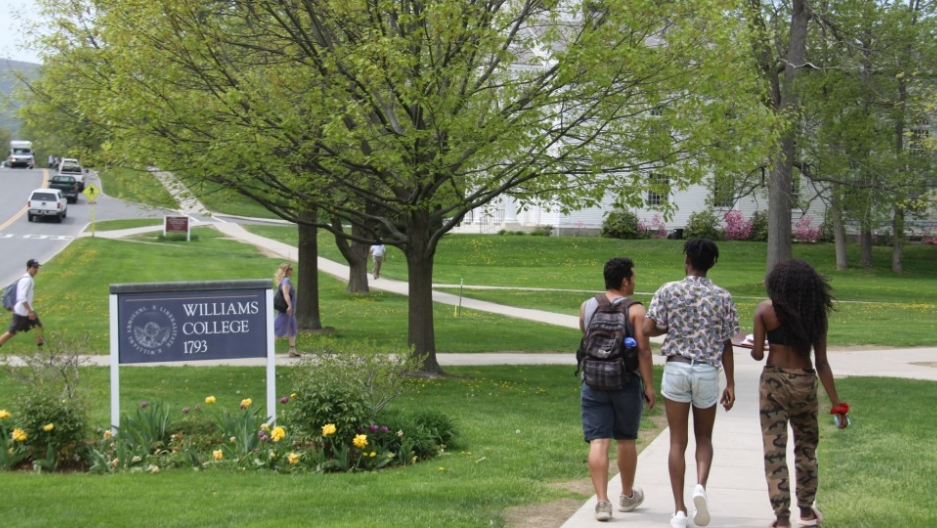 Students at Williams are urging administrators to create an Asian American Studies program.

At a café near Williams College in the Berkshires, in western Massachusetts, students crammed for final exams. Sitting in the back, junior Tyler Tsay, an American studies major, had something else on his mind as well.

“It's very necessary to have an Asian American studies program, if only to complete the American Studies program that already exists on campus,” Tsay said.

The 21-year-old from Pasadena, Calif., the son of Taiwanese and Korean immigrants, leads a group called Asian American Students in Action, which is demanding that Williams recognize an Asian American studies major within the next five years.

In April, to make its case, his group disrupted a student orientation. “We wanted to make it clear that this movement is something that shouldn’t be ignored anymore,” Tsay explained.

Tsay's campaign is also being replicated on other campuses. Students at Temple, Amherst, Duke and Yale are demanding Asian American studies programs. Next fall, Princeton will launch one. The push has been off and on for decades, but today there are only about 30 programs. Most are located at public universities on the West Coast.

"The Asian American population is still heavily concentrated in the West Coast, particularly California," said Paul Watanabe, a political scientist at the University of Massachusetts, Boston, which is the only Asian American studies program in the state that offers a major.

Watanabe, who is Japanese American and whose parents were put in World War II-era Japanese American concentration camps, said that traditional and elite colleges like Williams and Harvard should reconsider the value of Asian American studies.

Some scholars also said this goes beyond Asian American studies — it’s about advancing other programs, too, including African American and Latino academic programs.

"This to me is part of being a good citizen,” said Sumun Pendakur, who is with the Race and Equity Center at the University of Southern California. “Are we educated about power, privilege, opportunity, access? Whose stories do we know and whose stories do we not know?"

Pendakur worries that race and ethnic studies are under threat and points to Arizona, where lawmakers recently tried, and ultimately failed, to ban ethnic studies in a state where Latino and Chicano studies have a presence. "That was an overt power play by the legislature. They said they did not want a community to be empowered, and at the same time they did not want other people to learn about the Chicano experience."

At Williams, Asians and Asian Americans make up about 17 percent of the student body, but Tsay, the student, said that he can often feel socially and academically marginalized, in part, because the Williams faculty is just 10 percent Asian or Asian American. That’s why his group also wants the college to hire more professors who specialize in Asian American studies.

“I think that having that legitimization of the Asian American experience on an institutional level is very important for guiding how we interact with each other as students, as people, on a daily basis,” Tsay said.

Williams administrators said they understand the argument that Tsay and other students are making. The campus already offers black and Latino programs, but they won’t commit to creating an Asian American studies program. Dean of Faculty Lee Park said creating a new program is complicated.

“Asian American Studies isn't the only curricular area that there might be interest from students or from faculty in developing, but we don't have unlimited resources in terms of the number of faculty lines,” Park said.

As for a related push at Williams to diversify its faculty, Park said federal law constrains how the college can pursue that goal. “We can’t carry out race-based hiring for any group,” Park said.

Student activists, though, feel administrators have ignored them for too long.

“Being a person of color at Williams is an experience that isn’t really paid a lot of attention,” said sophomore Rheia Jiang, 19, who is from San Diego and has Chinese heritage. Jiang says an Asian American studies program at Williams would deepen her understanding of this part of US history.

This summer, Jiang and other student activists are planning to urge wealthy alumni to withhold donations until Williams commits to such a program.