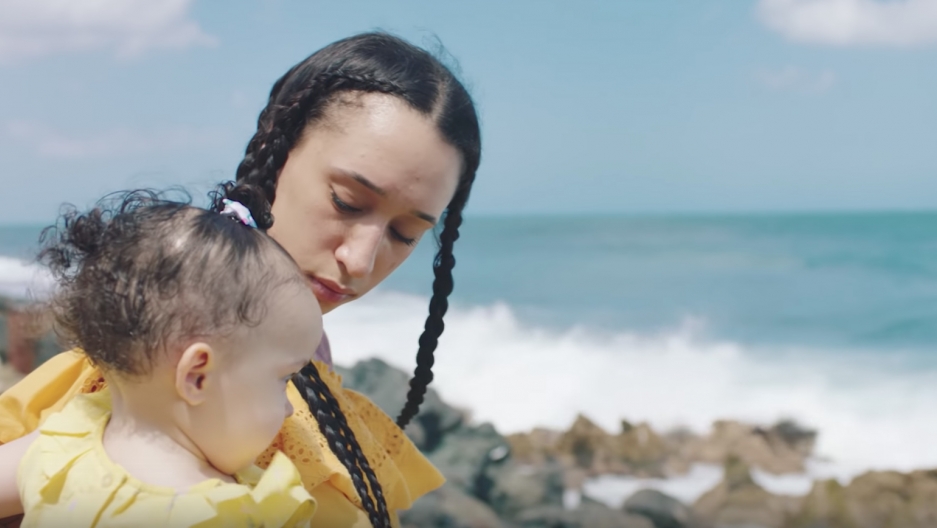 Screenshot from Hurray for the Riff Raff's "Pa’lante."

Hurray for the Riff Raff/Youtube

Pa’lante, meaning “onwards” or “forward,” was the title of a newspaper published by the Young Lords, a Puerto Rican leftist group advocating for social change in the '70s. Now the newspaper and Pedro Pietri’s poem, "Puerto Rican Obituary," are leading inspirations for a new song by the band Hurray for the Riff Raff — and also for a new music video that captures life in post-storm Puerto Rico.

The music video follows one family that is emotionally and financially impacted by Hurricane Maria. Interspersed with images of Puerto Ricans, including musician Alynda Seggara of Hurray for the Riff Raff, the short film attempts to capture the brunt of the storm.

Director Kristian Mercado Figueroa intended the music video to go beyond the statistics presented. Figueroa and actress Mela Murder experienced cathartic and heartbreaking experiences while filming in Puerto Rico. For Murder, it was the first time back to the island, while Figueroa's family was uprooted from their homes and his grandfather passed away due to a lack of medical resources after the storm.

When the cast and crew touched down in Puerto Rico, just six months after the storm, it was late and dark. 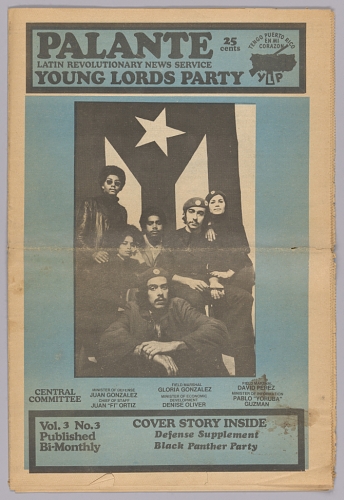 Volume 3, number 3 of The Young Lords' newspaper Palante from 1971

“All we were really surrounded by was the devastation," says Murder, who plays Milagros, a single mother grappling with raising her daughters in the aftermath of Hurricane Maria.

In the opening scenes of the video, Murder is seen holding her actual daughter, Amethyst. Her niece plays the role of her second daughter later in the video. Murder holds Amethyst on her waist and they walk out toward the water. The two are adorned in bright yellow dresses. Murder's braids lay plaited against her head, then dangle beside her. She walks beside wreckage, but walks a clear path.

Murder, a single mother herself, said that in preparing for this role she spoke with several young mothers and channeled their energy as well as persistence to provide normalcy for their children. She says that in preparing for a character like Milagros, she wanted her to have strength and warmth.

Figueroa explains that filming the music video for "Pa’lante" was the first time he’s ever cried on set. Despite this, he admits that the set, because of its openess, was cathartic and “kind of like therapy.”

"Pa’lante" is a politically charged, yet candid representation of Puerto Ricans across a range of identities. The video and song both tell a story that advocates for the social, political and economic persistence of Puerto Ricans and Nuyoricans.  The music video captures the cry of the The Young Lords: “Palante Siempre Palante.” It is a strong declaration of national identity that embraces generations of struggle and endurance. “

It resonates with everything and everyone. Any type of situation you may be in, despite what happens in life, you can move forward. And you will,” Murder says.

Check out the music video for "Pa’lante" by Hurray for the Riff Raff.

Pa'lante by Hurray for the Riff Raff, the music video

Future Folk shares the stories of communities through the music that they make. It is a co-production of PRI’s The World and the Smithsonian Folkways.