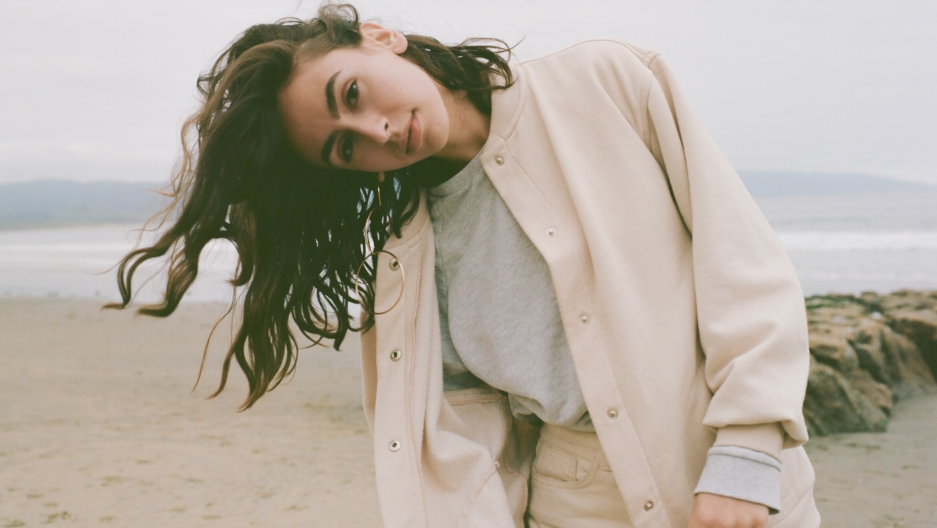 For years, Adeline Hocine used the month of Ramadan to mask her eating disorder. She has chosen to no longer fast during the holy month and to observe in other ways.

This month is the holy month of Ramadan and for many Muslims, that means fasting between sunrise and sunset. If you are a Muslim living with an eating disorder, however, Ramadan can pose a whole set of challenges. Adeline Hocine wrote about her experience with battling the illness during the holy month for Teen Vogue.

She told Marco Werman that she used to look forward to the time when everyone would abstain from food and water because she saw it as an opportunity to hide her illness.

Marco Werrman: Where did you grow up? Were you feeling any kind of cultural pressure around you to adhere to certain standards of beauty or size?

Adeline Hocine: Yes, I'm originally from Algeria and my family and I actually came here under asylum — so we were refugees when we moved. Once we got to the United States, we moved around frequently but it was always within small suburban towns so I felt very out of place. Plus, the way that I looked wasn't necessarily what people around me looked like. So, I think that initially caught my attention and started these insecurities and anxieties that ultimately developed into an eating disorder.

And when that time came — when you started suffering from this disorder — were you hiding it from your family and friends?

I definitely was trying to. I think I was probably 7 or 8 the first time I fainted. At that time I kind of tried to pass it off as I just forgot to eat. I was young. I wasn't paying attention. I was really ashamed of it. It's not something that we talk about as a Muslim community or within my household.

Is it something that you think a lot of Muslim women have struggled with?

I've talked to a lot of Muslim women — and specifically friends of mine about it. When I was thinking of writing the article for Teen Vogue, I spoke to a few friends and they said: "Yeah that's an issue." It's a topic that actually affects many of us, yet none of us were actually talking about it.

When did your family actually discover that you had this illness?

I was frequently fainting, frequently being taken out of school and going to the nurse's office. And my parents would ask, "Are you OK?" or they would make comments like, "Oh you're very thin," or that "You've lost a lot of weight." So I feel like they did see it happening, but I don't know that they even recognized that it could be an illness. I remember when the piece came out, I sent my mom the story. She read it and she said, "That was really great. It was terrifying because I also struggled with an eating disorder growing up. I didn't know that it had a name."

So I think that was definitely a huge factor. My parents may be acknowledging the signs that were there, but not really understanding what those signs meant or what steps they could take as parents to try to fix them.

That's kind of amazing. How surprised were you that your mom then opened up after you wrote your story?

It was incredible. If nothing else, I'm glad I wrote it for that reason. Because that was so important to me to realize — that not only would she not feel embarrassed, or ashamed, or disappointed in me for struggling with this issue and being so public about it, but she also had a very similar experience. And that that made me feel a lot closer to her.

So how did you recover?

I think it's an ongoing battle. It's gotten better throughout the years. ... And I think a lot of that has to do with focusing on the parts of me that are good and the parts of me that bring me peace. I think that there are going to be good days and bad days. And I kind of have to take every single day as it comes so that I don't completely overwhelm myself.

When you talk about the struggles, are you talking about the possibility of maybe sliding back into the illness?

Yes, definitely. I think for me that's a huge reason why I've chosen not to participate in Ramadan. I understand that it's possible to trigger myself and to put myself back into a relapse. So, when people would ask why I wasn't fasting, I kind of felt this guilt and the shame. But now I can practice and observe Ramadan by focusing on being more introspective, on being a better person and on working on myself internally rather than focusing on the fasting portion. So there are ways for me to continue to be a Muslim without necessarily putting myself in that specific type of a danger.