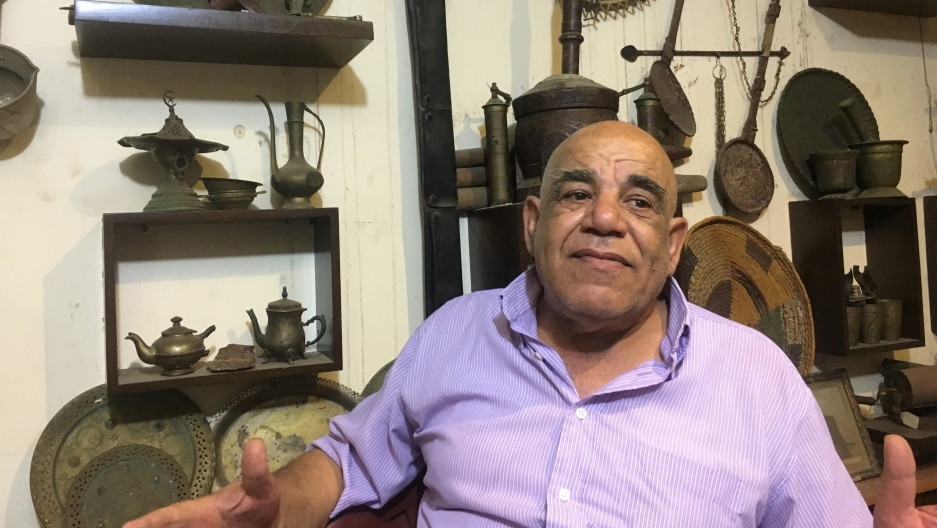 Dr. Mohammed al-Khatib, founder of the Museum of Memories in Beirut. He started the museum with a question for one of his patients: Do you have something from Palestine?

Mohammed al-Khatib was just was 6 months old when his parents carried him across the border to Lebanon. Hundreds of thousands of Palestinians like them were fleeing their homes and villages, taking only what they could carry.

On May 14, 1948, Israel declared its independence. The next day, Egypt, Jordan, Iraq and Syria declared war on Israel. Many Palestinians fled, believing they would return within days or week.

Khatib grew up in Lebanon, never visiting Khalisa, the village where he was born. Like most of the now five million Palestinian refugees around the world, Khatib has no memories of Palestine. Instead, he grew up on the fading memories of his parents.

But near his home in the Shatila camp in Beirut, Khatib is working to keep memories of Palestine alive, through the possessions that Palestinians brought with them.

In 2005, he opened the Museum of Memories — it’s a single room, down a narrow alley in the camp.

“I was asking myself, ‘what can I do for Palestine?’” Khatib says.

Until he retired, Khatib was a medical doctor serving other Palestinian refugees in a UN-sponsored hospital. But he says helping Palestinians preserve their health wasn’t enough. He wanted to help them preserve memories of their homeland.

“This woman came to the clinic,” Khatib says. “I asked her a question: 'Do you have something from Palestine?' She said, 'yes,'” he recalls, pointing to the two modest metal cups that she gave him.

Her family had brought the cups with them. They were the first items Khatib acquired in his growing collection of about 700 pieces.

The walls of the room are filled with farming equipment, household items like clay pots and glass lanterns, and a collection of canes and walking sticks. He’s also collected copies of documents, such as passports and deeds to land families left behind.

The only items from Khatib’s own family are a set of handmade wooden dolls in traditional Palestinian throbes — long embroidered gowns. 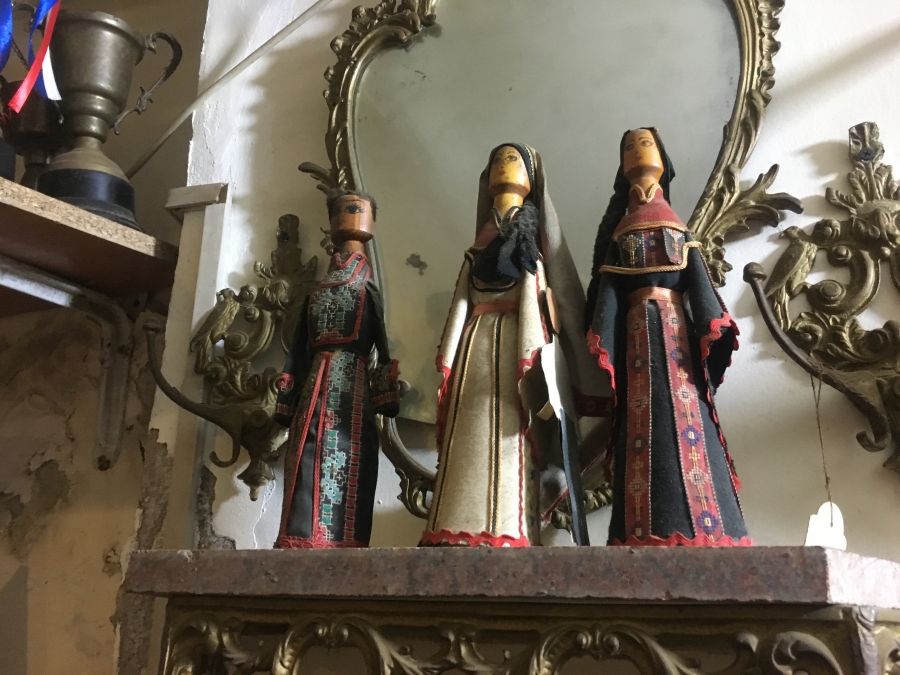 A set of handmade dolls are the only items from Khatib's family in the museum.

Khatib says much of what his family brought with them in 1948 has been lost or destroyed. In 1974, Israeli jets bombed the Nabatieh camp in southern Lebanon. He says their house was completely demolished.

An estimated 500,000 Palestinian refugees now live in Lebanon and the Shatila camp is home to nearly 10,000 of them — and now, thousands of Syrian refugees too.

Khatib says his museum is about more than just preserving memories of Palestinians; it also marks the decades of suffering since their displacement.

On the wall, sits a small hatchet. Above it, in red marker, it reads: “Used in the massacre of Sabra and Shatila, ‘82.”

Over three days in 1982, thousands of men, women and children in the Sabra and Shatila camps were killed by the Christian Lebanese Phalangists, while Israeli soldiers looked on from nearby.

Ahmed Hashem, 23, recalls the first time he visited the Museum of Memories.

“You are looking at things from Palestine and you cannot even go to Palestine,” Hashem says. “[The museum] makes you happy, but it’s also painful.”

Still, the museum doesn’t get a lot of young visitors, Khatib says. The conditions for Palestinians in Lebanon are difficult. They are barred from working in professions such as law and engineering and are restricted from owning property. Most continue to live in crowded camps with poor infrastructure. Khatib says many people struggle just to get by.

“So many people are thinking only about work and money,” he says.

Yet many Palestinians in Lebanon do mark the time when their families fled Palestine. Last week, while Gazans were protesting, thousands of Palestinians in Lebanon — including those from Shatila — joined what organizers called the Great March of Return. They headed toward their ancestral villages, stopping about six miles from the border with Israel. Khatib says keeping the memory alive is part of keeping alive the hope of return.