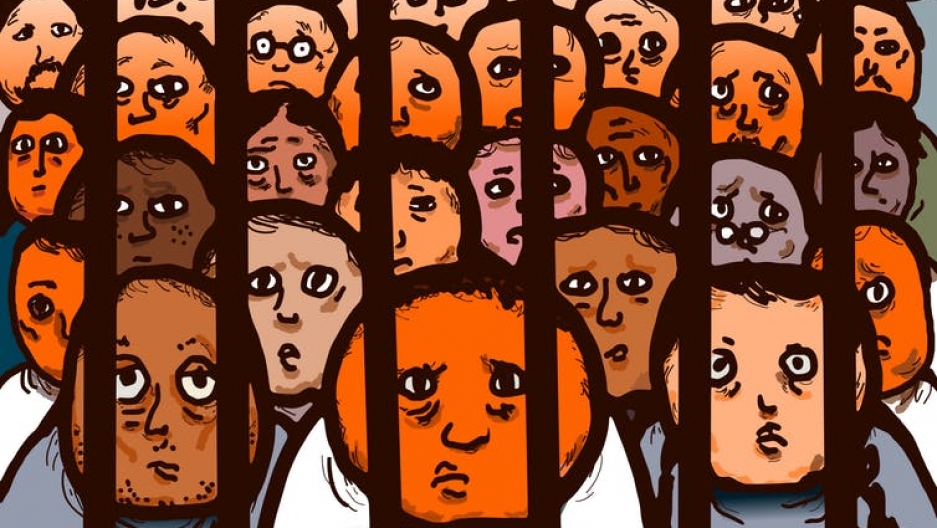 Can Mexico become a ‘loving republic’ built on forgiveness rather than punishment?

With over 29,000 murders, 2017 was the deadliest year in Mexico since modern record-keeping began. Nearly two-thirds of Mexicans say crime and violence are the biggest problems facing their country.

A main cause of the bloodshed, studies show, is the Mexican government’s violent crackdown on drug trafficking. Launched in 2006 under President Felipe Calderón, this military assault on cartels has left 234,966 people dead in 11 years.

While numerous drug kingpins have been jailed, cartels fractured under law enforcement pressure, competing for territory and diversifying their business. Kidnapping and extortion have surged. Mexico is now one of the world’s most violent places.

Now one presidential candidate in Mexico is hoping to win over voters with a novel response to the country’s security crisis: amnesty for criminals.

The idea, first floated by leftist front-runner Andrés Manuel López Obrador in August 2016, is undeveloped and quite likely quixotic. López Obrador has yet to even indicate precisely what benefit the Mexican government would get in exchange for pardoning felons.

Still, as a law professor who studies drug policy, I must give López Obrador some credit for originality. His three competitors have mostly frustrated voters this campaign season by suggesting the same tried-and-failed law enforcement-based strategies.

López Obrador, founder and leader of Mexico’s MORENA Party, is a rabble-rousing politician who delights in challenging the status quo. In this, his third presidential bid, he has on several occasions suggested that both members of organized crime groups and corrupt politicians could be pardoned for their crimes.

When pressed for details on the amnesty plan, López Obrador has simply responded that “amnesty is not impunity” or that Mexico needs “justice,” not “revenge.”

Former Supreme Court Justice Olga Sánchez Cordero, López Obrador’s pick for secretary of the interior, has offered a few additional hints about the plan. She says that voters should think of amnesty not as a security policy but as a kind of transitional justice. It would be an instrument used to pacify Mexico.

The opportunity would be time-limited. Criminals would lose their immunity after a specific date if they have not met certain conditions — though these conditions remain undefined. It would also exclude serious crimes such as torture, rape or homicide.

All presidential pardons would need to be approved by Congress, in accordance with the Mexican Constitution.

Sound vague? That’s because it is.

López Obrador says that his amnesty idea is still in development, and that his team will work with religious organizations, Pope Francis, United Nations General Secretary António Guterres, Mexican civil society groups and human rights experts to develop “a plan to achieve peace for the country, with justice and dignity.”

Colombia offers one example of how amnesty can be used as an instrument for peace.

In 2016 the Colombian government signed an accord with the Revolutionary Armed Forces of Colombia, or FARC, ending the Marxist group’s violent 52-year rebellion. In exchange for laying down their weapons, FARC fighters were offered protection from prosecution for political crimes committed during the conflict.

The amnesty law is extremely controversial. Colombian conservatives and the United Nations alike have criticized it for prioritizing the rights of guerrillas over those of their victims. Colombia’s peace process has also been fraught by delays, flare-ups of violence and political opposition.

Still, according to the Conflict Analysis Resource Center, a think tank, conflict-related deaths among both civilians and combatants dropped over 90 percent in 2016.

Would amnesty work in Mexico?

Mexico is not Colombia.

López Obrador is proposing amnesty in a different conflict carried out by radically different actors — drug kingpins, corrupt politicians and security forces who for 11 years have waged war with virtual impunity.

It’s unclear, for example, why drug traffickers would abandon their US$40 billion illicit industry — which supports around 500,000 jobs in Mexico — in exchange for a preemptive pardon from authorities.

It is also difficult to reconcile López Obrador’s vows for honest government with his proposal to pardon corruption, though he has committed to finishing all ongoing investigations into public officials accused of corruption. 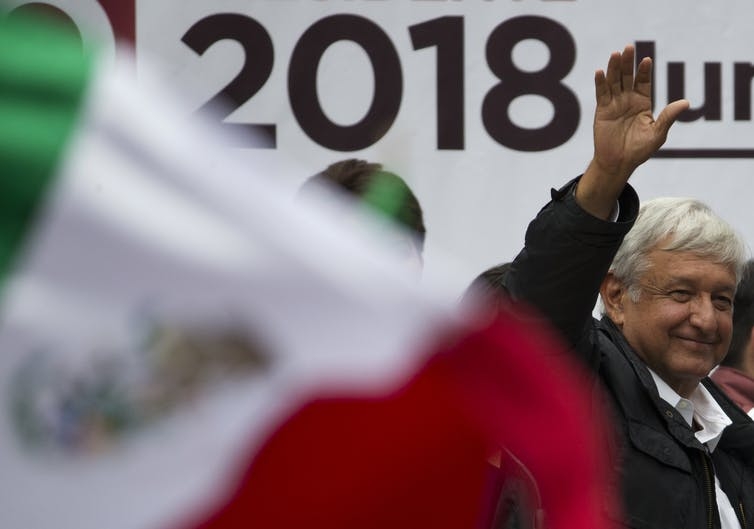 Andrés Manuel López Obrador, who goes by his initials, AMLO, has not elaborated on his amnesty idea.

López Obrador claims to seek a new “moral constitution” for Mexico. He maintains that forgiveness is necessary to construct a “república amorosa” — “loving republic” — in which Mexicans “live under the principle that being good is the only way to be joyful.”

According to a recent IPSOS poll, 89 percent of Mexicans believe the country is on the wrong track. Almost 70 percent disapprove of President Enrique Peña Nieto’s performance.

Journalist and historian Héctor Aguilar Camín has described voters’ current mood as “melancholic.” Rampant corruption, government repression and bloody violence have made them skeptical of politics. But, as Aguilar Camín says, people also need desperately to believe that change is possible.

This discontent has given López Obrador a virtually unbeatable lead in the lead-up to the July election.

To paraphrase the prominent Mexican-American Univision reporter Jorge Ramos, all Mexicans want from their next president is to keep them from being killed. So they’re open to unusual ideas.

During two presidential debates, the only candidate other than López Obrador to propose a radical new crime-fighting tactic is Governor Jaime “El Bronco” Rodríguez, an independent from Nuevo Leon state. He promised “to cut off the hands” of corrupt politicians and criminals, a suggestion that left moderator Azucena Uresti — and most of the country — aghast.

The Mexican Constitution prohibits punishment with mutilation and torture.

Mexico held its first presidential debate on April 23, 2018. Independent Margarita Zavala, far left, dropped out of the race in mid-May.

Only López Obrador, with his amnesty suggestion, has questioned whether aggressive law enforcement should even be the core tenet of Mexican security policy.

His competitors have attacked the idea, calling it “madness” and “nonsense.” Some accused López Obrador of being “a puppet of criminals.”

Alfonso Durazo, whom López Obrador’s would nominate to be Mexico’s secretary of security, believes that an amnesty law could end the “cycle of war” in Mexico by setting in motion a process of national reconciliation.

Meanwhile, to actively combat crime, López Obrador says he would merge the police and the military into one unified national guard under direct presidential command.

Maybe forgiveness and justice is what Mexico needs. But, for now, presidential pardons seem like little more than a hollow campaign promise. As Mexican pundit Denise Dresser has put it, López Obrador’s amnesty plan is merely “a blank page on the table, with multiple scriveners working on it.”