MacGregor “Mac” Hay speaks with some customers at Mac’s Shack in Wellfleet. Hay is entering his 23rd summer on the Cape running his popular Mac’s restaurants and markets.

Most businesses there rely on foreign workers who come to the US on H-2B visas — those are temporary, non-immigrant visas given to seasonal employees. The US government issues 33,000 such visas each year for summertime workers and 33,000 for the winter months. With record demand, it’s proving to be not nearly enough.

For 16 years, the Hot Chocolate Sparrow has been a popular spot in the beach town of Orleans on the Cape. “We do coffee, espresso, sandwiches, breakfasts, chocolate candy, ice cream, frappes,” says owner Perry Sparrow. (Frappes is New England-speak for milkshakes.)

Sparrow has 80 employees in summer, a mix of locals, college students and eight folks on H-2B visas. Sparrow is required to post his jobs locally first to try and hire Americans. If he can’t find enough, which he says he never can, he calls upon workers, the same ones each year, from Jamaica and the Philippines.

Last year, employers on the Cape requested more than 3,000 seasonal visas. At the Hot Chocolate Sparrow, they didn’t arrive until after Labor Day. By then, it was basically too late.

“It causes longer lines, definitely slower service, all the things you might expect,” says Sparrow. 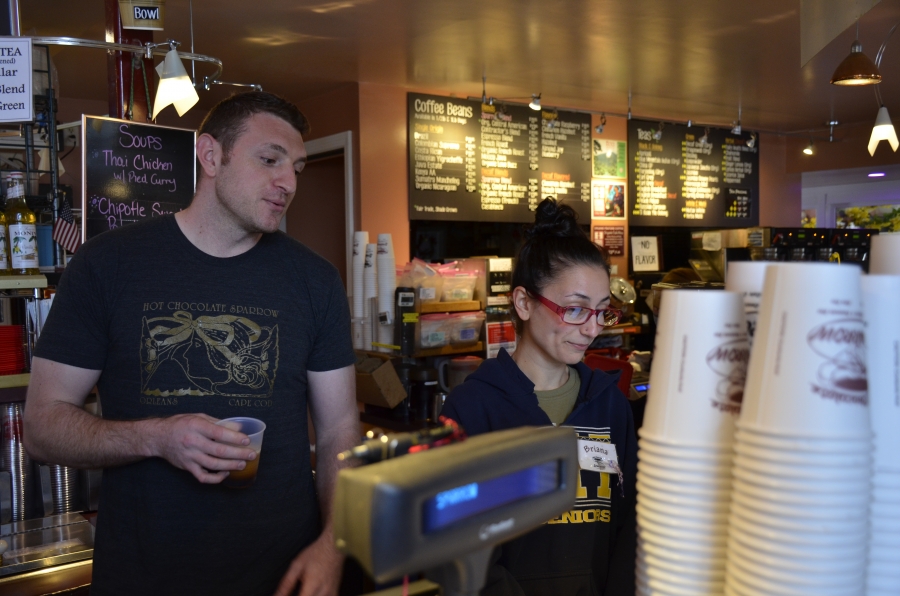 Perry Sparrow (left) and his employee Briana Trafuoci behind the counter at the Hot Chocolate Sparrow. In part due to the high cost of housing on the Cape, Sparrow says there’s not enough local seasonal workers to hire.

This year, Sparrow has no idea when any foreign workers for his business might get here. Federal labor officials received 81,000 seasonal visa applications in January from across the country, but, again, immigration officials are only distributing 33,000. The Trump administration set up a lottery system to hand those out.

“We didn't win the lottery, so we're still waiting on the visa cap to be lifted,” says Sparrow.

Congress did lift the cap for this year in March as part of an omnibus spending bill, roughly doubling the number of H-2B visas available. But the Department of Homeland Security hasn’t yet released those extra visas.

Sparrow says even when the cap is lifted, it could still take him 45 days to get workers to the Cape.

Democratic Congressman Bill Keating, who represents the Cape, says during times of high demand in the Bush and Obama administrations, the solutions were “straightforward.”

“What's happened with the Trump administration is a change in this policy, a change that empowered the secretary of homeland security to have final authority,” says Keating.

US Citizenship and Immigration Services, the part of DHS that oversees the visas, declined an interview request for this story.

Keating, and others, are waiting to find out when the extra visas might be released. He says this delay could hurt Trump resorts as well.

“And there’s an irony there. His facilities liberally use the H-2B visas,” says Keating.

Keating is part of a coalition of 89 members of Congress fighting the White House over the visa delay.

“Why are they making it so difficult? Why are they resting all this with the Department of Homeland Security — really making it an immigration issue when it's truly a small-business issue?” asks Keating.

MacGregor Hay who owns Mac’s Seafood — a business with several popular restaurants and markets on the Cape — is fed up with people who say using H-2B visas doesn’t put Americans first; he says he can’t find enough Americans. 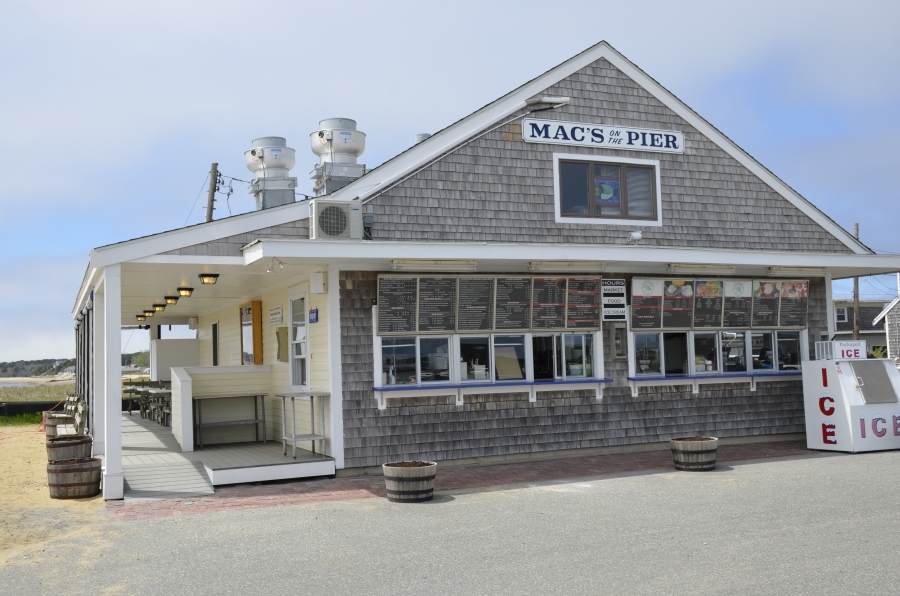 Mac’s on the Pier closes for the offseason. The lines at the popular spot can be long during summertime, but could be even longer this year if the company can’t bring in enough seasonal foreign workers.

Hay puts things bluntly. “At its core, this is what people are afraid of: the browning of America.”

Hay hires about 300 people to work at his establishments each year, perhaps 70 on H-2B visas. He's gotten about 25 H-2B visas approved this year. If he can’t get more soon, he says he might simplify his menus or shorten hours. Bringing in more Americans isn't really an option.

“We have to advertise extensively. I've had maybe five or six people apply in 17 years,” says Hay.

Hay is required to pay foreign workers at least the prevailing wage set by the Department of Labor, $14.45 an hour for a cook. He says he gives raises to foreign workers, just as he does for American employees.

Hay says he recruited in Puerto Rico this year as well — he only got two workers. It would’ve been easier for him to hire Puerto Ricans, who are Americans. Hiring foreign workers costs more money. Each year, when Hay fills out the paperwork and pays for flights to bring in workers from across the globe, he says it costs him at least an extra $100,000.

“And everyone says, well, just raise the wages that you pay your employees. That is not a solution because our wages are already high,” says Hay.

“Put it this way — if I can find someone that wants to relocate to this community into our restaurants, into our business, for anywhere from the $16 to $20 range, then hit me up. Send me an email. We've got a spot for you.”

If Hay doesn’t get those emails, he’s in trouble. The H-2B visa crunch this year is even tighter because of a rule change two years ago. Returning workers used to be exempt from the visa cap — that way businesses could be guaranteed to bring back the same workers years after year, and it also freed up more visas. Congress let that exemption expire back in 2016.

Hay is fed up with the way the policies are stigmatizing foreign workers.

“These are human beings. These are people with feelings, emotions, families, goals, aspirations,” says Hay.

His kitchen is filled with workers on H-2B visas, people like Ansel Matthewson from Jamaica who has been coming to Mac’s for five years. 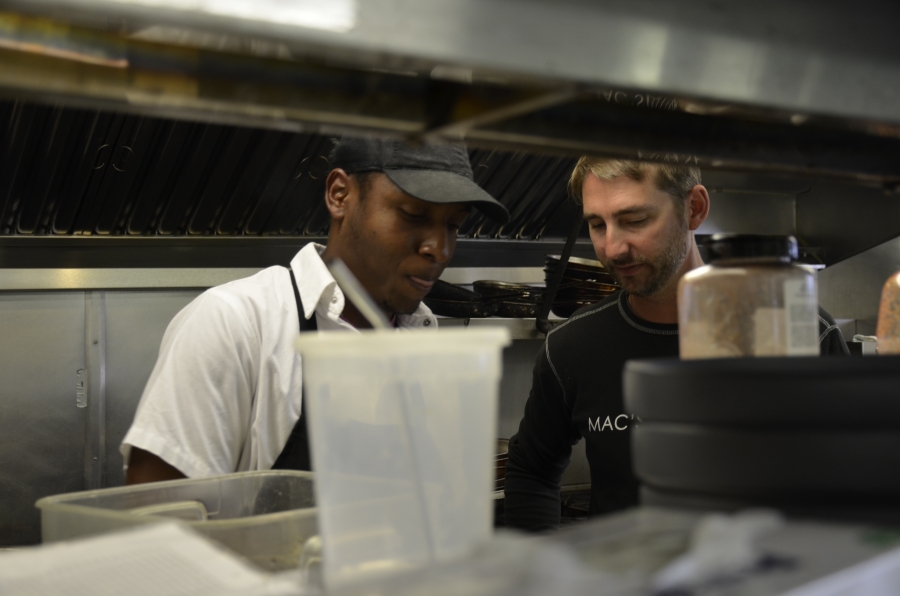 MacGregor “Mac” Hay (right) and Ansel Matthewson in the kitchen at Mac’s Shack. In additional to owning restaurants, Hay owns a local motel and other properties to provide affordable housing for his seasonal workers.

Matthewson wants to go to culinary school and eventually open his own place in Jamaica. He says working on the Cape is good experience and good money, and he feels lucky to have gotten a visa this year.

“I have a lot of friends back in Jamaica [who] didn't get the opportunity to come here,” says Matthewson. “It’s kind of sad, but it is what it is.”