Alina Simone was born in what is now Ukraine and raised in Massachusetts.

She spoke English at school and Russian at home: Russian all the time, whether she liked it or not. After many years of not liking it, Simone eventually embraced the language and culture of her parents.

After college, she lived and worked in Russia, not to maintain her language skills or monetize them but, as she puts it in this World in Words podcast, "for all the cliched, self-helpy, MyHeritage.com reasons." 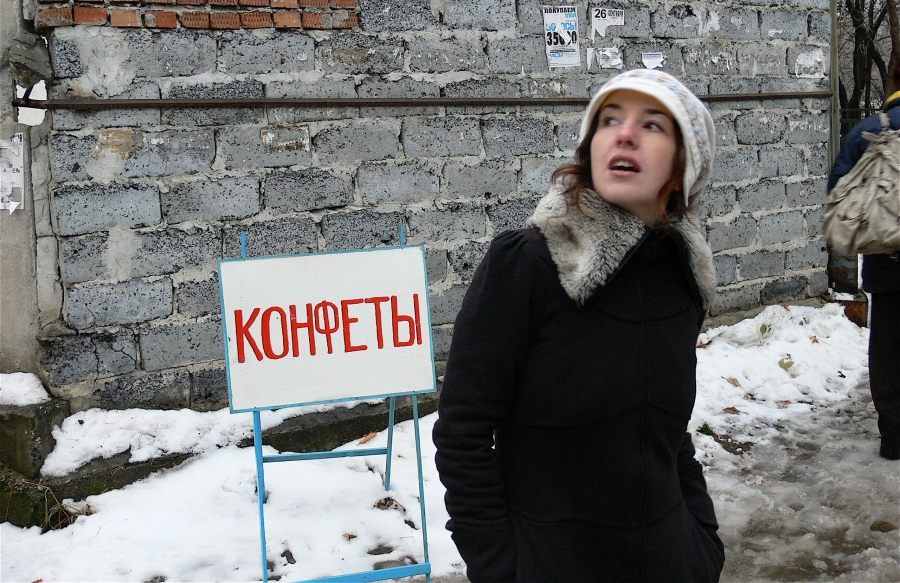 Alina Simone in the Siberian city of Novosibirsk, Russia, in about 2008.

So what happened when she had her own family?

She was back in the US by then, married to a non-Russian-speaking man, and raising a daughter, Zoe.

For years, she spoke Russian with Zoe. The lingua franca at get-togethers with Zoe's grandparents was Russian.

But at some point, Simone made a linguistic decision. Chinese, not Russian, would be Zoe's second language.

She tells us why in the podcast.

This epsiode of The World in Words was recorded in front of an audience at the Andrew Heiskell Braille and Talking Book Library, a branch of the New York Public Library.