Alabama employs roughly 3,000 people working with farmed catfish. The domestic industry has been cut in about half over the past 15 years, primarily due to competition from Vietnam.

Townsend Kyser is a third-generation catfish farmer in the city of Greensboro — population 2,365 — the catfish capital of Alabama.

“I don’t know how it got the designation, but we’re proud to have a catfish industry in Greensboro, as well as in this area of Alabama,” says Kyser. “It’s one of the biggest economic drivers in our area and it creates a lot of jobs in what would be considered a pretty poor area in the state.”

Alabama’s catfish industry employs roughly 3,000 people and captured $115 million in sales last year. The part of the state around Greensboro has the right soils and climate to build catfish ponds. Kyser has about 50 stocked with some 6 million catfish.

Since the US and Vietnam signed a bilateral trade agreement in 2001, it’s been a struggle for Southern catfish farmers, most of whom are concentrated in Alabama and Mississippi. Kyser, who is also president of the Catfish Farmers of America, says the domestic catfish industry has been cut in half over the past 15 years.

“It was a perfect storm,” says Kyser. “Our feed costs doubled, price of grain doubled, electricity and fuel doubled, and at the exact same time imports started to ramp up, and they were a cheaper alternative.” 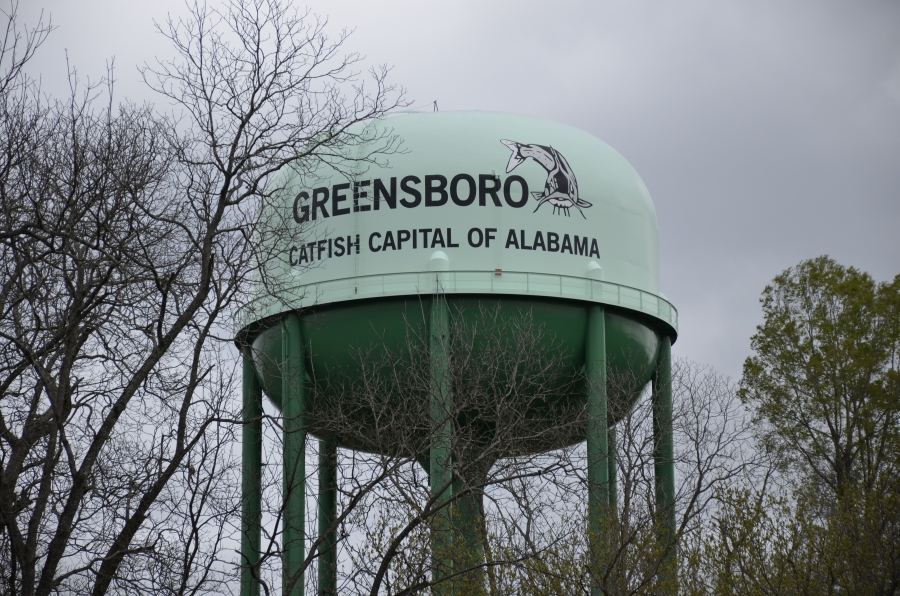 Southern catfish farmers have tried several tactics to slow imports from Vietnam. First, they said, "this catfish from Vietnam, it’s not even catfish."

“People were calling it catfish, a lot of people were confused by that,” says Kyser.

Vietnamese farmers weren’t confused — they said they were raising catfish, just an Asian species. Still, US federal law was changed so Asian imports could not be labeled as catfish. And yet, frozen Vietnamese don’t-call-them-catfish fish kept coming into the US.

“I’m not opposed to fair competition. Good competition makes everybody stronger,” says Kyser. “But they were dumping them into our markets and stealing the markets that we had spent 40 years building.”

“Dumping” means selling a product for less than fair market value — a tactic used to gain market share to wipe out competitors. The US government again agreed with the American catfish farmers and, 15 years ago, put hefty duties — up to 63 percent — on Vietnamese imports. But Vietnamese fish was still cheaper and kept coming into the US. 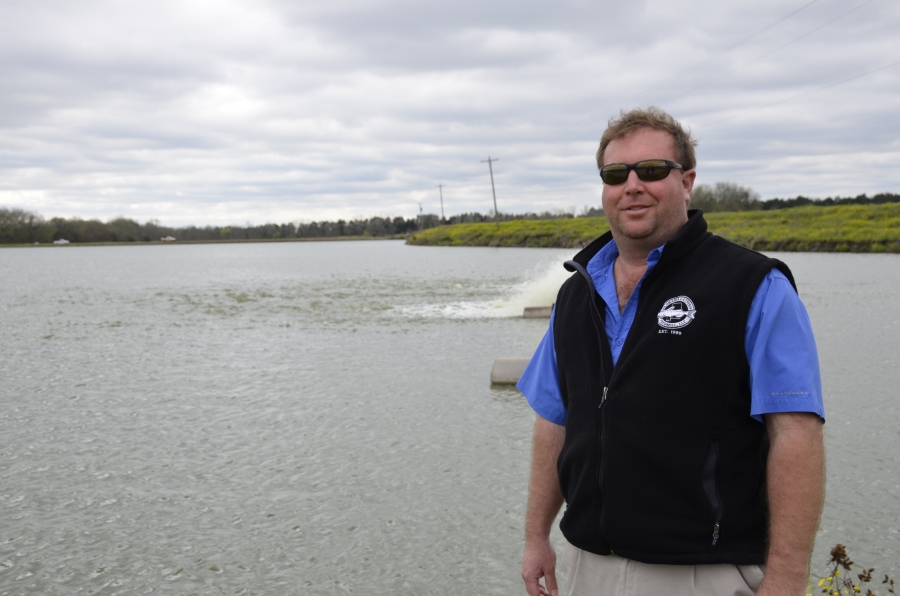 Townsend Kyser is a third-generation catfish farmer in Greensboro, Alabama.

So, the Catfish Farmers of America adopted another strategy: tout the health of domestically raised product, especially compared with Asian imports.

“I would not eat it. It’s grown in the Mekong River Delta, which is one of the most polluted water systems in the world,” says Kyser. “No, you’re not going to drop dead, but there could be some concerns about long-term exposure to some of the things that they are using.”

The organization International Rivers ranks the Mekong Delta as having the worst water quality of any major river basin on Earth. So, the American catfish farmers lobbied to change the inspection process.

Most seafood imports into the US are regulated by the US Food and Drug Administration. Catfish, however, no longer are. That responsibility recently shifted to the US Department of Agriculture, which has a stricter inspection process.

The new inspection process has been controversial. A US Government Accountability Office report called imported catfish a low-risk food and said new inspections would “likely not enhance the safety of catfish."

Critics say new inspections amount to a backdoor tariff. Arizona Senator John McCain has called them a brazen waste of taxpayer dollars and has urged for its repeal.

McCain has been a leading proponent of more normalized trade relations between the US and Vietnam and has warned that Vietnam could retaliate and erect trade barriers against US cotton, wheat, pork, soybeans, eggs and fruit, along with other products.

In recent weeks, the catfish wars have gotten even more intense with the US Department of Commerce applying new tariffs — the highest taxes ever applied on Vietnamese catfish.

Multiple Vietnamese government agencies were contacted for this story, but didn’t respond to interview requests. In the past, the Vietnamese government has called American tactics a smear campaign to benefit the interests of “affluent” Southern farmers. Vietnam is now appealing the latest tariffs at the World Trade Organization.

“It’s unfair and the Vietnamese have a right to complain,” says Adam Sitkoff, executive director of the American Chamber of Commerce in Hanoi, an organization that promotes increased trade and investment between the US and Vietnam.

“This stuff that the US is doing to try to hold back the Vietnamese fish, it’s just pretty silly if you’re looking at this from any sort of point of logic,” says Sitkoff, who himself eats Vietnamese white fish, says it’s safe, and by the way, calls it catfish. “I think anyone who eats it calls it catfish.”

“They’re just paying more money for the same fish that they would’ve gotten for a less-expensive price,” says Sitkoff. “So, we see this as just a form of protectionism. And it’s not something that’s going to bring back a lot of jobs or really help a lot of people.”

In Greensboro, Townsend Kyser says tariffs aren’t just about protecting a few catfish farmers. He says when they go out of business, everybody around here suffers.

“Even as much as the dentist’s office,” says Kyser. “We had a new dentist move to town, [and] when the worst happened about 10 years ago, he actually called me, because he’s about my age and wanted to know if he had offended anyone because his business had gone down so much. It just trickles down into everything.”

And Kyser makes one final appeal to buy American-raised catfish: “I think it tastes better, but that may be a personal opinion.” 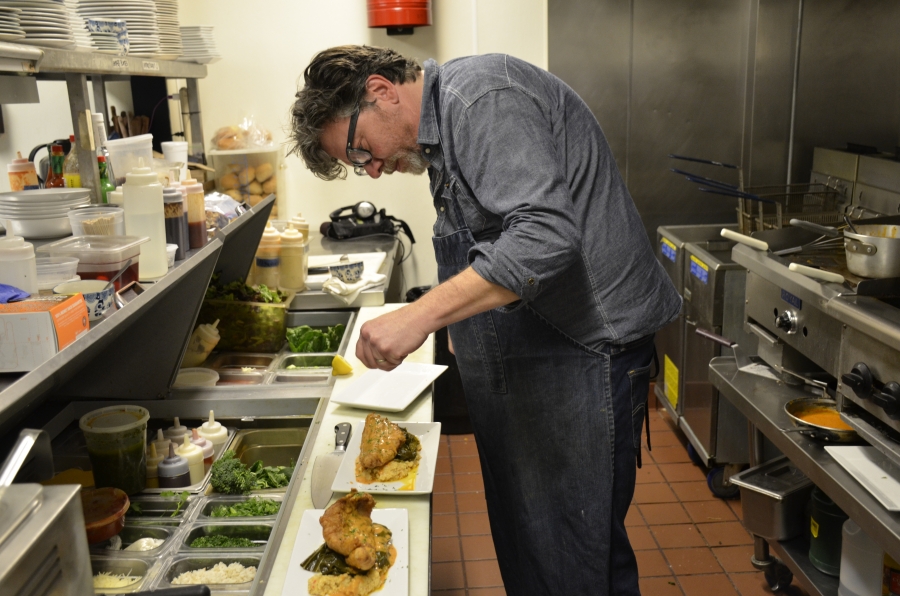