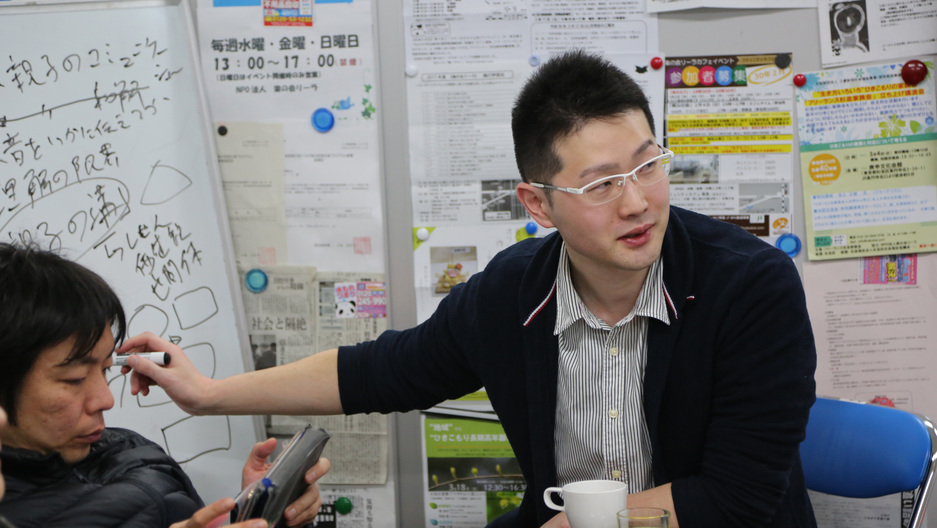 Naohiro Kimura is founding editor of the "Hikikomori News," for people like him who are shut-ins and have trouble leaving their homes. Japan estimates there are about a half million "hikikomori" (shut-ins) but Kimura thinks the number is much higher.

Up a narrow flight of stairs in northwest Tokyo is a cafe where 10 people sit around a table. For some of them, it's the first time they've been out of the house in weeks.

They’re here for an editorial meeting of the “Hikikomori Shimbun,” a newspaper written by “shut-ins” about their experience. Hikikomori are defined as reclusive people who haven’t left their homes or interacted with anyone for at least six months. Naohiro Kimura, the editor of the paper, is a tall, soft-spoken 33 year old who hardly left his house for 10 years.

“It was a very painful period. It wasn’t just that I was sad," he says. "There was this deep loneliness that made me feel I was getting sicker and sicker.”

It began as Kimura prepared for the law school entrance exam. Months, then years, went by. Even as his peers got jobs and moved on, he couldn't bring himself to take the test. Embarrassed, he stayed inside, leaving only to buy food, and unwilling to concede he needed help.

“It's a society that's not very accepting of mistakes, so if people do make a mistake, they become ashamed and basically retreat to their home,” Kimura says.

Only when his mother sought counseling for her own stress over his condition did Kimura grudgingly agree to see Tamaki Saito, the psychologist who coined the term hikikomori in the 1980s. Kimura says he was infuriated when Saito said he fit the criteria.

The diagnosis carries a stigma, even though it’s so widespread that the Crown Princess of Japan was considered a shut-in for a time. There are now an estimated half a million hikikomori, according to government estimates, and that doesn't include people over 40 years old. Kimura thinks the real number is closer to 1 million, and in the newspaper’s inaugural issue his editorial team accused the government of understating the problem. Since then, they’ve covered everything from housewife shut-ins to cherry blossom parties for people who rarely leave home.

Kikuyo Aoki, an associate professor at Ochanomizu University who runs a clinic for shut-ins funded by the Tokyo government, says that while some hikikomori do have underlying mental health issues, it can be better understood as a social condition. She thinks it is best addressed through counseling and job placement services that help people reintegrate into society.

Still, some families of hikikomori get so desperate, they call in high-priced, so-called support organizations to force people out of the house. Scenes from these violent interventions — showing men pounding on shut-ins’ doors and dragging them out — have been broadcast on national television. 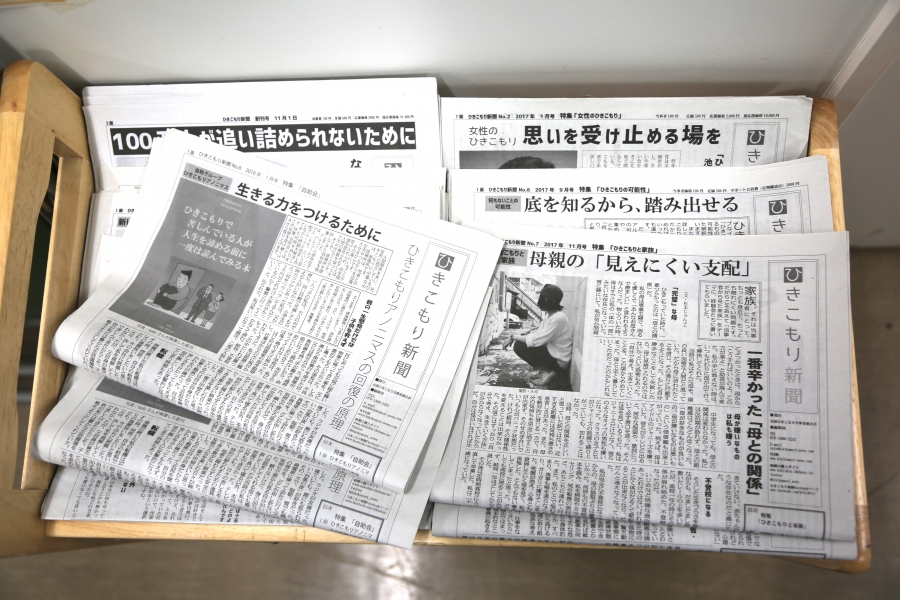 Hikikomori News now has a readership of between 5,000 and 7,000, mostly family members of hikikomori.

Kimura says seeing one of these shows inspired him to start the newspaper so shut-ins would have a way to explain themselves, especially to their families. And it seems to be working: Many parents of the writers say the paper has helped them understand their children’s experiences. The editorial meeting itself has become a kind of group therapy session where people can freely discuss the anxieties keeping them indoors.

“Many of the writers got used to working, and more and more are going back to work, so that’s good,” Kimura says. “But now I have fewer people to do the paper.”

As for him, counseling helped mend his relationship with his mother, and he says working on the paper developed his interpersonal communication skills and helped him overcome his depression.

“You know, hikikomori are not unique to Japan. There are people all over the world who feel this kind of pain,” he says. “If people are lonely, if they’re suffering, it's really important to reach out and communicate with other people; that’s how you start to heal.”