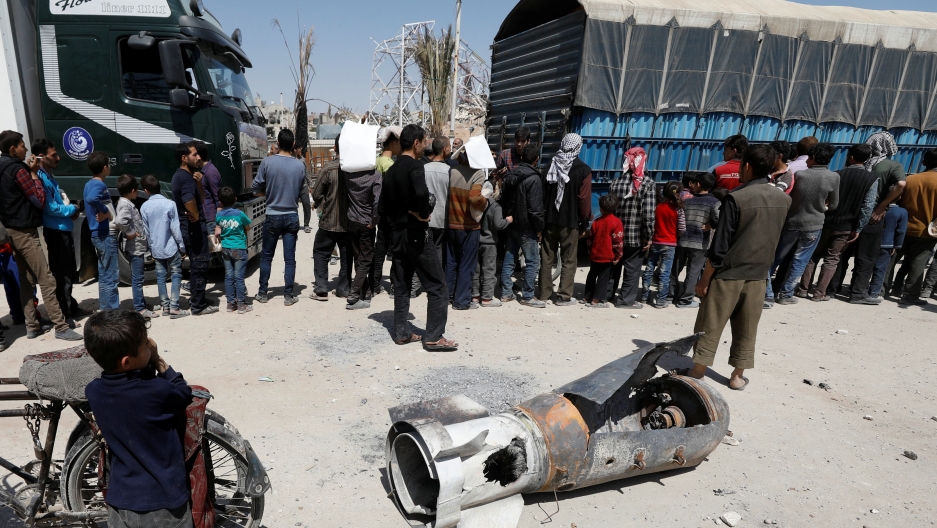 A boy stands next to the remains of a missile at the city of Douma in Damascus, Syria on April 16, 2018.

Consider this shocking fact: Despite horrific images of yet another reported chemical weapons attack in Syria, the US-led humanitarian intervention to protect civilians on April 13 was fundamentally illegal. Under current international law, President Trump lacks the authorization to launch a single missile to stop future attacks, even for the clear and just purpose of saving civilian lives.

No matter how wise you consider this intervention, legal scholars generally agree that the United Nations Charter doesn’t allow the use of military force to prevent chemical weapons attacks — no matter how evil — without UN Security Council approval. This fact seems both morally wrong and harmful to the goals of opposing “rogue” regimes and protecting human rights.

My research into the Syrian crisis highlights the fact that when it comes to protecting the innocent from atrocities, international law is fundamentally broken.

Rules from the past

Let’s start by considering the process that’s in place today.

Under the UN Charter, states can use force against other states only for self-defense or when authorized by the UN Security Council. The council includes five permanent members with veto powers: the United States, the United Kingdom, France, China and Russia.

These rules were created following World War II and were designed to enhance global stability. By giving a veto to the five major powers, the Charter ensured that no Security Council decision would lead to conflict between these major powers. 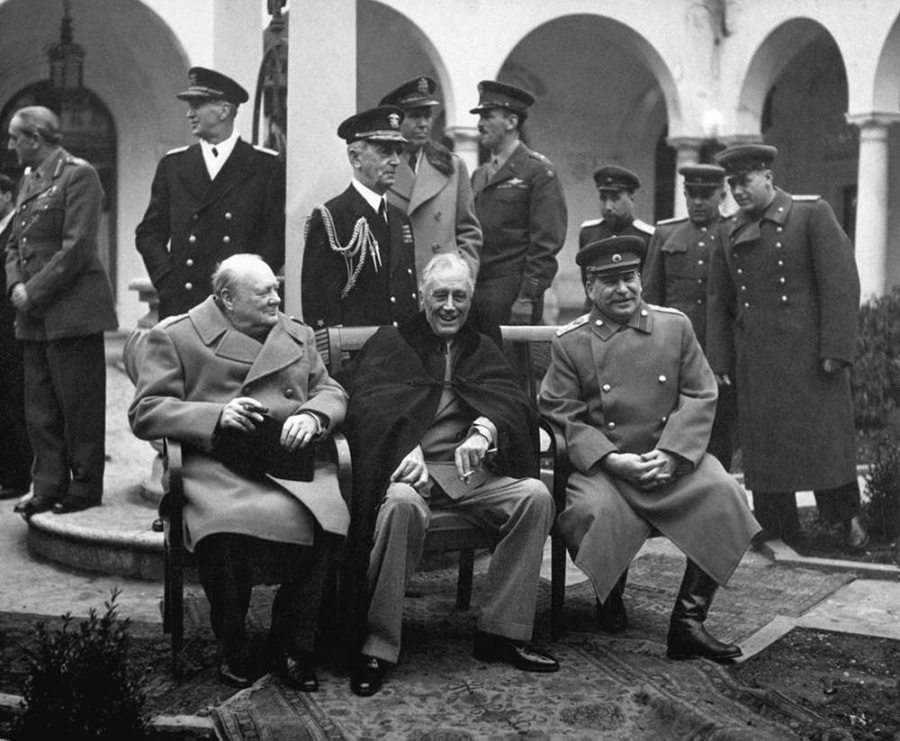 In our era, however, they allow a single state to paralyze any Security Council decision, including action to prevent mass atrocities against civilians.

Russia, in support of the Bashar al-Assad regime, has repeatedly vetoed any proposal to act forcefully against Syria. This leaves the US few options to legally use force against the regime, even to prevent further chemical attacks.

Such prohibitions haven’t prevented the US, the UK, France and other countries from acting to save civilians. In cases such as NATO’s 1999 humanitarian intervention in Kosovo and Trump’s April 2017 missile strikes in Syria, military force has been used in violation of international law to protect civilians.

Tellingly, global public opinion has tacitly accepted or even cheered such “illegal” strikes. Indeed, a day after the bombing, 12 of 15 members of the UN Security Council voted against or abstained from voting on a Russian proposal to condemn the strikes on Syria. Such a vote indicates widespread support or acceptance for the intervention.

Despite this confusion, the current crisis shows that there are decisive ways the US can act to improve international law and limit such violence against civilians in the future.

First, the US should formally seek approval from the UN Security Council for the intervention in Syria. By presenting a clearly humanitarian purpose and incurring a likely Russian veto, the US will starkly highlight, once again, the disjuncture between justice and legality in the current framework. Such votes further show the world how broken international law currently is.

Second, the US should work to stop future chemical weapon attacks against civilians by sponsoring an international initiative to update the UN Charter framework. Such an initiative, similar to one Canada sponsored in 2001, can develop proposals to authorize legitimate humanitarian interventions even in cases of Security Council deadlock. As I have argued elsewhere, intervention against chemical weapons use offers a limited, qualitative threshold that would gain greater support than current proposals for humanitarian intervention.

Third, the US should use diplomacy to mobilize a global coalition supporting the adoption of such proposals in the UN. That won’t be easy. The UN has adopted few changes to its governing principles in its 72-year history, and current Security Council members have little incentive to reduce their influence.

Despite this fact, the ultimate goals of these initiatives — the promotion of the principles of humanity, legitimacy and coherence in international law — make such efforts worth the effort. While the successful adoption of such changes may be distant, the conversation associated with this debate could have lasting effects in shaping a currently broken system. Such developments would, in the long run, help to promote human rights, deter future chemical attacks on civilians, and ultimately strengthen the law’s ability to promote humanity and justice in the international system.

Andrew Bell is an assistant professor of international relations at Indiana University.