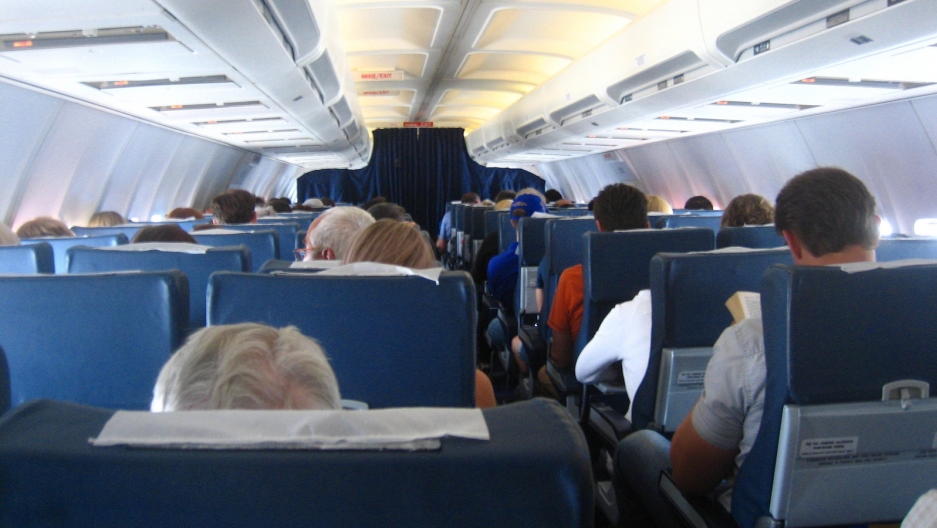 Since the inception of commercial air travel, the insides of airplane cabins have been associated with a higher likelihood of catching a cold or other spreadable disease. New research has sought out to see if scientific facts back up those sentiments.

We’ve all heard it before: With tight quarters and recirculated air, commercial airplane passengers are just asking to catch a cold or some other spreadable disease — especially if another passenger is coughing in close proximity.

“That's certainly something that you hear a lot. And the question is, is that true or is that recall bias? And the answer is, ‘Well, we don't know,’ because we really don't,” says Vicki Stover Hertzberg, a professor of biostatistics and bioinformatics at the Rollins School of Public Health at Emory University in Atlanta. “There's no organization that's keeping statistics on who's getting sick on airplanes outside of a few reported events.”

To delve into this issue, Hertzberg and a team of fellow researchers attempted to map out how respiratory viruses such as the flu could possibly spread on a plane. To do so, the team took 10 flights across the US. During those flights, the team recorded passengers’ behavior as they got up and moved around the cabin. They also monitored how long passengers stood outside the restroom and their interactions with fellow passengers and flight attendants. Their research was recently published in the Proceedings of the National Academy of Sciences.

Hertzberg says her team found that people who were seated one row in front, one row behind or two seats of either side of someone who was infectious had a higher likelihood of becoming infected — what she calls the “perimeter of risk.” Those outside of the perimeter, though, were less likely to become sick.

For the study, Hertzberg and her team took air samples inside the cabins. They also collected samples by taking cultures from swabbing tray tables, seat belt buckles and the areas around lavatory door handles. They then tested those swabs against a panel of 18 common respiratory infections. All of the samples — 229, by Hertzberg’s recollection — were negative for those 18 infections.

“We did not specifically look at how people were touching things, so we still got a ways to go to get a better understanding of how the touch might play a role in disease transmission,” she says.

They also found nothing when comparing the cabins’ recirculated air to the panel of 18 common respiratory infections.

“Modern aircraft are becoming increasingly better about their air circulation, and it's changed actually much more frequently now than your average office building,” Hertzberg says.

The most recent findings, Hertzberg hopes, are just the beginning of a series of studies that will help provide results to the health questions and concerns around commercial air travel.

Provided her team has the necessary funding, Hertzberg says they would look further into how passengers are touching surfaces and how double-aisle aircraft compare to the single-aisle aircraft used in this study. The researchers are also interested in researching aerosol exposure on planes.

At the moment, all the threats Hertzberg’s team has studied have dispelled commonly held beliefs about air travel. They've found getting sick from planes is mostly about proximity to other infected persons.

"That's why being within a meter is so important in risk,” she says. “But we don't know about the finer particles that stay suspended in the air and move about the cabin.”

This article is based off an interview that aired on PRI’s “Science Friday” with Ira Flatow.