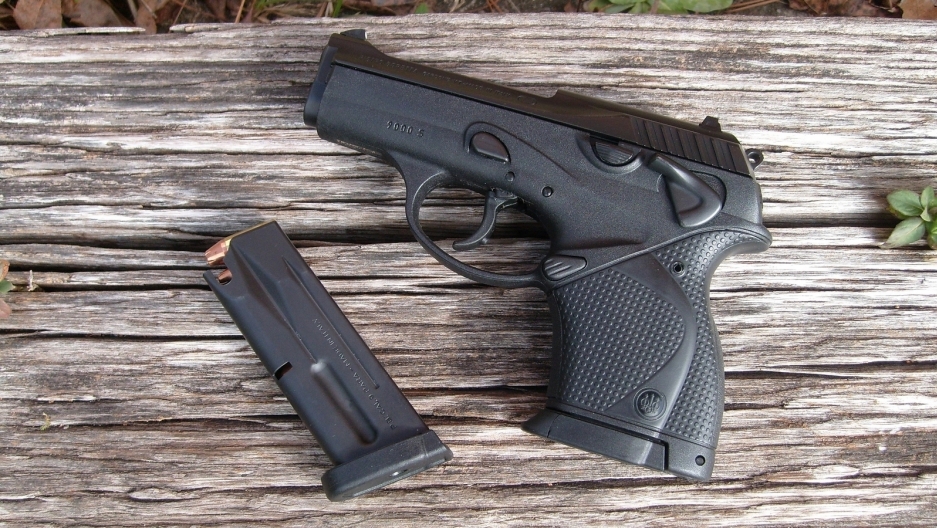 The debate on gun control has been going for years, but those who support tougher restrictions seem to have never been so organized as they have been after 17 students from Marjory Stoneman Douglas High School in Parkland, Florida, were gunned down Feb. 14 by a former classmate.

The most obvious signs of this, of course, were the March for Our Lives rallies that took place in Washington, DC and other cities around the country March 24. Participants demanded that elected officials take steps such as banning assault weapons, eliminating background check loopholes and other actions.

But one group is still struggling to get attention. For two decades, researchers have struggled to get funding to study gun violence. Any potential money is barred by a congressional act known as the Dickey Amendment, which mandates that none of the funds available for injury prevention and control at the Centers for Disease Control and Prevention (CDC) would be “used to advocate or promote gun control."

Recently, Republicans in Congress moved to add a clarification to the amendment saying that it does not actually prevent research. But researchers are still cut off from critical information: That same document says that a separate amendment restricts access to the FBI’s database of firearm purchases.

Nevertheless, academics are still conducting research and publishing papers on the issue with the help of funding from their own universities, private sources and even the US Department of Justice — as they wait for the next step for firearms research in the US.

Garen Wintemute serves as the director of the University of California Firearm Violence Research Center at UC Davis’ Sacramento campus, a newly created entity that has prompted other states’ public universities to look into establishing one of their own.

“Fundamentally, firearm violence is a health problem,” Wintemute says. “And to quote a prior director of CDC, ‘If it weren’t a health problem, why would all these people be dying from it?’ The point here being that it can be studied as any other health problem is, and for other health problems, we recognize that understanding the nature of the problem and how to intervene lies at the foundation of effective treatment and prevention efforts."

Studying the nature of the problem is common, he says.

"We do that for motor vehicle injuries, opioid overdoses. We do it for heart disease and cancer. We need to do it for firearm violence," he says.

California is one of six states with a “red flag” statute called a gun violence restraining order that allows family members or law enforcement officials to go to a judge and ask that firearms are taken away from a particular troubled person’s possession. (The other states with similar statutes are Connecticut, Washington, Oregon, Indiana and, most recently, Florida.)

Wintemute says the research center is still going over the data in terms of such statues' effectiveness, but anecdotally they appear to be a success. He expects more states to adapt such statutes, especially after National Rifle Association allies have come out in support of the measures since the Parkland shooting.

“The available data suggests that they work,” he says. “Had such a policy been in place in Florida [before the attack] and used, it might well have prevented the Parkland shooting, and that’s a matter of general knowledge now.”

Even with the growing efforts at the state level, Wintemute says it is imperative that a centralized federal agency to help lead the initiative, be that the CDC, the National Institutes of Health or another source.

“I’m talking about the large projects that sometimes address the most important questions, questions that can’t be addressed on a small scale,” Wintemute says. “Projects that might cost several million to complete. Without that level of support, those questions simply will not be answered. And I don’t think it’s realistic to expect individual states to pony up that kind of money.”

In regard to the second part of its mission, Barber says research supports the fact that gun owners are no more likely to be suicidal or to have a mental health problem than non-gun owners. They were, though, more likely to die in a suicide attempt.

“So it seemed like, well, that means we need to get word to gun owners and their families … So who are the right messengers for this message for the gun-owning community? Well, probably you’re going to trust the messenger when it’s a firearm instructor, when it’s a gun shop owner, when it’s a lecture at the spaghetti dinner at the sportsman club,” Barber says.

A decade ago, she says, neither the suicide-prevention movement or gun owner groups were talking about each other.

“For the suicide prevention groups, they were well aware that gun access was a risk factor for suicide, but they felt it was too controversial to talk about guns because they had a very narrow perception that talking about guns meant taking a stand on gun control,” Barber says. “When instead, there’s tremendous scope for common ground, for nonlegislative solutions to the issue of firearm access and suicide.”

“That statistic, in some regards, conceals more than it reveals because there’s a tale of two very different populations in the United States,” Barber says.

This article is based off an interview that aired on PRI’s “Science Friday” with Ira Flatow.

Editor's note: This story has been updated to correct a spelling error in Garen Wintemute's name.