One of the thousands of posts by Russia's Internet Research Agency that aimed to sow politcal discord in the US and potetntially help Russia's energy sector.

US House of Representatives Committee on Science, Space, and Technology

Russian internet trolls from the same outfit blamed for meddling in the 2016 US presidential election also created more than 9,000 social media posts designed to stir up enmity around energy and natural gas projects in the US, such as the Dakota Access Pipeline, according to a report from the Republican majority of the House Science, Space, and Technology Committee.

The House Science Committee, chaired by Republican Lamar Smith of Texas, prepared the report. It analyzed how that Russian troll farm — which is also under scrutiny by Special Counsel Robert Mueller — hyped controversies about pipelines, hydraulic fracturing and climate change on Facebook, Twitter and Instagram.

Energy reporter Tim Puko of The Wall Street Journal says that while the posts, which were created by Russia's Internet Research Agency (IRA), were meant to create controversial debate in the US, they should also be viewed in terms of how they might have helped Russia's own energy sector.

“We've heard about the IRA and all the different ways they allegedly tried to sow discord in the election through homing in our racial issues and hot-button issues like that,” Puko says. “This is the first time that we've heard of them trying to stir things up in America in a way that would directly benefit Russia, potentially.”

This has to do with how the world of energy has changed in the past 10 years, Puko says. Oil production has boomed in both the US and Russia. While Russia is still the world's leading oil producer, the most recent data suggest the US will soon compete with Russia for that title. Both countries are also huge natural gas producers, and the US is starting to export much of its natural gas.

“So, these two countries, in a very real way, on a global stage, are competing for markets in energy,” Puko explains. “And if there's something that Russia can do to undermine development of oil and gas in the US, that stands to benefit Russia. Because that's less supply the US can put on the market and more room for Russia to sell more of its supply.” 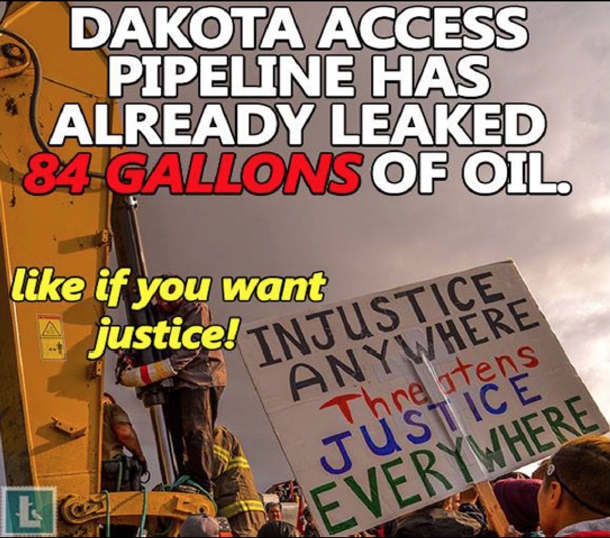 House of Representatives Committee on Science, Space, and Technology

Social media companies turned over to the committee social-media posts from some of the same Russian agents who were caught up in the Mueller investigation, Puko says. Many were “meme-like posts created…to take the side of environmentalists in different controversies surrounding oil and gas development and new pipelines.”

“It was pretty clear that these posts were designed to inflame fears in people who have environmental concerns or health concerns about, typically, fossil fuel development,” Puko says. The campaign does not appear to have succeeded, however, according to the House report. The posts seem to have had minimal engagement on social media.

Puko finds it “startling” that the IRA devoted so much of their resources to this particular topic. “It goes back to this idea of Russia and the US competing on the global stage,” he says. “The outcome, if it were successful, would be to undermine production in the US, undermine the country's ability to get newfound supplies of oil and gas from the center of the country to coastal ports where it's exported.”

The report, which Puko notes was not a bipartisan effort, also claims that "the Kremlin is manipulating environmental groups in an attempt to carry out their agenda.” In addition, last June, committee Chairman Lamar Smith, a longtime denier of climate change, sent a letter to Treasury Secretary Steven Mnuchin claiming that shell companies and private foundations were passing Russian money to big environmental groups here in the United States.

“You hear those claims a lot in Washington these days. Personally, I'd like to see more evidence on that,” Puko says. “I don't know how much veracity there is to those claims. It's important to note that these [environmental] groups have legitimate concerns, even if there are some Russian trolls out in the internet trying to incite fears. Pipelines can pose a lot of risks to the environment. There are a lot of studies out there which suggest that living near a well site, in particular, can be dangerous to health in one way or another. These are very legitimate concerns.”