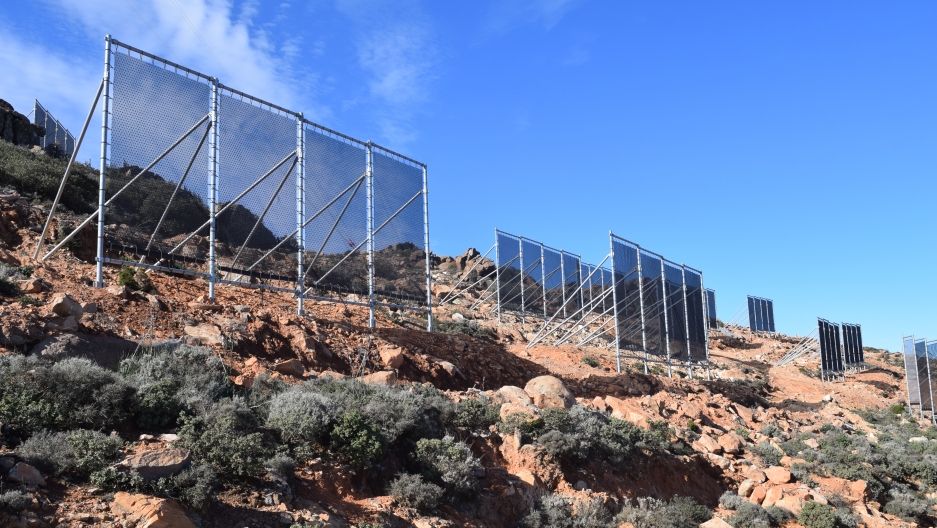 These German “Cloudfisher” nets erected on Mount Boutmezguida can harvest thousands of gallons of water from the sky on foggy days and withstand winds of up to 75 miles an hour.

Share
For billions of people, opening a tap is a mundane task. But not for Nsoda Bokhilfa.

That’s because until recently, she and hundreds of other women living in the Ait Baamrane tribal region of southwest Morocco didn’t have running water. Instead, they had to walk up to three hours a day to fetch water from local wells. Even with all that effort, it wasn’t always safe to drink.

But now all 1,200 villagers living there have access to safe drinking water.

This isn’t thanks to the rain gods. The region, only 20 miles from the Sahara, receives just about five and a half inches of rain a year — barely 10 percent of the global average. Instead, the water here comes from the territory’s bountiful source of fog — an average of 143 foggy days a year in the nearby mountains.

“On a really good day, you feel like you’re walking in a cloud," says Mounir Abbar, the fog technician for the NGO Dar Si Hmad. 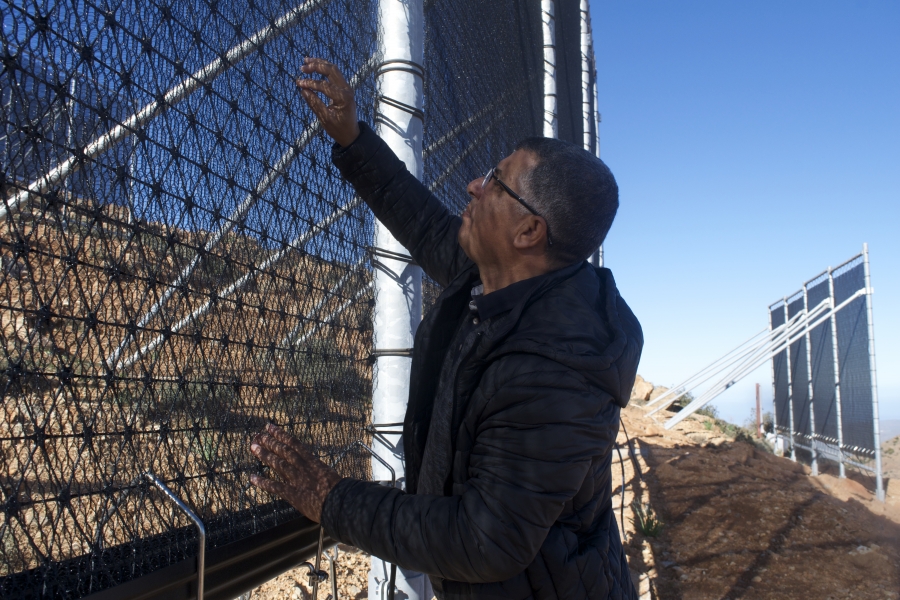 Mounir Abbar is the “fog technician” for the local development NGO Dar Si Hmad. When there’s fog up in these mountains, he says, “it’s magnificent.”

At the top of nearby Mount Boutmezguida, the organization has installed 15 honeycomb-shaped nets that have the capabilities of turning fog into as much as 5,000 of gallons of water a day — that’s more than enough to service all the local villagers, whose average use is just under seven gallons of water a day.

Getting from fog to water

The fog harvesting process can only work in certain parts of the world. First, there has to be a mountain range. And second, there needs to be a nearby body of water. Ait Bamraane has both.

Using a German technology called Cloudfisher, the nets at the top of Mount Boutmezguida captures fog as it rolls off the Atlantic Ocean. Droplets condense on the nets and then fall into a basin and then through a filtration system before descending through pipes to the surrounding villages.

Residents pay a small price for the water, but they say it’s worth it.

“I now have a lot of free time to do other things," says Mohammed Hamou Ali, a 24-year-old student from one of the villages who also works on the fog net project. 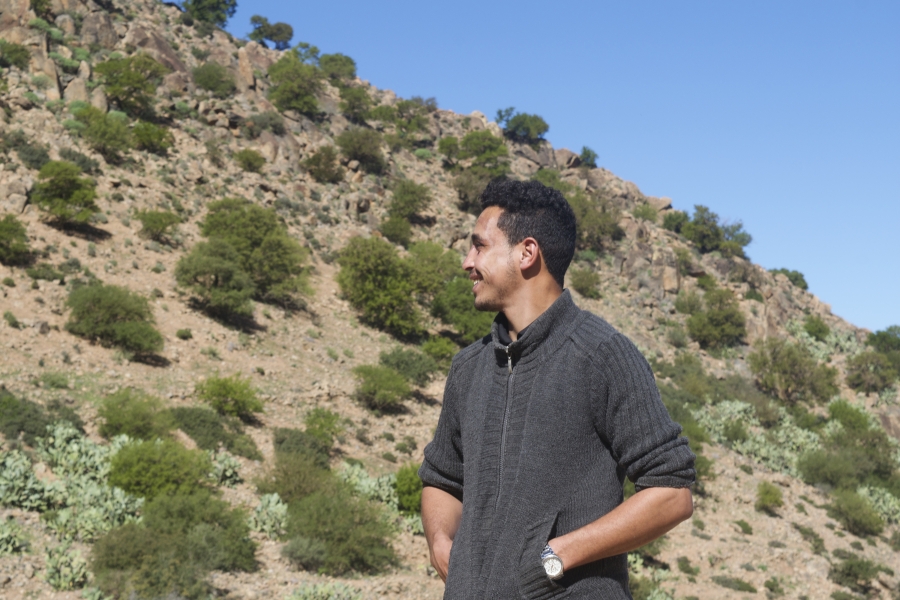 Mohammed Hamou Ali, 24, says one of the best things about the fog water system is the time it frees up for his family to focus on things besides fetching water, like their work producing argan oil.

Hamou Ali says he and his family can now focus on their work producing argan oil, one of the region’s most profitable products.

Spread out over several remote villages, the extra time freed up from not walking to get water can make a big difference.

While the project has been an overall success, Dar Si Hmad is open about its initial challenges in getting people to trust the new technology. 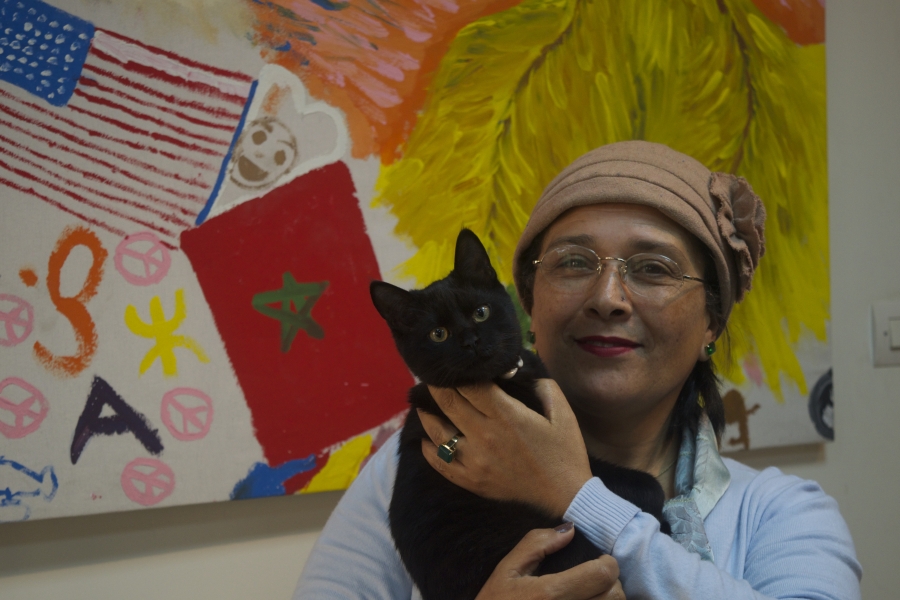 There was also resistance from some women, who took pride in their roles as "water warriors," tasked with providing such an essential resource.

To help ease the transition, Dar Si Hmad opened a water school, where young boys and girls learn about the fundamentals of water management, irrigation and sustainability.

And community members say they're happy to now have the opportunity to send their kids to school instead of sending them to get water.

“My kids think about nothing but their studies,” says Nsoda Bokhilfa. “They don’t have to think about getting water.”

Fog harvesting as a global solution

Around 40 percent of the world’s population faces water shortages. That includes some two billion without safe drinking water and over 4.5 billion living without proper sanitation.

While fog harvesting isn’t a solution that can work everywhere, similar projects are underway in the mountainous regions of Yemen, Chile, Mexico and South Africa.

The nets may soon make their way to northern California to help address the state’s ongoing drought. 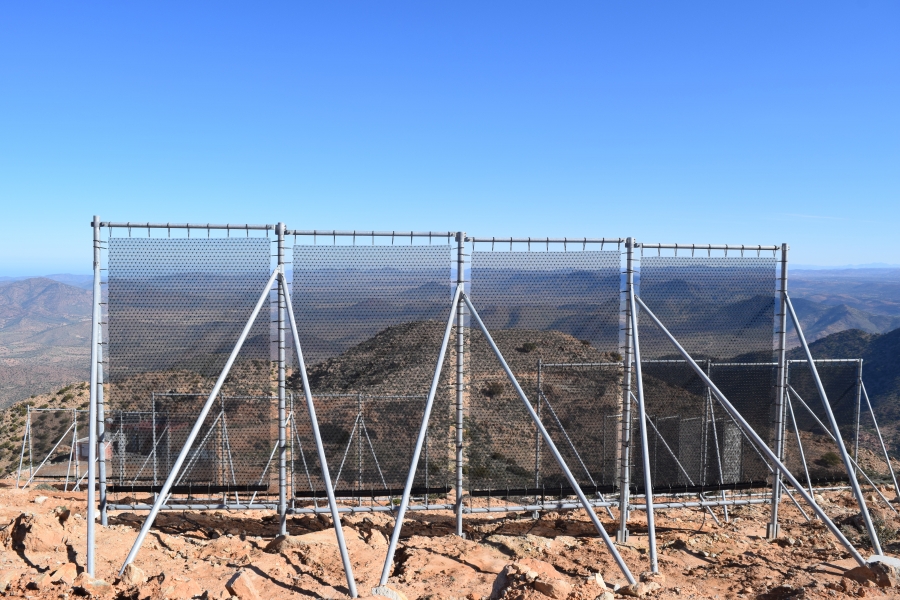 Fog nets like these may soon make their way to northern California to help address the state’s ongoing drought.