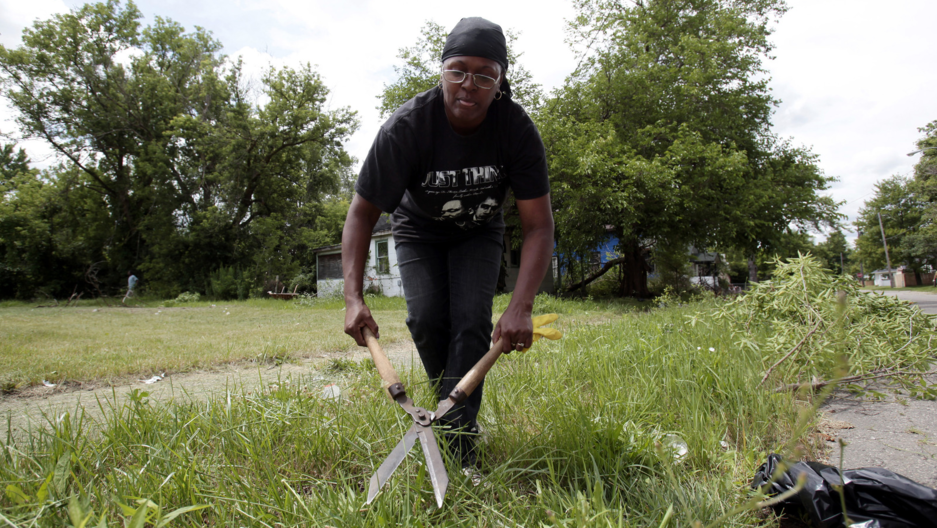 Rhonada Collier clears away tree branches in front of an abandoned house in an attempt to make her once-thriving working-class neighborhood that is now littered with blight look better in Flint, Michigan. As communities from Buffalo to Milwaukee struggle with shuttered factories and vacant neighborhoods, some have turned abandoned properties into parks, gardens and other open space, even going so far as to plow under entire neighborhoods.

Neighborhoods struggling with physical decline and high crime often become safer simply when local residents work together to fix up their neighborhood. My colleagues and I at the University of Michigan School of Public Health Youth Violence Prevention Center have spent nearly a decade documenting why. Research from cities across the United States shows how small changes to urban environments — like planting flowers or adding benches — reduce violence.

The result is an emerging crime prevention theory we call “busy streets.” Here’s how it works.

From broken windows to busy streets

Busy streets flips the logic of the broken windows theory — a controversial criminological approach to public safety — on its head. Broken windows defenders see urban disorder in US cities — graffiti, litter, actual broken windows and the like — as a catalyst of antisocial behavior. So they direct police to crack down on minor offenses like vandalism, turnstile jumping and public drinking.

Proponents of busy streets theory, on the other hand, believe it’s better for neighborhoods to clean up and maintain their own city streets.

Our research in Flint, Michigan — a once-prosperous manufacturing hub near Detroit that’s now synonymous with industrial decline, unemployment and crime — documents this process in action. 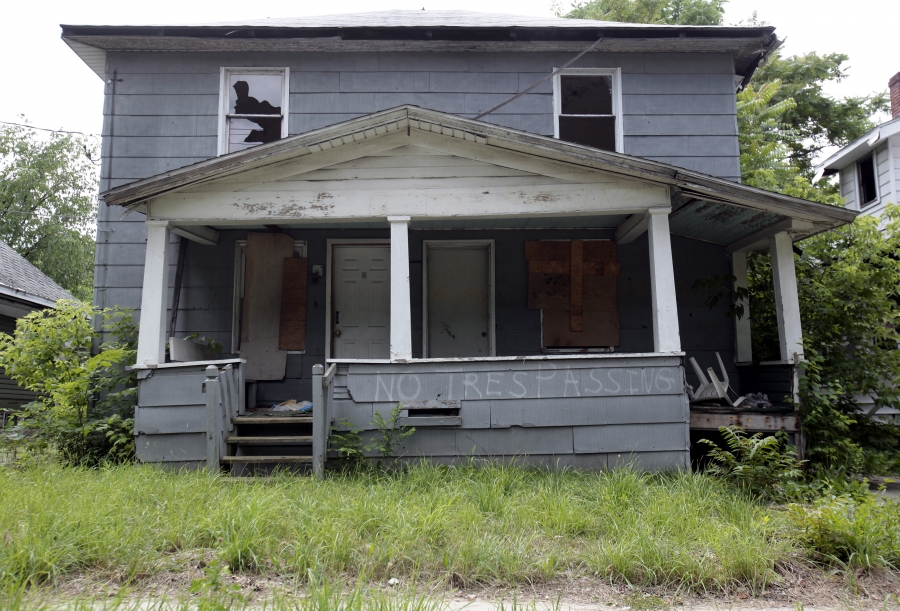 Many of the once-thriving working-class neighborhoods of Flint, Michigan, have been largely abandoned.

Flint’s median income today is less than $26,000, and more than half of families with children live in poverty. It lost 27 percent of its residents since 1990, US census data show. Nearly 1 in 5 homes is vacant. Crime followed this cycle of abandonment and decay, as it has in postindustrial cities across the Rust Belt. Flint now has the second-highest homicide rate among US cities with populations under 100,000, after Gary, Indiana.

In 2012, the University Avenue Corridor Coalition — a group of residents, businesses and two local colleges — decided to try to prevent crime by fixing up a 3-mile stretch of University Avenue running through the Carriagetown neighborhood of central Flint. We began measuring their results in 2014.

The group started holding frequent neighborhood cleanup days to fix up vacant lots and abandoned buildings, symbolically “owning” them by adding lighting, sidewalk repair, benches and plantings. The owners were usually happy to allow neighbors to fix up their private property for free. Sometimes, they even pitched in.

Those changes, we observed, inspired other homeowners and businesses on this flat, three-lane road to spruce up their properties, too — what one local resident called the “spreading effect of pride.”

“I think that people really just needed to see that, ‘Hey, somebody does care about this other than just us,‘” said a coalition member.

The group also successfully pushed to get a local corner liquor store — dubbed the “Stab 'n’ Grab” because fights broke out there so often — transformed into a Jimmy John’s sandwich shop. That may sound like just another chain restaurant, but in this part of Flint there are few businesses and almost nowhere else to eat. A new sandwich shop was a huge development.

The vacant lot across the street from the Jimmy John’s, previously a favorite public drinking spot, was turned into a park called University Square. It now hosts regular events, replete with food trucks and lawn games.

When people drive by this once derelict intersection and see a block party underway, a community organizer told me, their jaws drop.

These surface-level environmental changes turned out to have profound economic and societal effects on this part of central Flint.

We surveyed residents there in 2014 — before the intervention began — as well as in 2016 and 2017. We are now preparing the results of the Flint study for publication in an academic journal, but here’s a snapshot of our findings.

Over time, community members reported fewer mental health problems, said they’d been victims of crime less often, and felt less afraid. That’s probably because crime did go down along the University Avenue Corridor: According to the coalition’s latest report, assaults decreased 54 percent, robberies 83 percent and burglaries 76 percent between 2013 and 2018.

To test the connection with the coalition’s work, we compared this area to a control group of Flint neighborhoods that had suffered similar levels of disinvestment and urban decay. We learned that places where empty lots were being maintained by the community had nearly 40 percent fewer assaults and violent crimes than untouched vacant lots.

This finding is similar to data from other cities. From 1999 to 2008, for example, the city of Philadelphia cleaned up 4,436 vacant lots, signaling “ownership” with fencing, benches, plantings and the like. Gun assaults in areas where the interventions occurred dropped by 29 percent over three years. Nuisance crimes like loitering and vandalism declined 30 percent.

Philadelphia also saw economic gains from maintaining empty land and fixing up abandoned properties. According to an economic analysis published in the American Journal of Public Health in 2016, for every dollar spent reoccupying an abandoned building, taxpayers saved $5 in potential criminal justice costs. Cleaned-up vacant lots saved the city even more: $26 per dollar spent.

People in areas of Philadelphia with newly greened lots also reported exercising more and experiencing less stress, presumably because they felt more comfortable being outside.

In other words, when neighbors work together to clean up, say, an empty lot, they don’t just eliminate the kind of dark, empty place that lends itself to criminal activity. There are spin-off effects, too.

Nicer public spaces encourage more people to spent time in those places, which helps neighbors get to know each other. And when people know each other, they look out for each other, monitoring activity in their neighborhood more closely. Streets get busy.

We also found that the efforts to upgrade public spaces along the University Corridor spurred a modest local economic recovery.

Before the 2013 intervention, very few businesses were operating in the area. From 2015 to 2017, seven new businesses opened. More commerce makes streets busier, too.

Role of the police

Based on our surveys, University Corridor residents were also more willing to report crimes to the police after the 2013 intervention began.

This was critical in this mostly African American neighborhood, where many people expressed mistrust in local law enforcement. They said officers were “never around when you need them.”

So when Kettering University, one of two partner colleges in the University Corridor coalition, got a grant that financed more police presence in the area, many locals said they were grateful.

Police can lay the foundation for neighborhood revitalization efforts to succeed. The aim is not to aggressively flood high-crime areas with police – as cities like New York and Newark did in their broken windows days – but rather to increase foot patrols. This shows residents that the city cares about their neighborhood and their safety.

But law enforcement is not the main reason “busy streets” work to prevent crime. Rather, after years of studying community resilience, I believe that locally driven revitalization projects make troubled neighborhoods safer because they recognize residents not as victims but as agents of change.

Together, neighbors help people rebuild the kind of economic and social fabric that keeps communities healthy.

This article has been updated to more accurately reflect Flint’s current population size and homicide rate.

Marc A Zimmerman is a professor at the University of Michigan