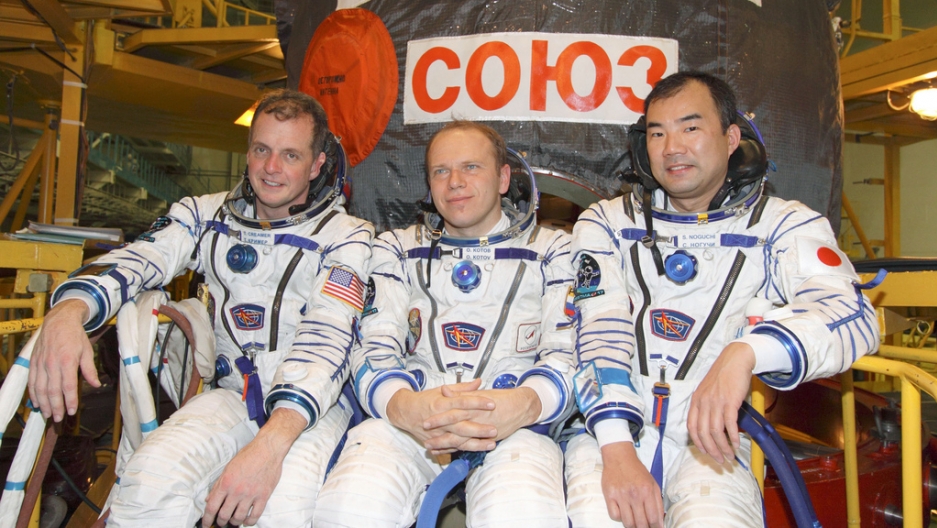 It may be hard to believe, but the 20th anniversary of the International Space Station’s initial launch will take place in November. In those soon-to-be two decades, the ISS has proven to be immensely helpful in facilitating research on microgravity — and it remains the only destinations for astronauts moving through Earth’s lower orbit.

Recent news out of Washington, though, has raised questions about the station’s future. President Donald Trump has hinted at the possibility of the US ending its part in the funding of the ISS by 2025. Besides the US, the ISS consortium consists of Canada, Japan, the Russian Federation and 11 member states of the European Space Agency, including France, Germany and the United Kingdom. Political issues aside, there is also the issue of upkeep: The station is aging, with some parts dating back to the ’90s and the ’80s. Even in near-zero gravity, the station suffers from wear and tear, including fatigue problems with the station’s docking area and damage from encounters with micro-meteoroids.

Sandra Magnus, a former NASA astronaut and executive director emeritus of the American Institute of Aeronautics and Astronautics, was on the last shuttle crew to go to the station. She says her crewmates brought “10,000 pounds of stuff” to the station, mostly replacement boxes and spare parts to assist with maintenance.

“When you talk about the certification of the space station and how long it can remain on orbit, the real limiting factor is the structure, and the structural integrity, because there’s a lot of piece parts that were designed to be replaced,” she says. “And NASA has indeed done that over the years.”

In the US, private space travel companies — like Elon Musk's SpaceX and Jeff Bezo's Blue Origin — have emerged to take up some of the activities, like supplying ISS, that were previously performed by government space agencies. Magnus says it is important to know that any advancements made by those companies will be built on top of a foundation of aerospace knowledge accumulated across more than 50 years of government investment, research and development.

“The government across the board — not just NASA — will continue to need the ability to do research in space, both in low Earth orbit and beyond. And that’s never going to go away. It’s just a matter of what type, and intelligently designing our research program that benefits everybody,” Magnus says.

“We have to continue to push that envelope so 50 years from now the next wave continues to have access to that expanding knowledge base that research and development provides.”

It's true that private companies are positioning themselves to step forward if the ISS is retired — or if government agencies withdraw their support. Bigelow Aerospace is hoping to develop its own name recognition when it comes to commercial space habitats and satellites. The Las Vegas-based company recently created a spinoff venture by the name of Bigelow Space Operations (BSO) specifically with the goal of building and selling private space stations.

Bigelow currently has an inflatable module, the Bigelow Expandable Activity Module (BEAM), attached to the ISS as part of a two-year demonstration project approved by NASA. BEAM is the only privately owned and human-related expandable habitat in space, according to Blair Bigelow, the vice president for corporate strategy for Bigelow Aerospace and Bigelow Space Operations.

She says the Trump administration’s comments have added urgency to the company's efforts.

When it comes to potential customers, Blair Bigelow says her company is in the process of reaching out to governments, corporations, universities and individuals. Although she cannot name a price point for travel to and use of their space habitats, the goal is to make them relatively affordable.

“We are going to be opening up access to space for many countries and many corporations at prices that have never been offered before in history,” she says.

BSO would love one of its first and primary customers to be NASA, Blair says. The hope would be to work hand-in-hand with the organization so that the research on microgravity can continue to be conducted — while NASA can share its experience regarding safety protocols and general knowledge.

“They’ve been there, done that. So we aren’t trying to reinvent the wheel,” Blair says. “We want to do things efficiently and smart, but we also understand the enormous responsibility of keeping humans alive in space.”

Magnus loves the aspirations of a company like Bigelow. The next great advancements in science and technology depend on getting as many researchers actually up in space.

“Life up there is really magical. We’re very busy, but just living in the microgravity environment the way we do gives you a whole different appreciation for it. And I think that’s really the key — having a platform that’s constantly in that environment allows us to test and develop technology and explore the boundaries of science that we can’t do on Earth,” Magnus says.

“When you live in microgravity, you understand it in a different way," she says. "So I think getting people up there who have technical training and creative sparks to actually internalize what that microgravity environment is all about will really expand the possibilities of what we may be doing in space from a not government-based, but more of an economic development side, and I’m actually excited about those possibilities.”