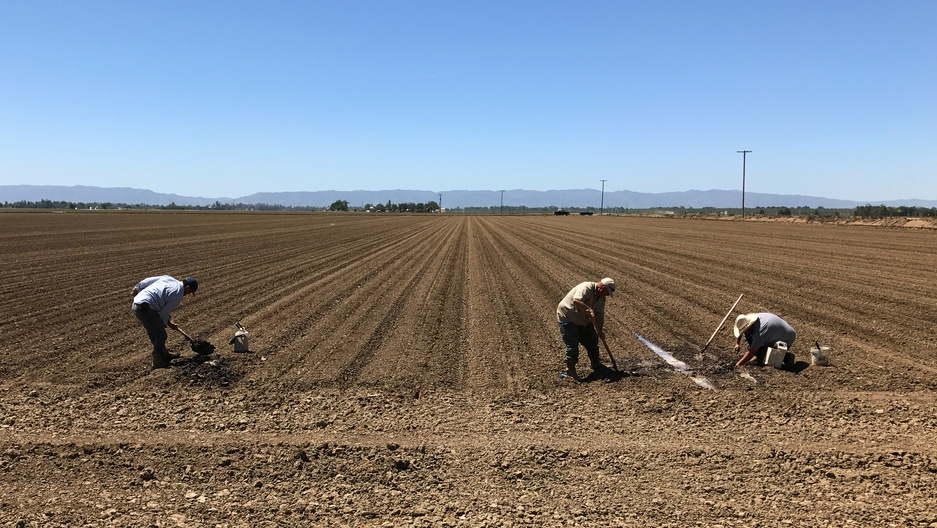 Fourteen-hour shifts on a ranch was grueling work. Yet this man, who requested anonymity, loved his job of tending to sick horses on the outskirts of Los Angeles. He adores the animals — he grew up caring for them in Mexico, his home country. His passion for the job shone through, even as he talked about the long hours and back-breaking work.

But this rancher, who is undocumented, is scared. His hands shook as he told his story. He is terrified of immigration officials finding him and deporting him back to Mexico.

After weeks of working on the ranch, the man said his boss shorted him on his paycheck. He repeatedly asked to be paid in full but received a text message that he said read: “Illegals like you should return to their countries, soon immigration will visit you.” He can’t prove his boss sent it, but he believes that to be the case.

The man took his case to the California Labor Commission and petitioned for unpaid wages. A court found his employer had not paid him and found the employer guilty of making threats involving the rancher's undocumented status.

These threats, called immigration retaliation, are increasing in California.

“We’re seeing just a growing, not just retaliation against immigrant workers, but an emboldening of employers who are making these kinds of threats blatantly,” said Julie Su, California's labor commissioner. “Increasingly, employers are so emboldened that we have had employers call my office to say, 'Do you know that this worker who filed a complaint is illegally in the country and if you pursue me I’m going to have ICE come and get her?'”

Immigration-related retaliation has grown tenfold in California in the past two years, according to Su. There were nine cases in 2014 and 2015; from 2016 through January 2018 there were 115. Yet advocates and lawyers believe even that number is a vast undercount, as most undocumented workers are likely too scared to report an employer.

Attorney Sebastian Sanchez of the nonprofit legal group Bet Tzedek helps workers file claims for unpaid wages with the state. Increasingly, they're also filing claims for immigration retaliation. “We’ve seen retaliation claims based on [not] just firing workers, but bringing up immigration status. It's something that was not happening in the recent past,” Sanchez said.

Advocates say James Balsamo is one of those employers. Balsamo denies making threats about deportation, but he agrees he did not pay his employee.

Balsamo is a contractor in Los Angeles who buys “ugly houses” and renovates them. “I turn junk into pearls,” Balsamo said. “This is what I do.”

The Labor Commission accused Balsamo of not not paying one of his workers at an LA rennovation, and then making immigration-related threats to the worker.

Balsamo said he hired a worker to tile a bathroom for $900. He said the worker did a terrible job and he asked him to redo it. The worker demanded to get paid for the days he had already worked — six days according to court records — but Balsamo refused.

While Balsamo asked him the contractor to redo the work, the worker insisted on getting paid. When Balsamo refused payment, the worker said he would call the Labor Commission. According to court records, Balsamo perceived this as a threat. In response, Balsamo texted the worker that he was going to call the police.

Court records show that Balsamo also texted this: “You want to come to my job & create a issue, I will handcuff you take you into custody, & wait for I.C.E. to come take you in for felony threats …”

Su fined Balsamo $100,000 for violating the Labor Code by engaging in immigration-related retaliation. Balsamo isn’t moved by the plight of workers like the one he admitted to not paying.

“I don't have any empathy for the guy,” Balsamo said. “I hope he gets caught, I really do at this point.”

Advocates say that these threats keep workers from turning to law enforcement over wage theft. Wage theft costs Los Angeles workers $26 million a week, according to the Labor Center at the University of California, Los Angeles.

One parking attendant, who requested anonymity, said his paycheck bounced and when he asked for his full pay of $800 his boss told him he was going to report him to immigration. He too filed a case with the Labor Commission.

“I have another case where the employer also texted the worker and said ‘hey, how would you like for ICE to find out that you're here?’” Sanchez said. “It's almost like the employers know that these are the keywords to throw out right now. There’s a climate of fear, let’s take advantage of it.”

As for the rancher, he now stays inside his home, only venturing to the store across the street and to a job when he gets work. He says he has seen immigration officers on his block.

“They have passed around here and since I recognize the cars I hide,” he said. He won his case with the Labor Commission for back wages, but he has not yet received any payment. “If I get the money back that I earned, I might just go back to Mexico instead of risking getting caught by ICE,” he added.

This story was originally reported for KCET's Socal Connected and you can watch the full television report here. Additional reporting contributed by Lata Pandya.