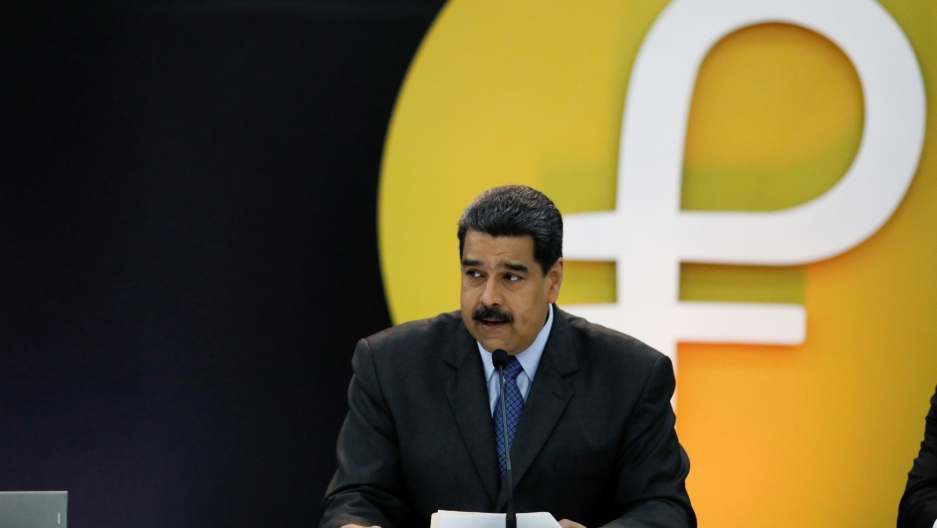 People are fascinated by cryptocurrency. It’s not hard to see the appeal — you could make millions.

And that’s what Venezuela seems to be counting on. This week, Venezuela launched the petro, the world’s first government-backed cryptocurrency.

President Nicolás Maduro hopes it will help fix the country’s dire financial situation by sidestepping US sanctions and providing an alternative to cash, which is nearly worthless in Venezuela due to the soaring inflation rate.

The petro is backed by some of the country’s massive oil reserves in an effort to give it some credibility.

“It's been something that Maduro says to point at the riches of the country, and to give investors some certainty that they may be paid back if they do invest in the petro,” says Patricia Laya, Bloomberg’s Venezuela bureau chief.

But financial institutions are likely to be wary, she says. Venezuela’s already in default on some of its bonds and inflation is reaching quadruple digits.

Venezuelans themselves, however, are ready to give it a chance. The petro has been mentioned all over TV and social media, and the government has been working hard to educate its citizens about cryptocurrency. "Venezuela has become a crypto-nation, out of nowhere, in just a matter of months," says Laya.

Maduro sees the petro as “the silver bullet, the solution to his problems,” she says. He claims the government attracted $735 million in presales from foreign investors on the day it was launched.

The petro will be available to the public for purchase on March 20. But it’ll be months before enough data is gathered to know if cryptocurrency can be the silver bullet Venezuela is hoping for.

You can listen to The World’s full interview with Patricia Laya above.