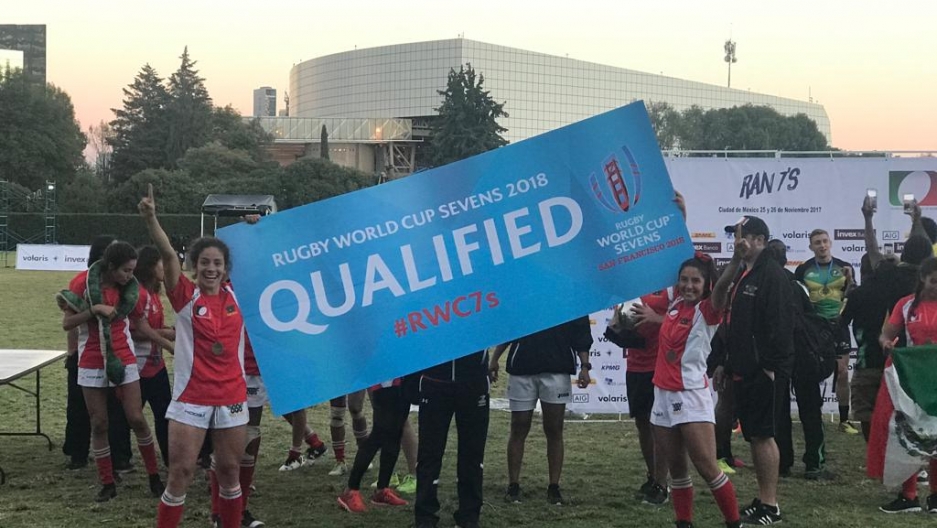 The Mexico women's rugby team qualified for the world championships — something that would have been unthinkable just a few years ago.

Rugby is a game that favors big, strong players who can tackle their opponents to the ground. The Mexican women’s national team isn't big. In their green, white and red uniforms, the women look tiny next to some of their competitors.

But at an international qualifying tournament in Mexico City last year, the women showed off their biggest asset: speed. Over and over, they outran their rivals — so much so that they won the tournament and earned a spot in this year’s rugby sevens World Cup, which will be held in San Francisco in July.

As the Mexican women clinched the victory, the crowd of approximately 500 people clapped wildly and began singing the popular song "Cielito Lindo."

This triumph was unimaginable just five years ago. Ten years ago, it would have been straight up laughable.

Heriberto Lachica, Mexico’s national development manager for rugby, said that a decade ago there was hardly a local rugby team to be found in Mexico, men or women’s. That changed about five years ago when rugby was added to the country’s annual youth Olympics tournament. Half a dozen women’s teams formed at the time. Fast-forward to today and there are around 50 women’s rugby teams in Mexico, Lachica said.

The sport’s growth in Mexico corresponds with a broader push to develop the game internationally and expand its popularity beyond traditional strongholds like England and former British colonies.

It was included in the 2016 Olympics for the first time since 1924. And the number of players climbed from 5.5 million in 2012 to 8.5 million in 2016, according to the World Rugby organization. A substantial part of that growth occurred in Asia and Latin America, said the organization’s Jen Gray, who oversees operations in North America.

“The challenge that we have is really just getting eyeballs on the sport and then from there converting people into playing,” she said.

That was the case for many of the women on Mexico’s national team, who were exposed to the sport in college. Alma Jiménez had never even heard of rugby before her college team asked her to join. She said she had played football — the American kind — in high school, but when she first saw a rugby game she was skeptical.

“The sport seemed really weird and funny to me,” she recalled. “The way people were lifted in the air and all the tackling. But I am someone who really likes contact in sports, and it fascinated me. After playing my first game, I was hooked.”

Over the next few years, Jiménez often ended up training with men because there weren’t a lot of women rugby players. She said rugby has taught her to be strong, physically and emotionally.

“In rugby, women, like men, can show what they are made of. There’s a lot of machismo in Mexico. But the world of rugby values respect, discipline, solidarity, and it doesn’t matter if you are a man, women, big, tall, fat or skinny — in rugby everyone can play.”

The growth of women’s rugby in Mexico underscores the shifting gender dynamics in Mexico.

Just last year, the country for the first time started a professional women’s soccer league. The league has turned into a big success and attracted tens of thousands of fans to its championship game.

Rugby has a long ways to go before it reaches anywhere near that kind of popularity, but Lachica said the sport nonetheless exemplifies female empowerment. 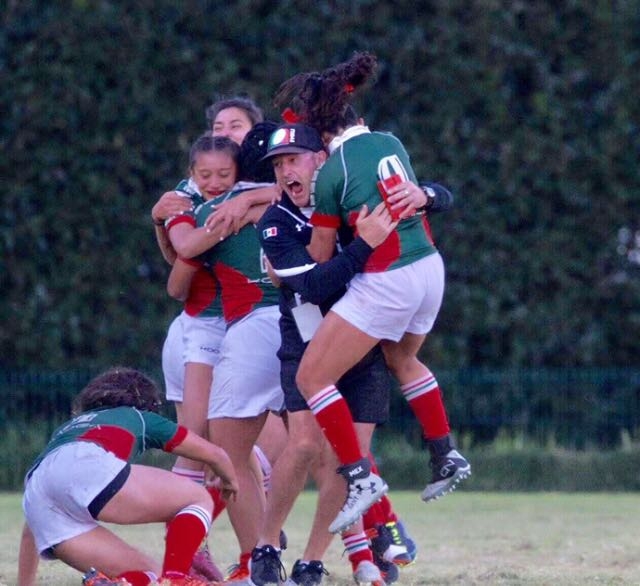 “When we watch women playing rugby — they’re very fierce. That machista element is just out of the picture. So we hope that because more women are playing it will eventually impact the culture of sports.”

Robin MacDowell, the coach of the Mexican women’s team, echoed that sentiment. He pointed to one lanky player on the team and said her mom probably wanted her to be a model. She wanted to play rugby instead.

“Any girl that plays rugby knows that she can tackle the world. It definitely gives women confidence.”

MacDowell was playing on an elite Canadian team when he met one of the Mexican players at a tournament. She asked MacDowell if he would help coach the women’s national team. That was six years ago. He started out as an assistant and took over as head coach last year. MacDowell still lives in Canada and flies down to Mexico regularly to train the team.

As the women celebrated the World Cup-qualifying victory, he beamed with happiness and pride.

A previous version of this story misspelled Robin MacDowell's name.