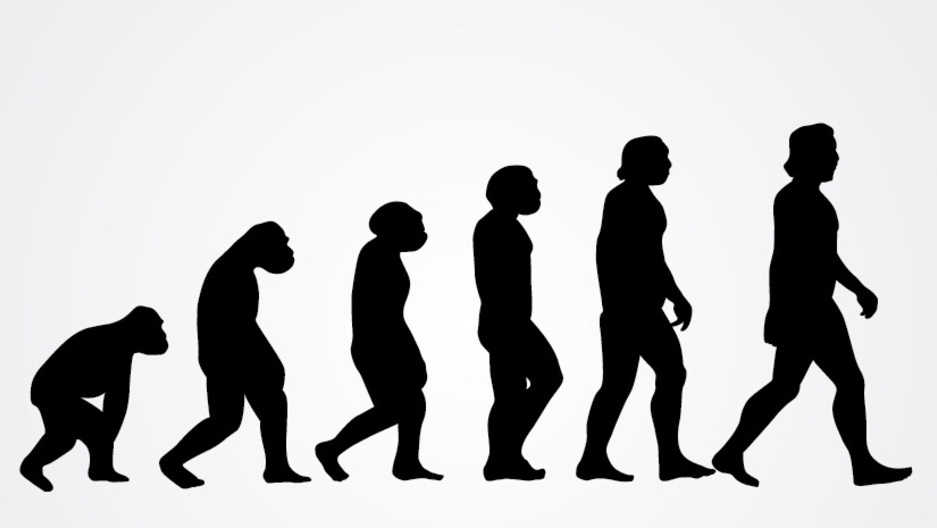 Humans are the only creatures on Earth that can choke on their own food.

Yes, that’s right. Because we have funky plumbing.  There’s a crucial split in our throats — one path that leads to the esophagus and the stomach, and another that leads to our larynx, or voice box. 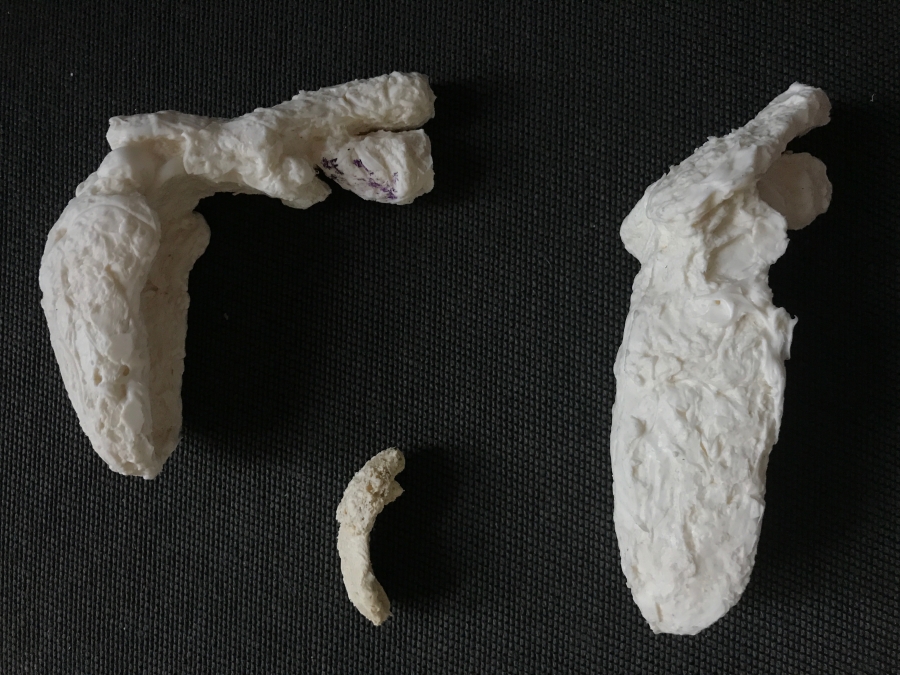 These are silicon casts of vocal tracts — the airways and cavities filling the mouth and nose —3D shapes of where our words come from.

Why would humans have evolved such potentially fatal architecture? Some experts say the reason is speech, suggesting speech might pre-date Homo sapiens, going back to Neanderthals, or even Homo erectus, our likely ancestors from millions of years ago. This is all theoretical of course. There are no million-year-old recordings. But some of these ideas are gaining steam.

Philip Lieberman, an evolutionary biologist at Brown University studies the evolution of speech in Neanderthals.

This week on The World in Words, reporter Ari Daniel from our partner program NOVA explores several theories about where language comes from.

00:14 The sounds of Patrick’s daughter

2:00 Philip Lieberman, an evolutionary biologist and professor emeritus at Brown University studies casts of the vocal tracts of humans

4:25 We’re the only animals on Earth that have a common pathway for food, liquid, and air, which allows us basically to choke to death.

5:15 Why would we ever develop such an odd kind of plumbing?

5:31 Lieberman thinks that speech is the reason for the strange architecture of our throats

6:16 For a long time we assumed Neanderthals were just “dumb brutes” but overtime these assumptions have changed

7:21 Neanderthals had to have been able to speak to communicate how to make tools according to Lieberman

9:42 Lieberman coached an actor on how to speak like a Neanderthal in the 1984 movie Iceman

11:04 Noam Chomsky has been a pivotal figure in modern linguistics, developing the theory of universal grammar that language is innate to Homo sapiens.

12:05 Language evolution for a long time was considered a taboo topic

13:15 Dan Everett spends a good deal of time in the Brazilian Amazon Rainforest to get to know and learn from a group of people called the Pirahã.

14:20 The sound of the Pirahã language being sung and whistled

14:50 What has caused the most controversy is the understanding that the Pirahã language lacks recursion

15:30 Chomsky asserts that recursion is the fundamental building block of all human language. Everett disagrees

17:00 Everett believes that language might go back 1.9 million years ago to Homo erectus

20:15 Everett’s theory is not mainstream by any means

20:45 Everett’s theory on what Homo erectus might’ve sounded like

21:10 The debate about where language comes from rages on and on

Thanks also to author Christine Kenneally who contributed to the podcast. If you are interested in learning more about language evolution be sure to check out her book, The First Word: the Search for the Origins of Language